OPINION: The Centre asks for and gets 'one tight slap' from ILO 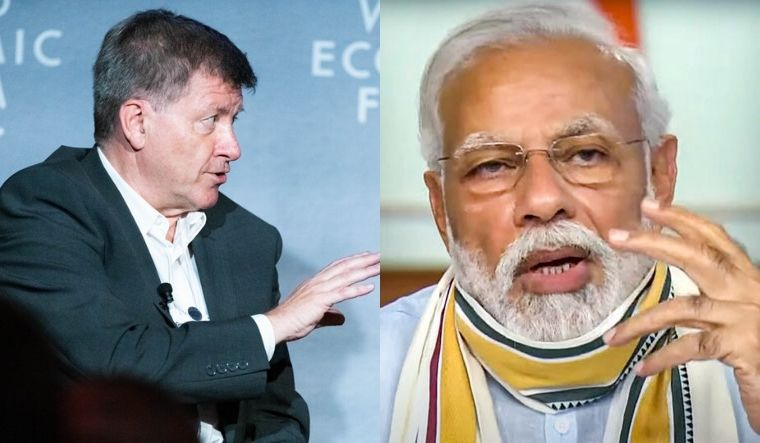 The report last week that Guy Ryder, the taciturn Director General (DG) of the even more taciturn International Labour Organisation (ILO), had expressed ‘deep concern’ over the ‘dilution’ of labour laws by some Indian states is damaging. But what is an international shocker, is that the DG has requested Prime Minister Narendra Modi to send a ‘clear message’ to some of India’s state governments and to the central government itself to uphold India’s international commitments and its labour laws.

Simply put, sans diplomacy, the director general, is asking the prime minister to send the message to Modi himself, for it is he who heads India’s central government.

Having spent 20 years at the ILO, I can vouch that it is the most reluctant-to-open-its-mouth UN Agency. Unlike say, UNICEF, which you will find in the media nineteen to a dozen times a day, you will never find the ILO much in the media.

The ILO rarely ever says anything, except through its skilfully drafted, million times re-drafted, malice-towards-none and acceptable-to-all international conventions and resolutions, that can be interpreted to mean whatever any government wants it to mean. The fact that, even then, in its 100 years, the ILO has adopted only 190 international conventions shows how reticent it can be.

When the ILO expresses an opinion, it does so by attributing its views to its faceless governing body that meets just twice a year or to the even more impersonal International Labour Conference that meets once a year. A statement attributed to the director general happens once in a blue moon and is always clothed in vague generalities, and in long-winded diplomatese.

The reason for such circumspection is that the ILO is dependent for its success on global consensus, and therefore, does not want to offend anyone, least of all a government of its member country. The ILO does not have the influence of the UN and the power of the veto-wielding security council, or the money of the UNDP, World Bank, IMF, etc nor the media savviness of UNICEF. Nevertheless, for a century now the ILO has been bridging that unbridgeable global gap between those who count--the world’s rich business houses and corporates, which it calls the employers’ organisations--and those who don’t count--the world’s countless poor, which it calls the workers.

The ILO has steadfastly brought international focus on the world’s most vulnerable, upon unorganised workers, agricultural labourers, migrants in search of work, on gender disparities in the workplace, and on the issues of the millions of the world’s temporary, casual and daily wage earners. It has been a focus on those who do not count.

The ILO tries to make those who don’t count, count. But must do so, without treading on those who count, namely the world’s most powerful employers, and the governments who often represent them.

I don’t then blame Guy Ryder for not opening his mouth too often. Never know which of the powerful in governments, employers and trade unions you will offend!

Surprisingly–or perhaps unsurprisingly–the ILO’s reticent balancing act has had a string of successes. Many of what are now our common-place social thoughts and concepts that are an integral part of our thinking today, are contributions of the ILO, imbibed across continents and time.

The concept of equal pay for equal work, upon which lies the foundation of gender equity in the workplace is a contribution of the ILO. The abolition of child labour and the thought that the place for a child is the school and not the field or the factory, the abolition of forced and bonded labour are ILO contributions. Social dialogue, social protection and the need for putting in place social safety nets are influences of the ILO to global social thought.

The fundamental principle of the ILO is its belief in a difficult to define and even more difficult to achieve ideal–social justice. In my years in the ILO, I realised that the organisation believes in its own dictum, that poverty anywhere constitutes a threat to prosperity everywhere.

The act of balancing the world’s rich employers and its poor workers stems from ILO’s persistent goal of social justice and is the most defining aspect of its work. In this balancing act, the ILO puts the governments of its member countries, all 187 of them, at the fulcrum.

Among the three parties, it is the governments that are the most important to the ILO. Governments are sovereign, while employers and trade unions–even though some of them behave as though they are–are not.

Therefore, the ILO is hardly ever critical of a government. If it must be critical, the criticism is always couched in multiple layers of sugar. Never have I ever known  the ILO–and certainly not its DG–make a direct offensive on any government, not even upon the governments of its weakest member countries.

India, on the other hand, is not a weak country. And in the ILO, it certainly is not. It is a founding member of the ILO, joining it in 1919, while still a British colony. It has a hundred-year history with the ILO. While India is rarely on the decision-making bodies of other UN agencies, India is a permanent member of ILO’s governing body and have influenced and held each other in high esteem always.

Therefore, at a time when India has been howdying up to the world and hobnobbing with the rich and the powerful countries, the director general’s ‘appeal’ to the prime minister to send a clear message to himself is a tight slap on the government’s face.

No, it is not a slap on the nation’s face, but only on the government’s face. For it was on the initiative of the nation’s trade unions seeking the ILO’s intervention to protect workers’ rights and international labour standards that the DG decided for once to speak up.

The nation is with its poor. Only the Centre and some state governments strayed.

But the devil must also be given its due. And truth be told. The ILO’s slap on the government’s cheek, has had its impact. Some of the state governments have begun to roll back the anti-labour policies that they have put in place under the cover of the COVID-19 pandemic. A double whammy for our poor has been avoided.

The government has begun to turn the other cheek.

The author, a former IAS officer, had worked at the ILO for about two decades. He can be contacted at mpjoseph@hotmail.co.uk.