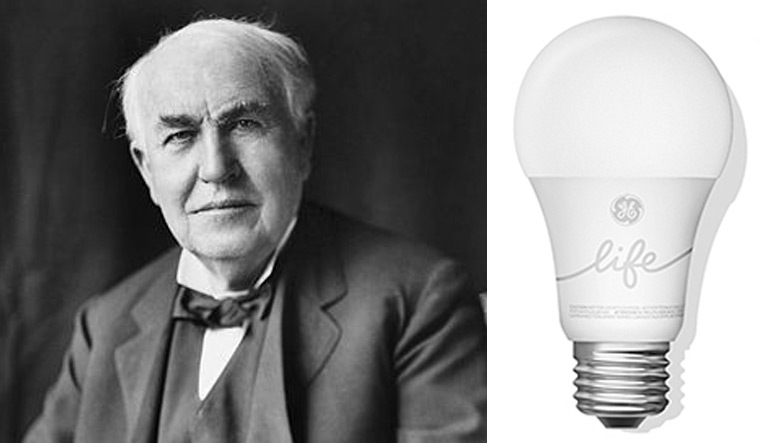 GE, whose founder Thomas Edison is famously credited with inventing the lightbulb, has been trying to sell its lighting division since 2017. The move comes as the company struggles with falling revenues, with CEO Larry Culp telling investors that it expects negative cash flow in 2020, as commercial jet engine installs drop by about 45 per cent amid  the halt in global air travel affects GE’s aviation business.

GE said they would have to layoff 10 per cent of their aviation staff—cutting 13,000 jobs in their jet engine division alone.

Though Edison began his career by founding a lightbulb company, General Electric, which emerged from a merger with one of Edison's rivals, grew into an industrial pwoerhouse, manufacturing everything from jet engines to automobiles.

By 2017, lighting made up just two per cent of the company’s revenues, according to a CNN Money report from the time.

Under the deal with Savant Systems, GE bulbs would continue to be sold under the GE name. Savant, a Massachusetts-based company with products in the Internet-of-Things space, hopes that the GE lighting acquisition will turn them into the leading smart bulb manufacturer.

According to a statement by GE, the deal will create “an industry leader combining GE’s brand, lighting expertise and retailer channels with Savant’s innovative smart home technology and professional installation channels for the home”.

“For nearly 130 years, GE Lighting has been at the forefront of every major lighting innovation, from the dawn of incandescent bulbs to industry-first LED and smart solutions along with the world’s first voice-embedded lighting product,” GE said.