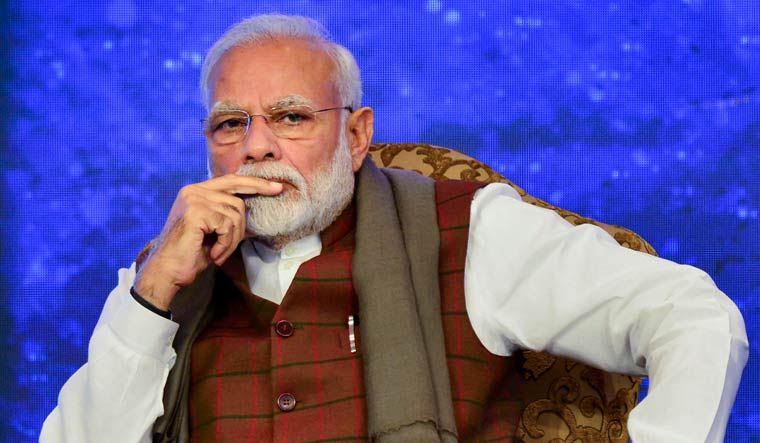 On May 30, Narendra Modi will complete one year since his second term as India's Prime Minister began in 2019.

From Achhe Din to Aatma Nirbhar, the evolution of Narendra Modi since he first assumed office in the summer of 2014 is a study in guts and glory—almost. He is a leader bold enough to take the road less taken to pursue his vision, yet his street-cred ensures he does not bat an eyelid before washing his hands off experiments that do not go his way.

The optics matter most to Modi—no matter the outcome, the message must be resounding and messianic. Throughout his first tenure, optics cut through the clutter of the actual realisation on the ground, from ‘Swachch Bharat’ to ‘Make in India’. He gambled spectacularly with demonetisation and GST—failing spectacularly with the first (at least in terms of economic objectives), with the tax restructure of the latter still a work in progress.

Modi 2.0 so far may have seemed like his hands were tied due to the shape of the economy, but the prime minister has shown through the last 12 months that he still relishes a nice dose of disruption once in a while. 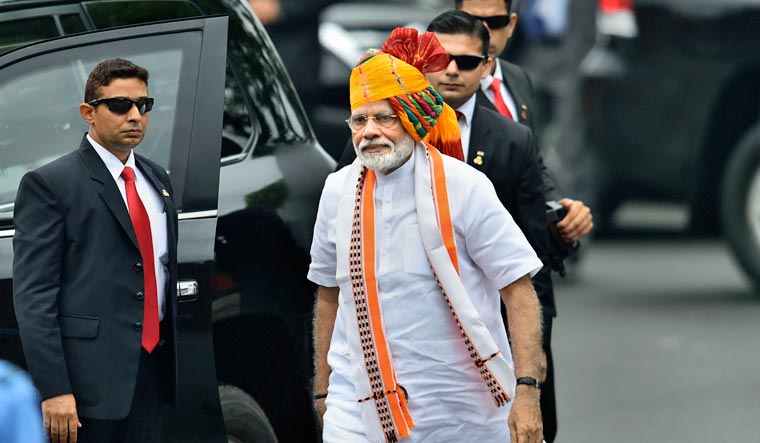 Prime Minister Narendra Modi leaves after meeting with children on the occasion of 73rd Independence Day, at the historic Red Fort in New Delhi, on Thursday | PTI

The workaholic PM wasted no time in putting up his vision for his second tenure, which was to make India a $5 trillion economy by 2024 (the eve of the next general elections). From laying it out to NITI Aayog just a few days after taking office to making it the core of his independence day speech, PM Modi made his intentions for Modi 2.0 crystal clear—more disruptive reforms, structural changes and better ease of doing business. The aim, to catalyse the economy to double in the next five years or so to the $5 trillion mark. COVID-19 may make it seem like this is a dream that died, but do not forget that the prime minister overarched with the idea last summer when an economic slowdown was already the writing on the wall.

A slowing down of the rural economy, which is an extension of the agriculture sector, maybe one of the biggest reasons behind the dip in India’s recent growth rate (pre-COVID-19, of course), but that could still be Modi 2.0’s saviour, going forward. With the mantra of ‘doubling farmer income’, he had finance minister Nirmala Sitharaman work out reforms in the sector to push up private investment and relax agricultural procurement rules to enable farmers to sell and store better, as well as improve access to loans.

While the agriculture sector got the most attention (beside MSMEs) in last week’s major set of reforms—which came disguised as a COVID-19 stimulus package—it fits in nicely with Modi’s vision of developing the hinterland. The cherry on the cake would be a good monsoon heading our way.

Modi’s economic agenda does not disguise its ambition to shift India from its services and consumption-led focus to becoming a manufacturing hub that will become a repository where the world comes to shop. While catchphrases like ‘Make in India’ as well as the recent ‘Vocal For Local’ fulfilled the need for optics, last summer’s slashing of India’s corporate tax slabs to the lowest in Asia was supposed to be the silver bullet to make it happen. Further announcements among Sitharaman’s ‘relief’ package would take care of the rest, is the line of thinking in North Block. 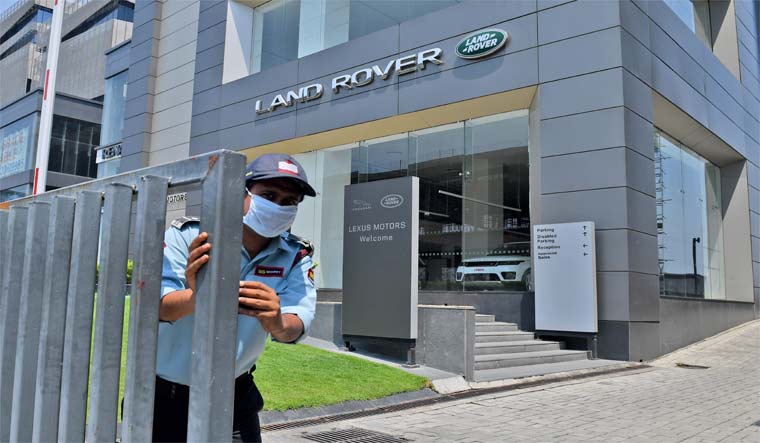 Representational image: The auto sector in India was facing problems long before the national lockdown brought it to a halt | Salil Bera

For all his bold agenda, Modi’s reforms often came a cropper on the highway between vision and realisation. And nowhere was this more starkly seen than in the strident electric vehicle push Modi 2.0 made in its first few months. Some attribute the failure of the policy initiative for its unrealistic deadlines—a NITI Aayog call to only allow electric bikes and cars to be sold after 2030 had the conventional auto industry recoiling like a cat that was fed boiled milk. Other blame the ‘ambitions’ harboured by transport minister Nitin Gadkari; either way, the damage was felt by both.

The administration’s persistent ignoring of the SOSes from corporate India throughout the economic slowdown of the past 18 months left a bad taste. Many business leaders privately fume, saying they do not expect anything from this government, even as they publicly hailing each and every ‘package’ or RBI-tweak. This was particularly true of the auto and real estate sectors, which were not only battered on one side by the economic slowdown but had a double whammy of new regulations; including some that felt as if they were deliberately promulgated to cut the sector down to size, like the e-vehicle and BS-VI push for the auto sector and RERA for realty. When the economy slowdown showed no signs of letting up even in the first couple of months of 2020, Modi was faced with a tough prospect over the coming years. But, the coronavirus pandemic has become his ‘escape-from-blame’ card. It means that GDP will plummet below zero, but the prime minister stays at the top of his ‘optics’ game.

Moreover, Modi shrewdly seized upon the pandemic to unleash his Rs 20 lakh crore ‘relief’ package—which has more been a sweeping wave of structural reforms aimed to mid-to-long-term growth. Best-case scenario? It will show an uptick just in time for the next Lok Sabha elections.

Yet, that is no solace to the millions across cities and industrial townships who are grappling with lost livelihoods or the immediate prospect of it. Or to the millions of migrant labourers labouring on to their native places and heading towards an uncertain future. The middle-classes are sick with worry over salary cuts and job losses, while businesses are yet to be reassured despite multiple announcements of loans, rate cuts and moratoriums. Modi may have forgotten his 2014 catchphrase, but for his people, there is no better time than right now for a magic potion of ‘achhe din’.