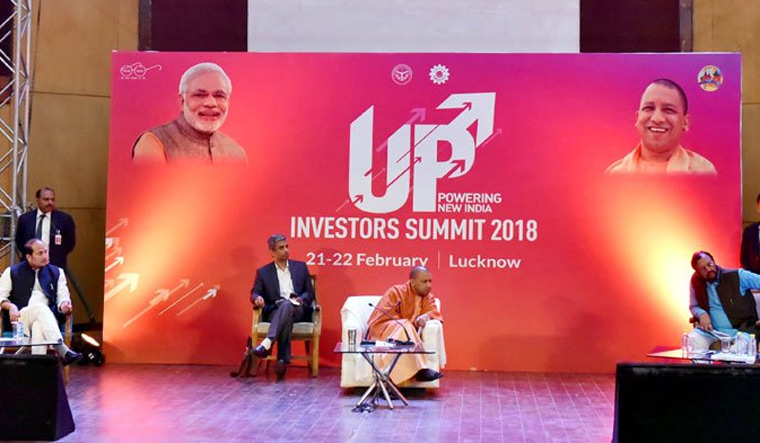 The new race is actually an old race, but the prize up for grabs at the finish line is now much more loftier – and way ambitious. Indian states are girding up their loins to hook and line up businesses leaving China. And they're leaving no stone unturned.

Egging them on is none other than India's marketing manager-in-chief Narendra Modi. In his latest address to the nation, the prime minister spoke of his new game plan 'Atma Nirbhar India' or a self-reliant India that is 'vocal for local'. Only, the 'local'  here very much has global ambitions—Modi's going local is more about developing India's manufacturing capabilities to attract businesses from all over the world than any grassroots-level attempt at empowerment.

Or, to be more specific, take a rather large juicy bite out of the pie of businesses packing up and shuffling out of China due to a variety of reasons, be it shipping or production disruptions due to the pandemic shutdown, the US-China trade strife, or quite simply, to mitigate risks of concentrating all of one's businesses in one single country. Recently, Modi had also specifically exhorted states to woo businesses leaving China following the novel coronavirus scare.

First in line was the all-too obliging suitor Japan. Both Gujarat as well as Uttar Pradesh aimed a Cupid's arrow at it, especially with the Japanese govt offering 2.2 billion package to help its businesses get out of China. While Gujarat wrote to Japan government as well as business houses inviting them to the state, offering anything from land to subsidies, UP made overtures showcasing its business hubs bordering Delhi, and also the upcoming Defence Park and the Jewar airport and the prospects of its catchment areas, stretching all the way to Agra.

“Each state can be a champion in the areas of strength they have,” pointed Guruprasad Mohapatra, secretary DPIIT. “As we aim for more global brands (as part of the PM's call), states will play a major role in this.”

While at least some of India's more business-savvy states have always had a sort of passive competitive mentality, the all-encompassing shake-up that COVID-19 is causing has given even traditionally complacent ones a motive to get pro-business an added urgency. Two months of lockdown came only as the whip-lashing of a very stingy tail that was the economic slowdown of the past 18 months. Below-par GST collections and central allocations (there were many delays last year) mean that states have little money to spend—the lockdown meant they also had to forego on the meagre revenue they subsisted on, like excise and land revenue.

Finance Minister Nirmal Sitharaman's financial stimulus package has provisions to let states borrow beyond their limits (from 3 per cent to 5 per cent). However this comes with a caveat on how the states will perform, from sustainability of the debt to attracting investment and improvement of urban infrastructure.

No wonder states like UP and MP, traditionally not known as industrial hubs, are rolling out the red carpet. While UP has formed an economic task force to attract investment, even states like Assam and Odisha are touting their USPs. From Assam, which highlights its subsidised electricity, to Punjab, which points out how its 'Invest Punjab' department has all the powers of 43 of agencies from where clearances are required, the go-get-it attitude is perceptible. Andhra Pradesh industries minister Mekapati Goutham Reddy recently said at an Assocham meeting, “We call ourselves 'providers'- we were the fastest in opening up after the lockdown.”

Take the case of German footwear brand Von Wellx, which has shifted out of China to set up footwear unit in Agra on the invitation of UP government, which they say will throw up 10,000 direct and indirect jobs. Ashish Jain, director and CEO of Latric Industries which handles their Indian operations explains, “The UP government was very eager to help at different levels and have also announced economic packages for companies moving in. This was a major parameter."

Meanwhile, the traditional biggies are not sitting back. Haryana, which has used its proximity to Delhi to turn itself into an industrial powerhouse in the past few decades, intends to capitalise on its highways, peripheral expressways and the upcoming freight corridor. Post-COVID response will also be a crucial reckoner. “Haryana was quick and responsive in getting industries back to work,” pointed out Deputy Chief Minister Dushyant Chautala, adding, “If I see (COVID) as a crisis, it will (only give us) a hard time. But (what) if I see it as an opportunity?”

It's not going to be a cakewalk, though. While there might be one high-profile case of Apple deciding to invest one billion dollars in manufacturing its smartphones in India, there are many others leaving China, but not to India. According to a study by the Japanese consultants Nomura, out of the 56 companies that shifted manufacturing out of China between April 2018 and August 2019, only three had chosen India. Almost half of the businesses chose Vietnam, while Taiwan and Thailand also performed well.

The reason is not far to seek—ease of doing business. India is a lowly 63rd in World Bank's 'Ease of Doing Business' index, though the present government has never stopped tom-toming it from the rooftops how much India has improved in recent years (it's among the top ten in countries racing up the ranks). Yet, fear of India's bureaucratic red tape, complicated system of getting clearances, and constant tweaking of rules and taxes, still act as forbidding sentrymen scaring away potential investors.

“Yes, there is adversity,” says Mekapati. “But look at the positives as well. Adds Dibya Shankar Mishra, Odisha industries minister, “There is no competition between Indian states. We are (all) different, we can share.”

For Indian states, the black swan event is an opportunity to wipe the slate clean and forge ahead with fresh credentials. And it fits in neatly with the government's aim to restructure Indian economy from services-led to manufacturing-led. “The COVID disruption makes us realise the importance of bringing up manufacturing in the country,” said Ramesh Nair, CEO, Adani Solar. Presently manufacturing is around 16 per cent of India's GDP, with Nair believing that a hike to at least 30 per cent is in order. “That's what the country and the young generation needs,” he said.