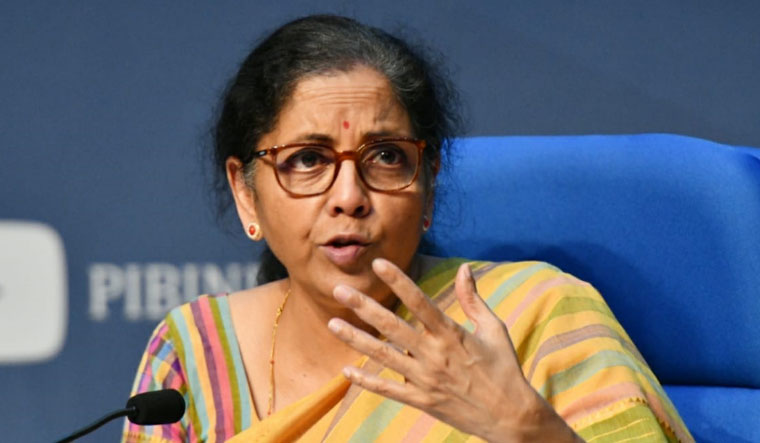 A day after announcing Rs 6 lakh crore worth relief measures to resurrect the economy from COVID-induced slowdown, Finance Minister Nirmala Sitharaman was on Thursday back with the second tranche of announcements as part of the Rs 20 lakh crore economic stimulus package. Today's announcements addressed migrant workers, street vendors, middle-class families and small farmers.

In the first measure read out on Thursday, Sitharaman announced free food grain supply to all migrants for next two months. In addition to the already existing benefits and beneficiaries, non card-holders will also be given free food grains. Migrants staying at government shelter homes or NGOs can approach for the benefit. Food grains worth Rs 35,000 crore will be made available for this. 5kg per person for non card-holders, too.

National portability of PDS cards: The government is also working towards a 'one nation, one ration card' for all. Under the idea, a ration card-holder can get ration in any part of the country by March 2021. About 80 per cent or 67 crore of PDS beneficiaries across 23 states will be benefited by the scheme.

The government to launch Rs 5,000 crore worth easy credit facility for more than 50 lakh street vendors. Rs 10,000 initial working capital for the street vendors who have been rendered out of work under the lockdown.

Credit-linked subsidy scheme for affordable housing introduced in 2017 will now be extended to March 2021. The scheme, which had benefited around 3.3 lakh families till now, was to end by March 2020. With the extension, another 2.5 lakh middle class will be able to join the scheme. The move is aimed to improve the conditions in the real estate sector.

The Centre has announced a fund to help small and marginal farmers. Rs 30,000 crore additional emergency working capital funding through NABARD. The move is estimated to aid around three crore farmers. The fund will be utilised for meeting the post harvest (rabi) and current kharif requirement in May and June.

About three crore marginal farmers have already availed Rs 4 lakh crore of loans on concessional rates, the FM said unveiling the second tranche of the economic package. Liquidity support measures for the farmers are continuing for the last two months, despite the COVID shut down. 63 lakh farm loans worth Rs 86,600 crore have been approved between March 1 and April 30, the FM said.

Migrant workers returning to home states are being actively enrolled in MNREGA, as announced by the Centre in March. As a result, there have been 40-50 per cent increase in workers seeking labour. There is a total of 2.3 wage seekers as of now. Rs 10,000 crore has been earmarked as annual expenditure for the MNREGA wages.

Before going into the specifics of the measures, the finance minister briefed about the labour reforms in the pipeline. The Centre is trying to bring in right to universal wage for all. The government is also trying to bridge the disparity in minimum wages between states through a National Floor Wage concept. Further, compulsory letter for appointments, to bring the workers into the formal economy, are also being considered through legislation changes.

It is to be noted that Wednesday’s announcements were focused on infusing more liquidity into the system through lenders such as NBFCs and MFIs and other equity support for stressed MSMEs. However, the Rs 6 lakh crore package had failed to cheer the equity markets and investors. Many market watchers remarked that the relief measures have only addressed the supply-side constraints. The Centre has not yet adequately addressed the issue of driving demand by giving cash in the hands of people to increase consumption.