Trade deal with India is in the works, says US President 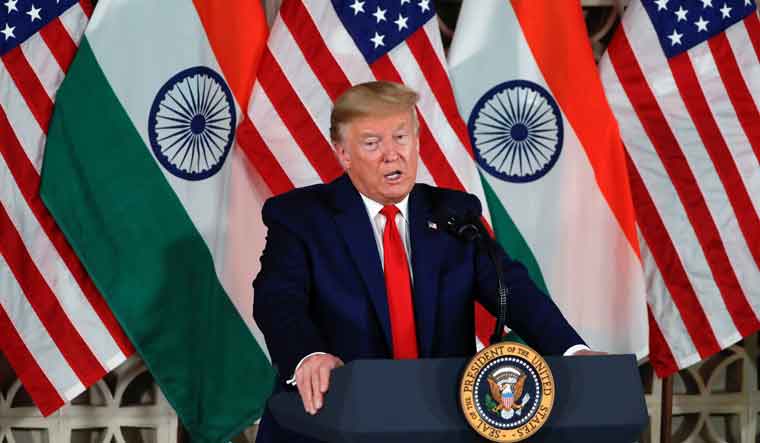 US President Donald Trump on Tuesday promised to reduce more regulations in his country as he looked for overseas investment to boost American economy.

Speaking at a meeting with CEOs, he said a trade deal with India is in the works, but did not share any details.

"It has been an honour to be here," he said on visiting India. "We just did a lot of business with India where they will buy helicopters worth $3 billion."

On Prime Minister Narendra Modi, he said, "he is very tough man, but he is also very nice man. We create jobs here, he creates jobs there (in US)," he said.

The governments, he said can only aid in creating jobs and it's private industry that actually creates jobs.

On regulations in the US, he said some of the regulations have to go through statutory process, but his government is committed to reducing a "lot more regulations."

Stating that he is going to win the coming US presidential elections that will cause the markets to boom, he said his government has done a lot for the economy, healthcare and military.