Google to shut down free WiFi at railway stations in India

Google to wind down 'Station', working with partners to transition existing sites 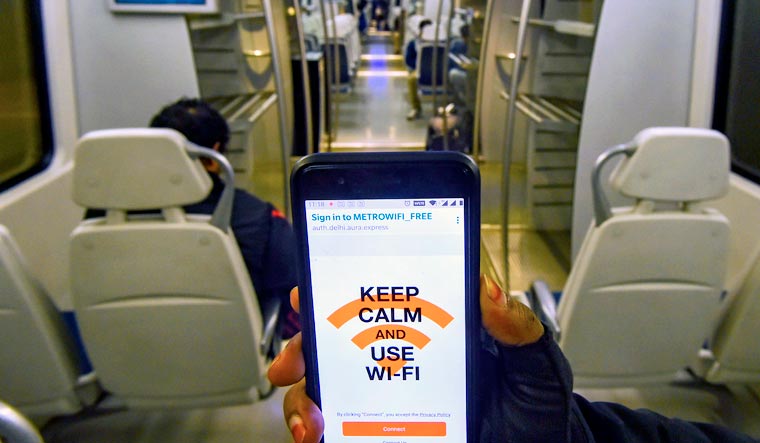 Tech giant Google on Monday said it has decided to wind down its 'Station' programme globally through 2020, including in India, given that going online has become much easier and cheaper over the last five years.

The US-based company said it is working with its partners to transition existing sites so they can remain useful resources for the community.

Google had launched 'Station' in India in 2015 in partnership with Indian Railways and Railtel to bring fast, free public WiFi to over 400 railway stations in the country by mid-2020.

"But we crossed that number by June 2018 and implemented Station in thousands of other locations around the country in partnership with telecommunications companies, ISPs and local authorities. Over time, partners in other countries asked for Station too and we responded accordingly," Google Vice President (Payments and Next Billion Users) Caesar Sengupta said in a blogpost.

He added that since then, getting online has become much simpler and cheaper and that mobile data plans have become more affordable and mobile connectivity is improving globally.

Sengupta cited the example of India, where mobile data per GB is among the cheapest in the world. He cited reports that state mobile data prices have reduced by 95 per cent in the last 5 years and Indian users consume close to 10 GB of data, each month on an average.

"And similar to what the Indian government did, several governments and local entities have kicked off their own initiatives to provide easier, cost-effective access to the internet for everyone.

In addition to this changed context, the challenge of varying technical requirements and infrastructure among our partners across countries has also made it difficult for Station to scale and be sustainable, especially for our partners," Sengupta noted.

He added that the company sees greater need and bigger opportunities in making products and features tailored to work better for the next billion user markets.

"Therefore, we've made the decision to gradually wind down the Station programme globally, through 2020. We are working with our partners to transition existing sites so they can remain useful resources for the community," he said.

Under its Next Billion Users initiative, Google has built lite apps (YouTube Go, Google Go and more), offline features (such as YouTube and Maps Offline), as well as country-specific products like Tez (now Google Pay India) and platforms like Android Go to bring lower-cost devices to customers.

"Our commitment to supporting the next billion users remains stronger than ever, from continuing our efforts to make the internet work for more people...," Sengupta said.