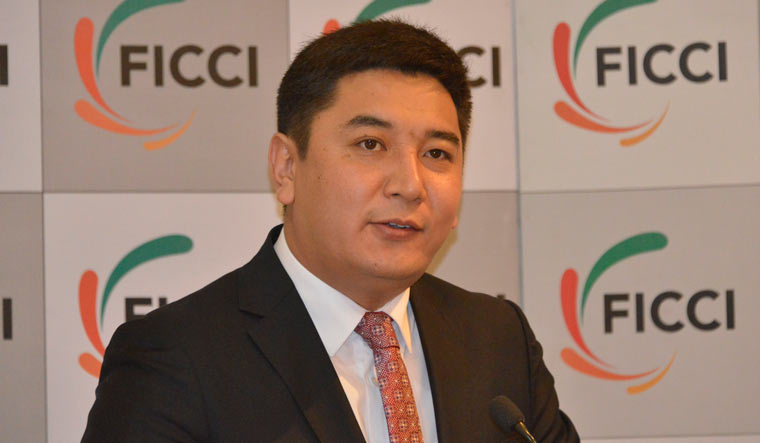 Kyrgyzstan wants to be the next Switzerland for Indians. The former Soviet central Asian country is rolling out the red carpet for Indian tourists, hoping to get a bigger chunk from the world's third biggest outbound travel market.

The little-known Central Asian republic which falls on the ancient Silk Route and was long subsumed under the shadow of the Soviet Union is now seeing a revival in interest, both for business as well as tourism. It was one of the first countries to be visited by Prime Minister Narendra Modi after his win at the Indian general elections. Beside establishing an India-Kyrgyzstan business forum during his visit, the prime minister also called on business and trade communities of both countries to explore further collaborations in areas like defence, medical tourism etc.

To capitalise on the Indian interest, Kyrgyzstan also wants to take a bite of India's foreign tourism pie. At 20,000, the number of tourists from India who visited this country last year is minuscule compared to its total tourism arrival of 8.5 million. Not just that, the figure is a fall from 25,000 who visited it a year ago.

The graph will only rise again, if Kyrgyzstan's deputy minister of culture Maksat Damir Uulu, presently leading a high-level delegation on a visit to India, has his way. “More Indians will soon get to know more about Kyrgyzstan,” he said.

“We have two unique seasons, summer and winter, that offer distinct experiences from swimming and eco-tourism in summer to horseback riding and skiing in the winter,” Uulu said. Beside roadshows for travel and tourism in India, Kyrgyzstan also plans to woo Bollywood to shoot in its scenic locales, hoping this will raise interest among Indians in visiting the country.

Kyrgyzstan should perhaps work fast if it is serious about its intention to woo Indian tourists – India is not among the 52 countries that are offered visa-on-arrival facilities by the central Asian republic. There are just two weekly direct flights from India to Kyrgyzstan's capital Bishkek, with rest of the options being transit flights via Sharjah or Almaty.