With bullet train under review, is Branson concerned about Mumbai-Pune hyperloop's fate? 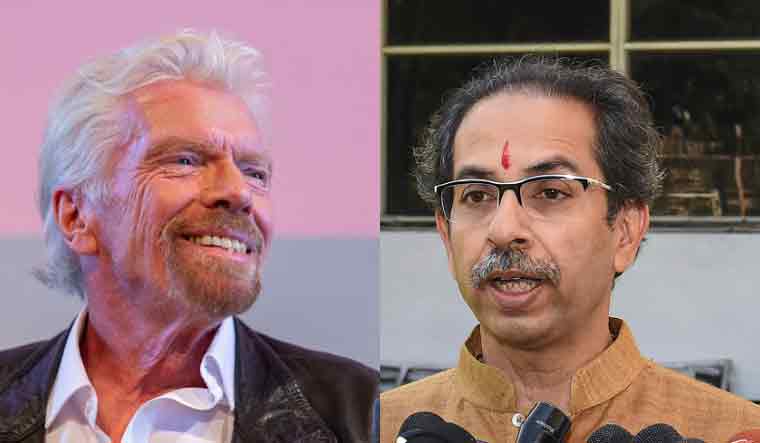 "It is just a courtesy call (with Thackeray) and also to ensure that any misunderstandings regarding the project are cleared," Branson told reporters in Mumbai.

At the same time, the Virgin Atlantic co-founder's concerns were pretty clear as he said that he wanted to ensure that the new Maharashtra government is as keen as the previous Devendra Fadnavis-led BJP government on the project. "When there is a change in administration and you've a big project going on, it is important to have a courtesy call. Uddhav Thackeray and the various coalition people that he has around them need to meet people who are doing big projects or those wanting to do big projects in their state," he said. "We just need to see whether the new government is so keen as the old government (on the project)," he added.

Branson also made it clear that the entire cost of the project will be borne by the private sector and it will not depend on any funding from the state. It is to be noted that the new Maharashtra government, which has inherited a debt worth Rs 4.71-lakh crore, decided to review the Mumbai-Ahmedabad bullet train, and instead, focus on more pressing developmental issues. Eighty one per cent of the Rs 1.1 lakh crore required for the Mumbai-Ahmedabad bullet train is being borne by Japan International Cooperation Agency. While Centre will put in Rs 10,000 crore, Maharashtra and Gujarat governments were to contribute Rs 5,000 crore each.

While the funding might not raise much concerns for Branson, acquisition of land
would prove a major hurdle for smooth sailing of the project. One of the major obstacles for the bullet train project, too, is land acquisition,

Branson said engineers at the groups hyperloop facility in Las Vegas are working on the project and they are ready to "get going quite soon" with the Mumbai-Pune project.

Hyperloop is the name given to a technology originally conceived by Tesla Inc boss Elon Musk, wherein vacuum is used to transport people very fast. The technology is yet to be commercially launched and multiple companies are working on it.

Soon after its conception, Branson's Virgin Hyperloop One had stunned all by announcing the project when Devendra Fadnavis was the state's chief minister and had promised to get the project going by 2020. The Fadnavis government had accorded infrastructure status to the Mumbai-Pune hyperloop project that seeks to reduce the travel time between the two cities to just 23 minutes.

Branson also said he is not interested in buying Air India. He expressed sadness over the shutting down of Jet Airways, and said the airline industry was not an easy sector to be in.