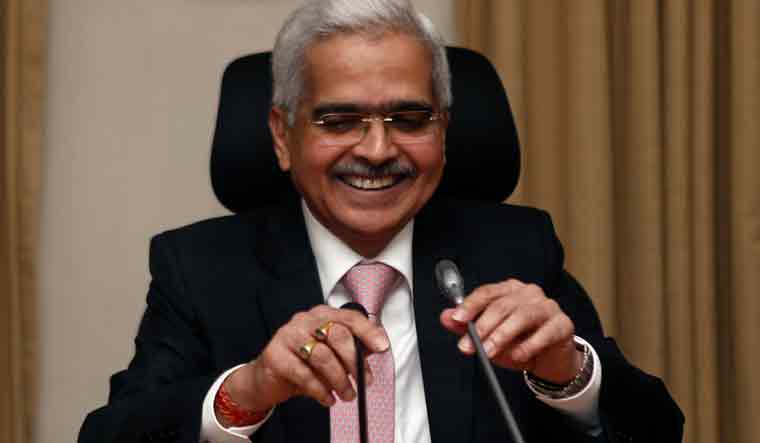 The Indian economy was given a shock treatment on Thursday when the Reserve Bank of India (RBI) maintained status quo on repo rate, halting its spree of lending rate cuts effected since February. Apart from the matters deliverated during the MPC, RBI Governor Shaktikanta Das also touched upon various other aspects, including the PMC crisis, lending to troubled NBFCs as well as its take on digital currency.

The apex bank is of the opinion that it is still "too early" to talk about an RBI-issued digital currency due to technological handicaps. But the RBI is looking into this, Das assured. He, however, made it clear that the RBI is completely against private digital currency, asserting the sovereign's right over this function.

The comments come a year after the government tagged Bitcoins and other crypto-currencies illegal and following which the RBI banned trading on them, and months after social media giant Facebook announced its plans to launch a digital currency globally called Libra.

"The world over, central banks and the governments are against private digital currency because currency issuance is a sovereign function and it has to be done by the sovereign," Das told reporters at the customary post-policy presser. "It is very early to speak on a central bank issuing digital currencies. Some discussions are going on. Technology has not fully evolved yet. It is still in very incipient stage of discussions and at RBI we have examined it internally," the governor said.

Das said discussions have also been held with governments and central banks of other countries on central bank-issued digital currencies. "As and when the technology evolves with adequate safeguards, I think it is an area where the Reserve Bank will certainly look at seriously at an appropriate time," he said.

When quizzed about the PMC Bank crisis, Das on Thursday said the forensic audit report of the lender is expected by the month-end, and efforts are also on to assess the realisable value of assets held by the cooperative that can be monetised.

The RBI has also given its suggestions on changes in regulations that are required for regulating the cooperative bank sector better. It can be noted that the RBI had on September 23 placed the city-headquartered bank under an administrator and capped the cash withdrawals, leading to public outrage. The curbs have since been lifted in multiple changes.

"There is a forensic audit underway. We will get the report by the end of this month. Assessment of the realisable value of the assets of the bank is also on," Das told reporters after the announcement of the monetary policy.

He said professional valuers are helping in valuation of PMC assets. Separately, there is a coordination mechanism in place consisting of the RBI-appointed administrator and the law enforcement authorities such as the Economic Offences Wing of the city police, the Enforcement Directorate and RBI officials for asset valuation, he added. "Once we get the forensic auditor report and get a final numbers on the realisable value, then a call will be taken on the further course of action," Das said.

Credit flow from banks to the battered non-bank lenders is improving of late and that the central bank will not allow any large shadow bank to collapse, said Das.

Without naming DHFL, which has been sent for bankruptcy, Das said the regulator is best placed to assess a non-banking lender and termed the move to take such an entity to the NCLT as a "pragmatic" step. Das said the top-50 NBFCs are being regularly monitored by the RBI as it has a fairly good idea on which of the NBFCs are "vulnerable" and made it clear that "RBI will not allow any large NBFC to collapse."

Das said the central bank has been taking a slew of measures to increase credit flow from banks to NBFCs, and said the steps taken so far have had the desired impact but did not offer any numbers. It can be noted that the NBFC sector has been under pressure since September 2018, after the collapse of infra lender IL&FS, and other names have been added to the list of stressed companies at regular intervals.

The issues started with liquidity constraints stemming from the asset liability mismatches for such entities.