In today's era, it is important to recognize every business opportunity: Modi 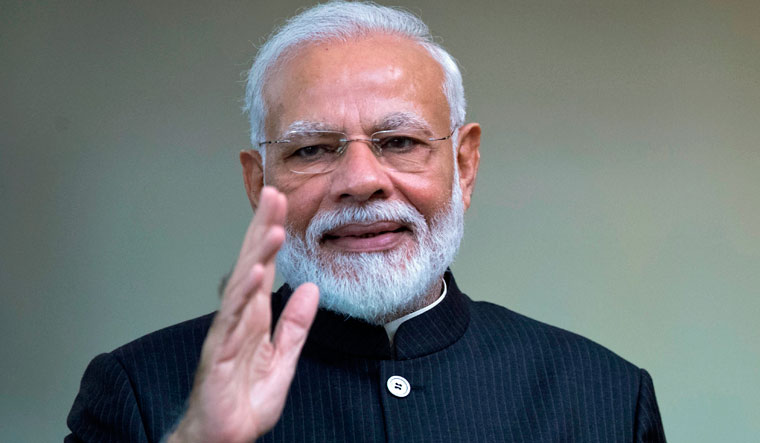 Prime Minister Narendra Modi on Thursday urged for the early opening of the New Development Bank's regional office in India and offered full backing to the multilateral finance institution in promoting global growth.

"Identification of economic complementarities among us will be important in this effort," he said, adding that BRICS countries are a ray of hope for the world's economic growth.

"I request that the work of establishing the regional office of the NDB in India should be completed soon. This will give a boost to projects in our priority areas," Modi said as he offered full backing to the multilateral finance institution in promoting global growth.

According to the BRICS joint statement, the five countries look forward to the opening of the two remaining NDB Regional Offices in Russia and India in 2020.

"Building upon the core functions of the bank's headquarters, its Regional Offices shall contribute to expanding its operations and striving for a more robust project portfolio for all member countries," it said.

They also acknowledged the progress made by the NDB towards expanding its membership, the statement said, adding that the expansion of the NDB membership will strengthen the bank's role as a global development finance institution and further contribute to the mobilisation of resources for infrastructure and sustainable development projects.

Prime Minister Modi, while addressing the dialogue, also requested BRICS countries and the NDB to join the global Coalition for Disaster-Resilient Infrastructure.

"The partnership agreement between New Development Bank and BRICS Business Council will be useful for both the institutions.

"I will conclude by saying that our dream of strengthening BRICS economic cooperation can be realised only with the full cooperation of Council and the NDB," the Prime Minister said.

"Innovation and hard work of our businesses are the basis of our energy. In today's era, it is important to recognize every business opportunity and take immediate advantage of it," Modi said.

The Prime Minister said that to address the challenges facing the universal health coverage, the BRICS Business Council may consider organising a hackathon in India on the use of digital health applications.

Referring to several agrotech start-ups that have emerged in the five countries, Modi said that their network will be useful for sharing experiences and taking advantage of BRICS' large markets.

"The use of technology and data analytical tools in agriculture will also be encouraged through these start ups," he said.

A working group for small and medium industries will facilitate the exchange of best practices, he said, adding that the BRICS business community will get a huge benefit of practical support from the early progress on subjects like BRICS Pay, Credit Rating Agency, Reinsurance Pool and Seed Bank.

"You are familiar with the growing investment opportunities in India and the eco system of innovation. I invite all of you to build a new India by 2022 and be a part of India's development journey," Modi told the business leaders.

Shanghai-headquartered New Development Bank (NDB), formerly referred to as the BRICS Development Bank, is a multilateral development bank established by the BRICS states (Brazil, Russia, India, China and South Africa) with an initial authorised capital of the bank is $100 billion.

The idea for setting up the NDB was proposed by India at the 4th BRICS summit in 2012 held in New Delhi. Its creation of the main theme of the meeting.