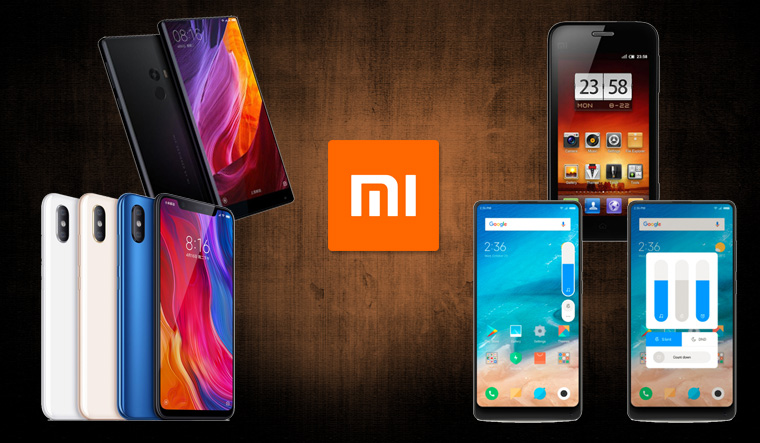 Smartphone shipments in India surged 27 per cent sequentially and a little over nine per cent year-on-year in the July-September quarter, according to data tracked by International Data Corp (IDC). A record 46.6 million smartphones were shipped in the third quarter, with the Chinese smartphone brands Vivo, Oppo and Realme seeing significant market share gains, led by several new phone launches, even as Samsung lost ground.

Xiaomi continues to lead India’s smartphone market. It shipped 12.6 million units in the three months to September, compared with 11.7 million units it shipped in the same period a year ago, according to IDC’s quarterly mobile phone tracker. Xiaomi's market share in the quarter stood at 27.1 per cent, compared with 27.3 per cent.

Amid an onslaught by Chinese brands, Korean smartphone major Samsung seems to be losing ground further. The company’s revamped A-Series smartphones were well-received by customers. However, its total shipments in the quarter still declined to 8.8 million from 9.6 million units, down 8.5 per cent year-on-year.

“The lag between the older Galaxy A series (Galaxy A10, A50 etc.) and the refreshed Galaxy A series (A10s, A50s etc.) just before the Diwali quarter led to this sharp decline. However, newly launched Galaxy M30s registered strong shipments in its opening quarter,” said IDC.

Samsung was the only smartphone brand among the top five to see a drop in shipments. Its market share in Q3 declined to 18.9 per cent from 22.6 per cent a year ago.

On the other hand, Realme, which entered India’s smartphone market only last year, has seen a rapid growth. Its shipments in Q3 jumped four-fold to 6.7 million units from 1.3 million units a year ago. Realme now commands a market share of 14.3 per cent versus just 3.1 per cent last year.

Another Chinese brand, Oppo, also saw its shipments almost double to 5.5 million from 2.9 million. Incidentally, Realme is a sub-brand of Oppo. Vivo’s smartphone shipments in the same period rose 58.7 per cent to 7.1 million units. Oppo and Vivo now have a market share of 11.8 per cent and 15.2 per cent respectively. Oppo, Vivo and OnePlus are all owned by BBK Electronics.

A lot of the huge growth in India’s smartphone market continues to be driven by the discounts and promotions, along with finance schemes offered by online platforms like Amazon and Flipkart.

“The continued aggression by the online platforms with attractive cashback and buyback offers as well as affordability schemes like no cost EMI (equated monthly installments) and financing options were key in taking the share of the online channel to a record high of 45.4 per cent, with a year-on-year growth of 28.3 per cent,” said Upasana Joshi, associate research manager, client devices, IDC India.

In the premium-end ($500 and above) of the market, Apple continued to dominate with a market share of 51.3 per cent in Q3, according to IDC. The company has, in recent times, reduced the prices of its older generation of smartphones like the iPhone XR, iPhone 8 and iPhone 7. That, coupled with the newly launched iPhone 11 series and various attractive affordability offers, have helped Apple attract a lot of people who want to upgrade or get an entry into the iOS ecosystem.