Though Twitterati poked fun at Nirmala Sitharaman, she may be right 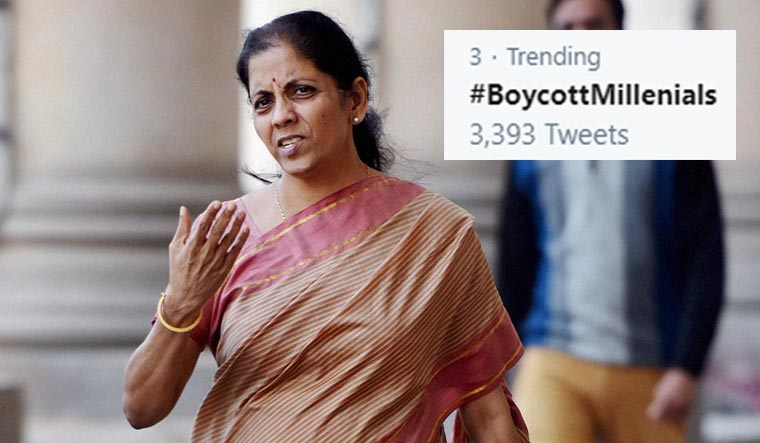 Millennials, that generation born between 1981 and 1996 according to the Pew Research Centre (and up to the early 2000s according to the Cambridge Dictionary), have often been made the subject of blame for societal issues.

In 2017, Australian millionaire Tim Gurney, in an interview with 60 Minutes, highlighted how millennials were buying smashed avocado instead of homes. It was the classic template of what would become the typical millennial-blaming story, especially as Gurney neglected to mention that home prices in the United States have long since outpaced the ability of the average wage-earner to afford them. Avocados were causing the real estate slump, not the slowing wages itself.

Over the years, “millennials are killing” headlines grew to the point that millennials were seemingly responsible for the death of multiple industries. From cereals to diamonds, millennials buying less of what their parents did is often attributed towards larger industrial slowdowns.

The latest millennial-blaming story comes from India’s Minister of Finance, Nirmala Sitharaman. While speaking to reporters, Sitharaman responded to a question about the slowdown of the automotive sector saying that the industry at large was affected by several things—the transition to Bharat VI emission norms, high registration fees, and a change in mindset. On the last count, she added that, “Some studies do tell us the mindsets of the millennials who are now preferring not to commit towards an EMI for buying an auto mobile, instead would prefer to have Ola and Uber or everything else, or take the metro.”

At the event, Sitharaman refused to comment on the auto sector’s demand for a GST rate cut, a key demand by the Society of Indian Automobile Manufacturers (SIAM). That she mentioned millennials, instead, triggered a wave of jokes and memes on social media as the byte for the evening was successfully found.

Value of rupee going down because millennials don't have any.#SayItLikeNirmalaTai #BoycottMillennials

Given the trend of nationalists calling for boycotts of products seen as anti-national, many started to tweet #BoycottMillennials as a satirical take on the latest presumed cause of the auto sector slowdown.

While there is nothing Twitterati love more than a good hashtag, was there some truth to Sitharaman’s statement?

In April, a study by SBI Capital Securities made the rounds, linking how the popularity of services like Ola and Uber had led to a one-third decline in passenger vehicle demand over two years.

Such studies reflect a wider global trend, where the popularity of cab-aggregating services and ride-sharing has also led to a slowdown in new car sales. A Reuters/Ipsos opinion poll found that of the quarter of Americans who sold their cars between 2016 and 2017, ten per cent opted not to buy another one, instead choosing to rely on ride-sharing services.

Ultimately, whether the auto sector slowdown is caused by Uber, Ola, GST, BSIV, millennials or a combination of them all, millennials and memes will always go hand in hand.