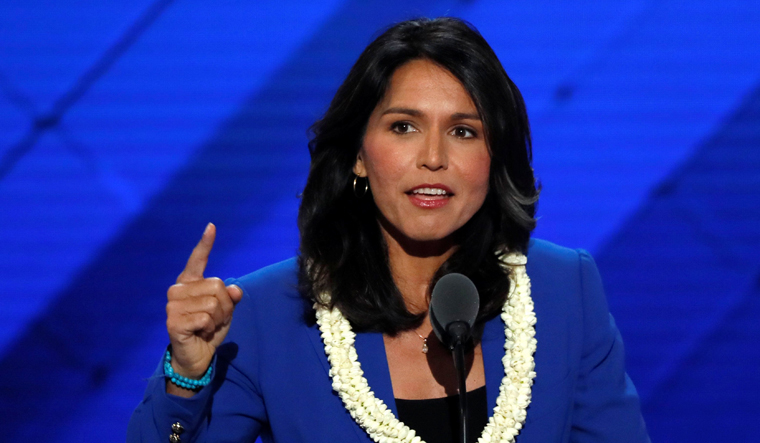 US Representative Tulsi Gabbard, in race for 2020 presidential elections, has filed a lawsuit against tech giant Google for curbing her right to free speech when it briefly suspended her campaign’s advertising account after the first Democratic debate in June. According to New York Times, it is the first instance when a politician has sued a tech giant on such terms.

Tulsi Now Inc., Gabbard's campaign committee, has accused Google of suspending the campaign's advertising account for six hours overnight between June 27 and 28. The lawsuit was filed by the committee in a federal court in Los Angeles seeking an injunction against Google from further meddling in the election and damages of at least $50 million, the NYT reported.

Gabbard alleged that Google suspended the account without any explanation. "For hours, Tulsi’s campaign advertising account remained offline while Americans everywhere were searching for information about her. During this time, Google obfuscated and dissembled with a series of inconsistent and incoherent reasons for its actions. In the end, Google never explained to us why Tulsi’s account was suspended," read her campaign blog.

Emphasising on her cause for fighting against Google, Gabbard noted that such monopoly sets a dangerous precedence in a democracy. The issue is likely to set discourse in the upcoming race for the White House, especially in the backdrop of the Cambridge Analytica scandal during Trump's presidential campaign. "Please join Tulsi in her fight for our core American values of free speech and fair elections. The Big Tech companies need to be held accountable for their actions, and that’s why we need Tulsi in the White House!" the blog asserted.

However, Google stated that Gabbard's Google ads account was flagged for “unusual activity” and led to the temporary shutdown. In a statement to Tech Crunch, Google said “large spending changes” in the account triggered an automatic fraud prevention system.

Meanwhile, Gabbard said, "Google’s discriminatory actions against my campaign are reflective of how dangerous their complete dominance over internet search is, and how the increasing dominance of big tech companies over our public discourse threatens our core American values. This is a threat to free speech, fair elections and to our democracy, and I intend to fight back on behalf of all Americans."

The congresswoman joins the growing number of politicians, especially the Republicans, who have accused tech giants, including Facebook and Twitter for perceived biases. It is to be noted that as a private company, Google is not capable of violating the free speech enabled by the first amendment. However, Gabbard's lawsuit against the search giant comes at a time when concerns over dissemination of messages via tech platforms such as Google, Facebook and Twitter have seen a rise, after the Cambridge Analytica scandal blew up. This is in addition to fake news conundrum faced by these tech giants.