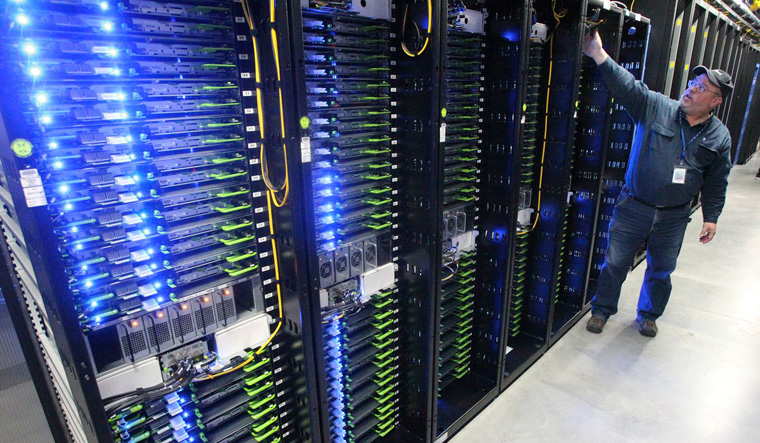 Helped by a sharp fall in mobile data prices in the last few years amid a cut-throat competition between Reliance Jio and incumbent telecom operators such as Airtel and Vodafone-Idea, data usage in India has surged, galloping the country to be among the largest data consumers in the world. As more and more Indians have taken to the internet, tech giants like Google, Amazon and Facebook have increased their focus on the market.

The government is mulling regulations, which will make it mandatory for technology companies to save all the data of Indians locally that is on servers within the country. The rising data consumption and the need to save data locally will lead to a big demand for large scale data centres in the country. This opportunity is attracting various business groups.

On Thursday, prominent Mumbai-based developer the Hiranandani Group said it will offer hyper-density, hyper-scalable data centre and co-location solutions to enterprises through a new wholly owned subsidiary Yotta Infrastructure. The data centre operations will come along with support for managed IT, cloud and security services.

There will be a huge opportunity with data localisation and protection act to be announced soon by the government of India in order to regulate the data management business, said Niranjan Hiranandani, founder and MD of Hiranandani Group.

"This will give a big impetus to the data storage business to grow domestically at an exponential pace. Hiranandani Group is committed to be one of the big player in the data centre space with its massive scale of development, robust core infrastructure in terms of power, land and solar energy, and services," he said.

India is Asia’s third-largest market for data centre services, following only Japan and China, and market growth is averaging high annual rates of 25 per cent to 30 per cent, according to Netmagic Solutions, a subsidiary of Japan's telecom giant NTT Communications. A report by Research and Markets estimates that India's data centre market will touch $4 billion by 2024.

Last year, Netmagic added two new hyper-scale data centres in Mumbai and Bengaluru, expanding NTT's data centre capacity in India by 70 per cent. It has 9 hyperscale, and high-density data centres. Interestingly, Hiranandani has roped in Sunil Gupta, formerly president and chief operating officer at Netmagic to head Yotta Infrastructure, where he will be managing partner and CEO.

The Gautam Adani-led Adani Enterprises has said it will invest Rs 70,000 crore over the next 20 years to set up data centre parks.