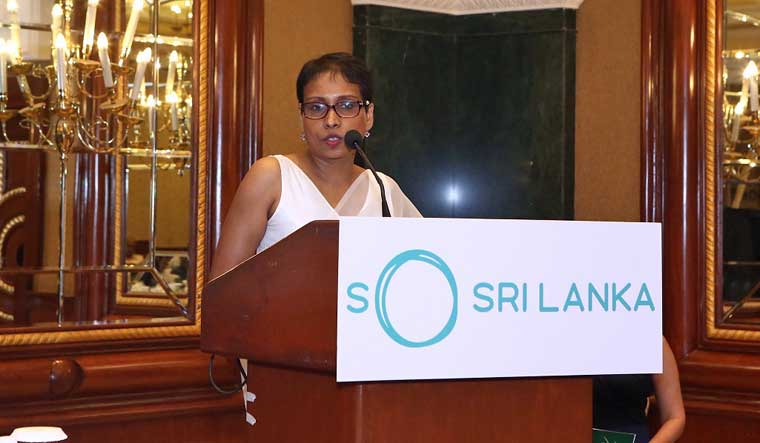 A high profile delegation led by John Amaratunga, Minister of Tourism, Wildlife and Christian Religious Affairs of Sri Lanka, arrived in Mumbai with the aim to give a fillip to the tourism industry which took a big hit after the Easter attacks that shook the island nation.

At a press conference organised by the Sri Lanka Consulate, for the Sri Lanka Tourism Promotion Bureau, a new strategy, specially designed for the Indian market was unveiled in order to attract Indian tourists as India is a very big market for the island nation. Over 400,000 Indian tourists visited Sri Lanka in 2018 and now, they have come up with a lucrative package so that more Indians can experience the splendor of Sri Lanka with the special offers which include cheap airfares, low hotel rates and online visas. Five new packages launched by Sri Lankan Hoteliers, Tour Operators and Sri Lankan Airlines are suited to most budgets and are valid from June 10, 2019 to September 30, 2019 and will be available with most travel agents across India.

Chamari Rodrigo, Consul General, Sri Lanka Consulate, while acknowledging that the country had faced domestic terror for 27 years, said that, “No country is immune to terrorism but Sri Lanka is the first country to recover so fast as compared to others.” She went on to say that Sri Lankan forces which crushed LTTE, have ensured that the “terrorists won’t be able to mount another major attack”.

Amaratunga added that “Sri Lanka is now safe to travel. I give an assurance that Sri Lanka today is secure, it is not only my word but this is coming from our intelligence and our security forces.”

Kishu Gomes, Chairman, Sri Lanka Tourism Promotion Bureau, said “the terrorist organisation has been totally paralyzed and eliminated. We have left no room for terrorists to carry out any more attacks.”

In fact, India was the first country to relax the travel advisory. About 1,200 tourists visited the country in May, and “the number now has definitely gone up, so, we’re certainly recovering,” said Gomes. Two weeks back, Prime Minister Modi also visited Sri Lanka in his first outing after he became the prime minister for the second time.

The delegation’s purpose was to tell Indians how they would feel right at home in their island nation which offers a host of experiences from health and wellness to beaches and nightlife to wildlife safaris and adventure sports, and that there is diverse attraction for all age groups. Besides inviting corporates to host their big events such as seminars and workshops there, they also invited Bollywood to come and shoot in their scenic country.

Over the next three months Sri Lanka Tourism Promotion Bureau has planned to organise “Colombo Celebrate” which is a culinary, fashion, sports and entertainment event, where some global stars are expected to participate. Some of the big names doing the rounds from India are Sachin Tendulkar and Deepika Padukone. They are also expecting some icons from the United Kingdom as well as members from the Royal Family. Other events planned include the West Asia Baseball Tournament, a surfing event for which an independent security auditor came and conducted his own safety checks, and an international logistics conference. “Negotiations with other organisers are also underway,” says Gomes.

With the Sri Lankan Police and the Armed Forces ensuring that everything is under control, there is little room to doubt that they have restored peace in their beautiful country. With emergency expected to be lifted at the end of this month, normalcy has indeed returned to this strife-torn nation. So, if you are looking to holiday in a pristine location where you can enjoy the flavours of their delicious cuisine as well as mingle with the warm and hospitable locals, do spare a thought to that beautiful pendant off India which also gave the word ‘serendipity’ to the world, derived from one of its names ‘Serendeep.’