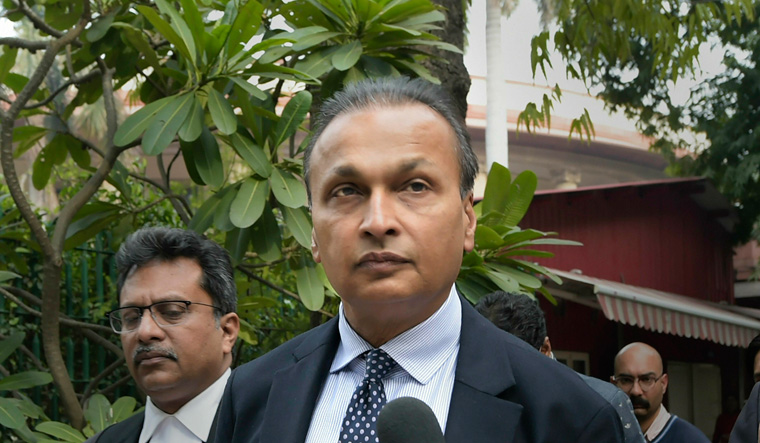 Reliance Communication Ltd. Chairman Anil Ambani leaves after appearing in the Supreme Court in connection with a contempt petition filed by Ericsson India against him over non-payment of dues, in New Delhi, Wednesday | PTI

Two court officers were dismissed by Chief Justice of India Ranjan Gogoi on Wednesday for tampering with an order passed by a bench led by Justice Rohinton Nariman in the contempt of court case against Reliance Group Anil Ambani.

Court Masters Manav Sharma and Tapan Kumar Chakraborty were dismissed after it was found that the court document they uploaded on the website created the impression that industrialist Anil Ambani had been exempted from personal appearance in the case.

The contempt of court petition was moved by telecom giant Ericsson against Anil Ambani's Reliance Communications for failing to pay a sum of Rs 550 crore that is due to it.

A bench led by Justice Nariman had issued notices on the petition and ordered Anil Ambani to appear in person in the court. However, the court order uploaded on the website said, "Personal appearance of the alleged contemnor(s) is dispensed with."

After the error was brought to notice of the bench by Ericsson lawyers a revised order was uploaded which said, "Personal appearance of the alleged contemnor(s) is not dispensed with."

The judgement in the case was reserved on Wednesday.