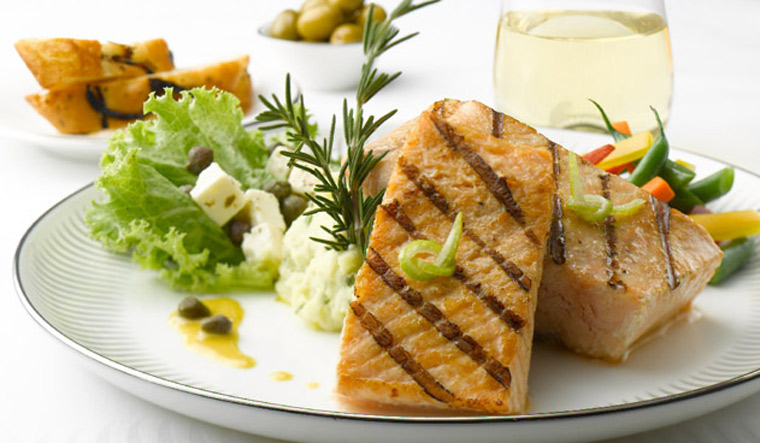 Who moved my cheese? If the question is by an Air India passenger, the answer is possibly worth Rs 2.5 crore.

As India's airlines struggle to stay afloat despite robust passenger growth due to the double whammy of low competitive fares and high fuel costs, everything is above board if it can help in shaving a few pennies off the expenditure column. Every drop counts.

Every slice of cheese, too. One of the measures taken by the national carrier, which reportedly made losses of Rs 3,579 crore last year, to reduce costs is to halve the portions on its cheese board served to passengers on international flights. The logic behind Air India's move is that passengers mostly take only a bit from the cheese board anyway and the rest goes waste. By halving the quantity presented on the cheese board, Air India hopes to save Rs 2.5 crore every year.

Last year, some of the suggestions discussed internally by Air India to lighten load and thereby reduce fuel costs ranged from the pragmatic to farcical—from removing salads from the meal tray and keeping fewer number of in-flight magazines on board to doing away with curtains and hooks from the front of the cabin.

As they hunt high and low for solutions in increasingly desperate skies, the line between no-frills budget carriers and full-service operators is fast blurring. Recently, Vistara— which reportedly had losses of Rs 431 crore last year—decided to stop serving free food to its Economy Lite passengers, instead offering them a cafe menu to buy snacks and beverages on board, like on budget airliners like Indigo, SpiceJet and GoAir.

Jet Airways—which recorded losses last year of Rs 636 crore and has seen losses of Rs 2,587 crore this year, so far—has promptly followed suit. Jet Airways has cut meals for those booking on the Deal and Light categories (out of the total five categories of fares it has in economy class).

Jet Airways went a step further this week, announcing it was doing away with meals from two more categories in economy class from January 7, beside renegotiating contracts with lounge operators across Indian airports to limit complimentary access only to First and Premiere (Jet-speak for business class) travellers. This cuts out members of its loyalty programme JetPrivilege (in the Platinum and Gold category) from a facility they've enjoyed till now.

From December 1, JetPrivilege members would lose this 'privilege', according to a rather apologetic email the airline sent to its members last week, mentioning this to be a 'difficult decision,' which it said would be 'temporary'. A risky move indeed, as the loyalty programme, where members accrued miles which could be converted into free tickets, was the bulwark of Jet Airways against market flux for long, helping the carrier bag and retain the lucrative domestic business traveller segment, which favoured the airline due to such perks.

The ancillary revenue additional purchases brings in is the obvious attraction, as evidenced by market leader Indigo, which has taken the lead in trying to charge for everything from food on board to seats with extra leg space, though its move to charge for all web check-ins recently earned it an immediate rap on the knuckles from the Union civil aviation ministry. “Our relentless efforts to optimise costs have yielded Rs 500 crore savings in the first half of [this] financial year,” points out Vinay Dube, CEO, Jet Airways.

But loathe to be put on par with the low-cost airlines, Jet Airways and Vistara have interestingly put a spin on the new measure on meals. “Contrary (to this being a cost-cutting measure), this is in sync with consumer feedback... Increasing number of guests want the flexibility of enjoying competitive fares with the option to buy meals that are best suited to their taste,” a Jet Airways spokesperson told THE WEEK.

“It is the age of flexibility, of deciding for yourself... We observed this consumer behaviour over a period of time,” Vistara CEO Leslie Thng had explained at the launch of the new measures.

Abhijit Mishra, India director of travel portal Kayak.com, justifies the measures. “(With) steep growth in number of flyers over the years, comes a change in the needs and preferences for services provided. Unbundled services and no-frills option... provide... passengers more options,” Mishra reasoned.

Meanwhile, with no respite from rising ATF prices (oil prices have soared after the OPEC's decision to cut oil production last week), airlines are trying anything and everything. Whatever budget airlines try to earn additional revenue from is now suddenly fair game for the full-service carriers as well—Jet Airways and Air India now charging for selected seats on web check-ins is simply one of the examples.

"Every aspect of expenditure and all contracts are being reviewed for cost savings,” a Vistara official told THE WEEK, while Jet Airways's plan is to reduce all non-fuel costs by up to 15% in the coming months, which includes cutting maintenance costs and renegotiation of all contracts, as seen by the changes in in-flight food and lounge access.

Will this mean, in turn, a windfall for airport restaurants? And what about the many in-flight catering firms that will have to possibly cut hundreds of their staff? That is another story.