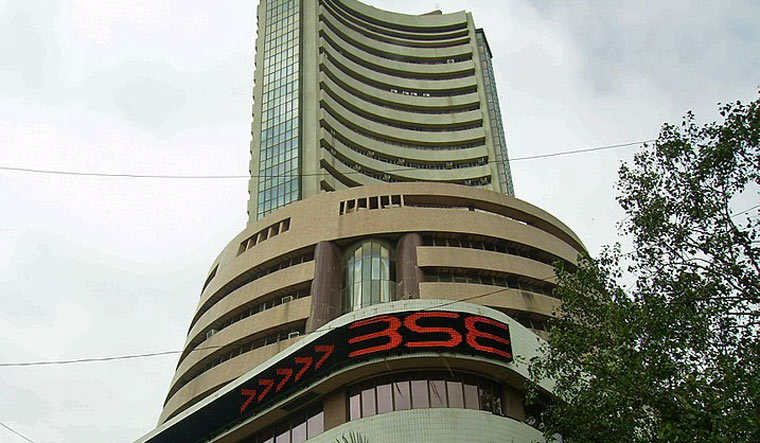 “The state assembly exit polls have shown a reducing vote share of the BJP in Madhya Pradesh and Chhattisgarh after 15 continuous years of incumbency. The poor performance of the BJP will mean added uncertainty in the markets till general elections in 2019,” said V.K. Sharma, head private client group and capital market strategy at HDFC Securities.

Results for the assembly elections held in Madhya Pradesh, Chhattisgarh, Rajasthan, Telangana and Mizoram will be declared on Tuesday. Various exit polls suggest that the BJP is likely to lose power in Rajasthan to the Congress, and in MP and Chhattisgarh it would be a close fight between the two parties with the possibility of neither of them emerging as a clear winner.

The projected losses in the elections could come as a major setback for the ruling BJP just months ahead of the general elections to be held next year, which has made investors jittery.

To add to it, crude oil prices sustained their gains after the Organisation of Petroleum Exporting Countries agreed to cut production by a combined 1.2 million barrels per day next year.

“The weak global cues, including the rise in crude oil prices, the relatively weaker domestic macro numbers, and the eagerly awaited state election results due tomorrow—exit polls for which showed sub-optimal performance by the ruling party, all resulted in the fall,” said Joseph Thomas, head research at Emkay Wealth Management.

On Monday, investors sold stocks across the board. Of the 30-share Sensex, 28 stocks ended lower. The major losers included Kotak Mahindra Bank (down 6.6 per cent) and Reliance Industries (down four per cent). Among other losers, Sun Pharma, Bharti Airtel, Adani Ports, Tata Motors and Asian Paints all declined more than three per cent.

Analysts expect markets to remain volatile in the wake of the state election results and any losses for the BJP will be seen as setbacks for the ruling party ahead of the Parliament elections. Investors don't like uncertainties and would want a stable government at the Centre next year.

“I am not very sure if the volatility is going to subside. We will start seeing volatility depending on the political outcome of the state elections and depending on that running into general elections would be a period of volatility. If results are favourable, volatility may be lesser,” said Kamlesh Rao, MD and CEO of Kotak Securities.

So far in 2018, FIIs have net sold Rs 31,795 crore from India's equity market and a further Rs 48,664 crore from debt markets, according to data from depositories.

On Tuesday, all eyes will be on the election results. Furthermore, RBI Governor Urjit Patel announcing he was stepping down with immediate effect is also likely to hurt market sentiments.