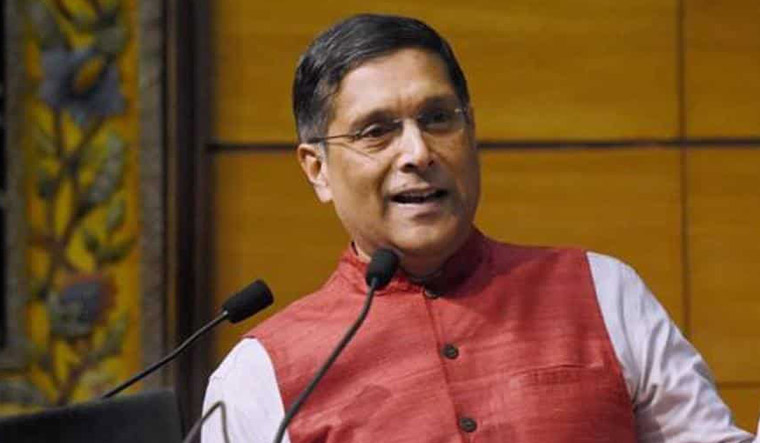 Arvind Subramanian, the former chief economic adviser to the Government of India, spent a good part of his media-interaction time deflecting one question that is bound to come up even now, when he no more holds that office. Was he consulted on the Narendra Modi government's biggest announcement, the one that would affect every Indian?

In his book, Of Counsel: The Challenges of the Modi-Jaitely Economy, Subramanian seems to suggest that he was not. In excerpts that have been published, the former CEA describes how he was in his office in North Block and watched “in a dramatic nationally televised speech”, the prime minister announcing that Rs 500 and Rs 1,000 notes would cease to be legal tender. He calls it a “draconian, monetary shock”—one would not normally use such adjectives to describe a move one has suggested or approved. And he has referred to much of the details of its immediate, short term and medium term impact on the economy, the details that he mentioned in subsequent Economic Surveys.

But it is the question he raises—and answers—that give the impression of him supporting the government on this move. Why was demonetisation so popular politically if it imposed economic costs? He also believes it was an “electoral vote winner” in the short term (in the Uttar Pradesh elections of early 2017), and wonders if it would be so if the currency ban had imposed so much of hardship on so many people. He even calls the result a verdict on demonetisation!

At the end of the chapter, Subramanian says there “may be other, completely different explanations that may have eluded my understanding of demonetisation...”. And he seems right in saying so.

He talks of anecdotal evidence. One he has missed out, particularly in the UP elections result context, is the fact that demonetisation resulted in a cash crunch among the BJP's political rivals in India's most populous state. Leaders from the Congress, the Samajwadi Party and the BSP have informally said as much. The BJP, on the other hand, had rallies that smelt of money as much as sweating people who thronged to hear Prime Minister Modi, BJP president Amit Shah, and many others speak.

Way before the assembly elections, the BJP did virtually sweep Uttar Pradesh in the summer of 2014. But that was when Modi was an alchemist turning everything into gold. But by early 2017, people were disillusioned with not seeing the achche din, the promised jobs, or even the black money that he would bring back to India, and put into each Jan Dhan and other savings bank accounts.

Or did UP electorate vote the BJP soon after the note ban in the naive hope that the money—Rs 2 lakhs to Rs 15 lakhs—would come once the demonetisation led to the recovery of black money?

Other  points made by the brilliant professor as he discusses demonetisation, and how Indians weathered it, are more than obvious.

The book, slated to be launched in India formally on December 9, is bound to see Subramanian discuss other equally important issues.