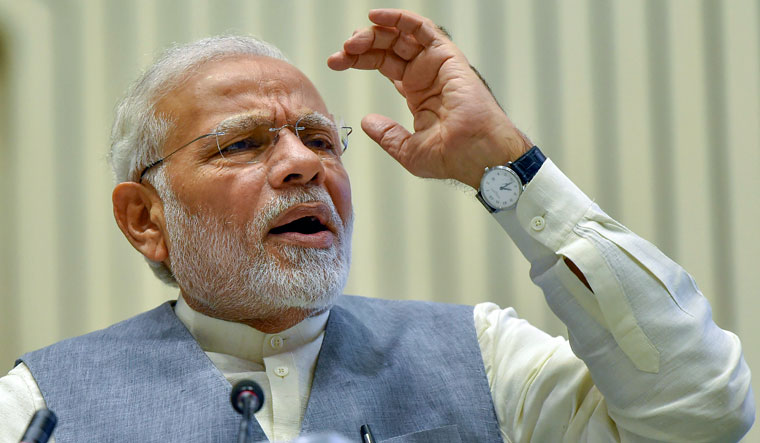 "Today ISA has become a beacon of hope for the world. I thank the United Nations for their support and the secretary general's presence here," Modi said during the inauguration.

"ISA should aim to include not just the 125 tropical nations, the whole world should benefit from this alliance," said Modi. The Indian prime minister said that the country would call upon other nations to join the ISA as members at the UN General Assembly are meeting next year.

Modi, along with French President Emmanual Macron, had co-hosted the founding conference of the ISA in March this year. The initiative had earned the duo the United Nations' highest environmental honour, 'Champions of the Earth'.

Speaking at the inauguration of the first ISA general assembly, UN Secretary General Antonio Guterres said the levels of greenhouse gases (GHG) had reached intolerable levels. "We have the tools and we know what to do. We must strive to limit the rise in global temperature at 1.5 degrees and well below our 2 degrees target," urged Guterres.

The UN secretary general said that climate change would prevail 'on top of the agenda' at the general assembly meeting of the UN, to be held in New York, in September next year.

India aims to have 175 GW of renewable energy sources by 2022. India is steady on its way to fulfill this target, and another 50 GW would be added to this, said Modi.

"India has become the world's favourite destination for renewable energy. In four years, more than $42 billion worth of investments have been received in this sector," said Modi, who added that cheap solar power is helping the poor to light up their homes.

Addressing a gathering of heads of banks, renewable energy company heads and diplomats, Modi said that in the next four years the country would receive another $70-80 billion of investments in the renewable sector.

The prime minister said that India is also setting its focus on biomass, bio-fuel and bio-energy in the coming years. "Our next focus is on using clean fuel for the transport sector," he said.

Modi also said we must aim to achieve 'climate justice' for our next generation. "This is just the beginning... One world, one sun, one grid should be our next motto," Modi said sparking the next dream of tapping the sun for 24-hours for seamless energy across the planet.

Ministers of more than 40 nations and more than 300 companies would be part of the ISA discussion and RE-Invest seminars in New Delhi till October 5.