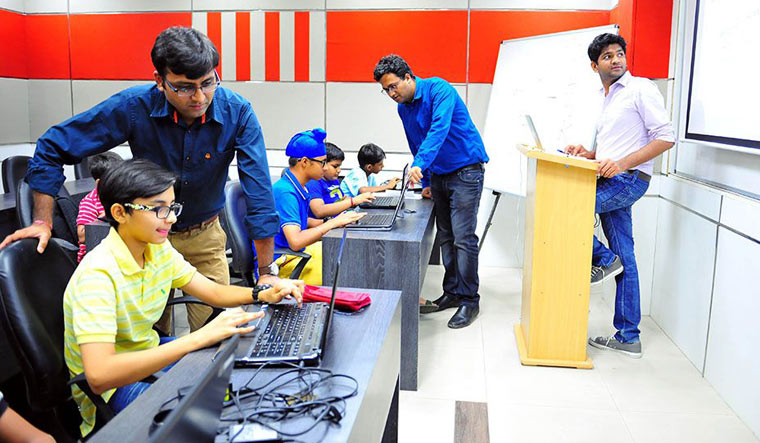 Interestingly, technology segments such as Artificial Intelligence and Machine Learning along with robotics will be new opportunity areas for developers in the country. Besides this, single page web applications, mobile web applications, JavaScript MV frameworks and video tags are some of the new innovations in terms of coding for software developers in the country, observed Ramathreya Krishnamurthi, business head of TechGig—one of India's largest online tech community.

“There is a huge opportunity in the field of software development with regard to software coding. Digital India is not only at equal footing with many countries in terms of innovations but is also attributing the credit of the same to be with the nation providing an environment for the coders to excel. It is not just the IT giants that are looking for coders, but several enterprises are turning into tech companies in one way or the other. Be it manufacturing, accounting, operations or recruiting, most of their back-end processes are becoming technology-driven. Thus, people with coding skills are in great demand by various sectors and areas such as finance, manufacture, healthcare, automobiles, BFSI, etc,” Krishnamurthi told THE WEEK.

“Traditional coding languages with C++ followed by C, Java, Java 8 still prevails in India. Though these languages are imperative to fathom the fundamentals of computer science, focusing on new language skills is indispensable. Hiring programmers in the IT industry is sure to gain momentum in 2018. The industry is expected to add 1,80,000 to 2,00,000 new jobs mostly related to artificial learning, machine learning, and big data in the country,” added Krishnamurthi.

Krishnamurthi said that as per the latest industry data, medical coding sector of India is likely to grow at 23 per cent by the year 2020, inviting a large number of young technology experts to innovate and develop solutions for the industry.

He added that Indian coders must devote their time to experimental learning, learning through apprenticeships, communities, and mentorship programmes.