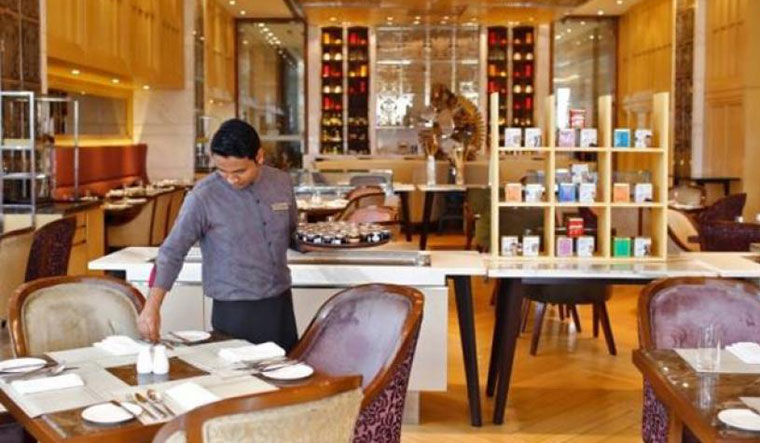 A rising trend of eating out have augured well for the real estate market. A report by global real estate brokerage and advisory firm, CBRE, has said that in a report released Thursday.

"The change in our F&B landscape has been due to structural shifts in the eating out equation," notes CBRE, in its report titled 'Food for thought'.

"Increasing urbanisation, rising disposable income, rising trend of socialising, nuclear families, and rising consumerism; all of which have orchestrated to change the way India dines," it said.

The report, which explores retail opportunities in India (14 per cent respondents eat out twice in a week) looking at the growth in F&B segment, said that it considered Indian's to be sixth highest in eating out, overtaking the United States (12 per cent eat out).

Meanwhile Southeast Asian neighbours, Malaysia (23 per cent), Thailand (22 per cent) and Vietnam (16 per cent) have outperformed India in terms of eating out.

CBRE said that a majority of high street properties (60 per cent) in India are occupied by restaurants. It said, almost 29 per cent of all mall properties in India also comprise of the F&B sector.

Delhi, stood out as the city with most number of pubs and bars (17 per cent of all properties), while Bengaluru and Mumbai had 14 per cent and 10 per cent as pubs, respectively.

Large developers surveyed across cities in Delhi, Bengaluru, Mumbai and Chennai, affirmed that a quarter of their mall properties are occupied by restaurants.

The trend have helped developers monetise commercial and retail space in malls, where restaurants are now featuring as a stand alone draw for footfalls, the CBRE report said.

The report held that India's high-streets would continue to be dominated by casual dining restaurants in the next few years.