Delhi Contemporary Art Week: A look at the standouts

The fifth edition of the event showcased new wave works 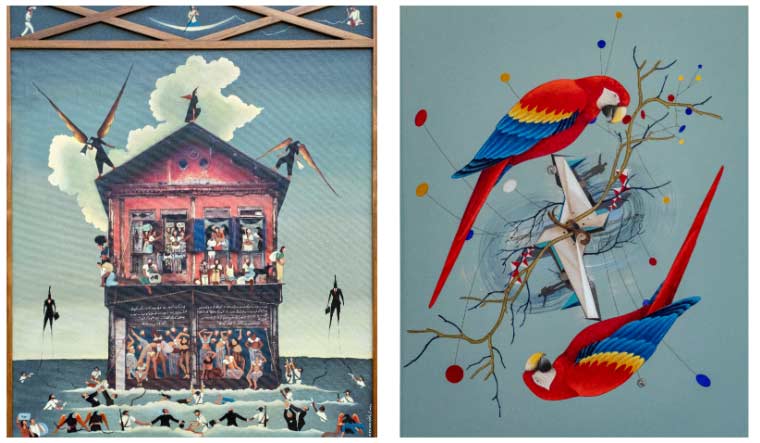 Seven spiffy galleries in Delhi, working on the frontlines of the contemporary art scene, came together to showcase a commendable harvest of new wave works. At the fifth edition of the Delhi Contemporary Art Week (DCAW), which concluded on September 7, connoisseurs and enthusiasts alike got a peek into the zeitgeist in moving, poetic, mystical expressions. Blueprint 12, Exhibit 320, Gallery Espace, Latitude 28, Nature Morte, Shrine Empire and Vadehra Art Gallery - incidentally all helmed by women - presented an exciting line-up of artworks and walkthroughs at Bikaner House. THE WEEK highlights a selection of standouts.

Ijlal's meditation on cities and their stories is part of a group exhibition curated by Meera Menezes, titled "Legal Alien”. It explores the notion of alienation and looks at the possible factors that could lead to it. Is it the rapid march of technology? Or is it the city and the anonymity it bestows on its denizens that creates this estrangement? Artists in the group-show ponder and interpret alienation in several different ways.

Acrylic, fabric and glue on canvas

Panda's works home in on the disjuncture that exists in our contemporary understanding of nature. His works emphasise nature's own mind and muscle to establish itself over a degenerate, man-made world. In The Balancing Act, two parrots support each other in their pursuit of a nest which looks like a turbine - intrusive and artificial rather than nurturing. The parrots end up being each other's true resting place.

Slowly/Drift is also a part of the group show Legal Alien and the canvas deftly captures the essence of a journey to be undertaken alone. Divya Singh translates her memories of isolation into a poetic rendition through her paintings. She navigates the dark void within every human being that lies between the outside world and their perception. Her series 'Do You Know How The Sun Laughs?' extends this introspective dialogue about human agency within nature and society through moments of spiritual awakening experienced during solitude. 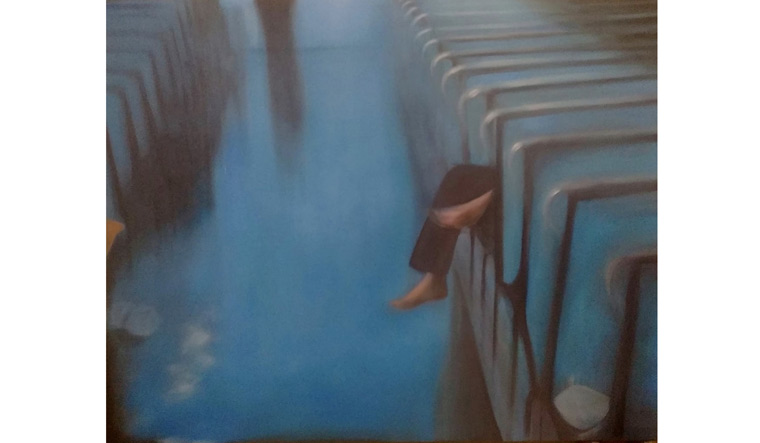 Alias depicts women at a transitional and vulnerable time in their lives, specifically the middle years. Her work focuses on people, transitions, identity and the "in-betweenness" of existence. The intriguing reason behind how Eve was made from Adam's rib became the genesis of her work whereby she began exploring human anatomy. The ribcage became the spine of Alias's works which allowed her to examine other body parts, something that helped her embark on a metaphysical journey of self-discovery. 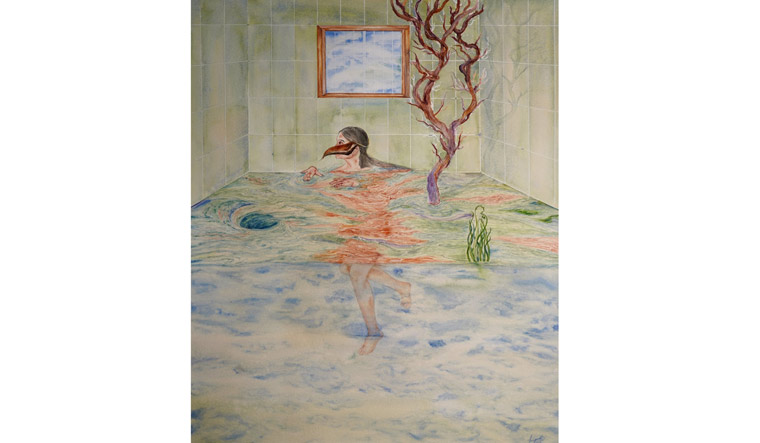 Soi draws his inspiration from the Progressive artists of the mid-20th century, particularly in the way they marry figuration and formalism. His open-ended narratives contend with a return to materiality. 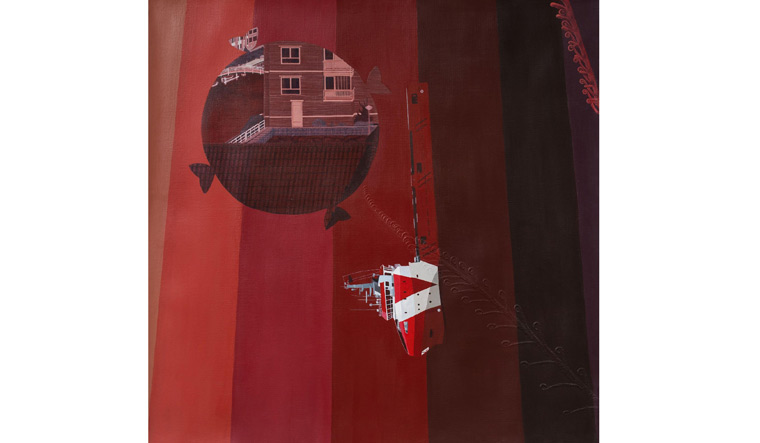 Natural pigment with casein, cyanotype and touch of gold leaf on paper

Rashmi Mala's plant drawings reference colonial botanical representations and are overlaid with elements drawn from historical texts and art-making processes. Her series "Companion Plants" is a metaphor of the minor, the unseen and the unheard of plants that surround us. "Growing plants and painting plants go hand in hand," says the artist. 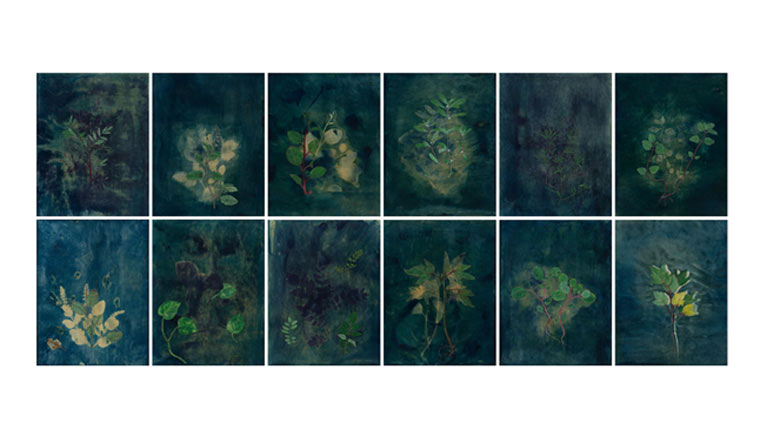 Kingsley explores artist’s books which focus on the long and terrorised history of Sri Lankan civil war that lasted for over three decades, leaving a trail of dead memories and empty bullets amidst promises of reconciliation by politicians in its wake. Gunatilake questions the aftermath of war and the rationality left in their inheritance. The spine of his book practice is inspired from the burning of the Jaffna Library in 1981, which is reiterated through a meditative practice of burning and cutting; an act of remembering and that of a witness. 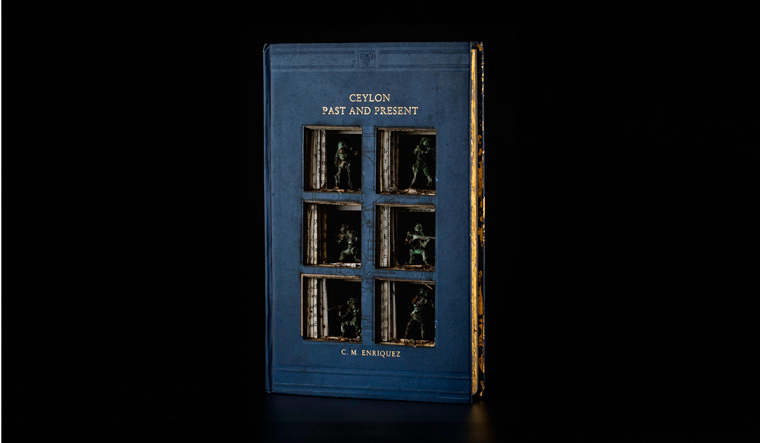 Selvaraj’s approach is modernist in nature, incorporating local and regional elements to create what he terms a ‘national modernism’. His use of different kinds of paper, in layered forms, represents various facets of human existence. He arranges multiple colors of paper into tightly compressed layers. The sculptural arrangements almost always appear to be on the brink of overflowing, and as a result imbued with dynamic energy. 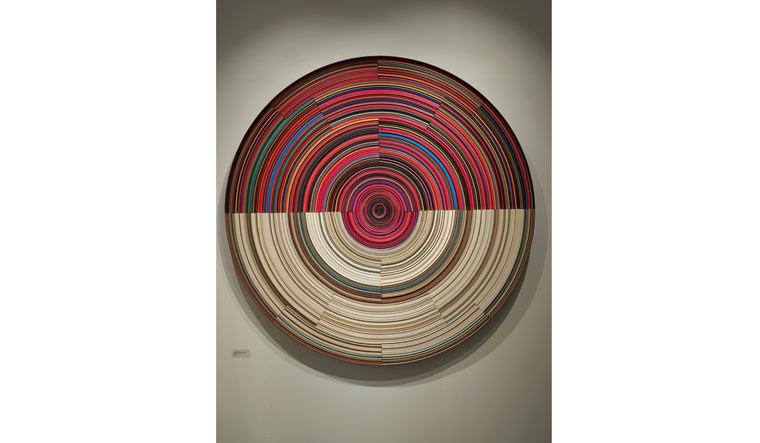