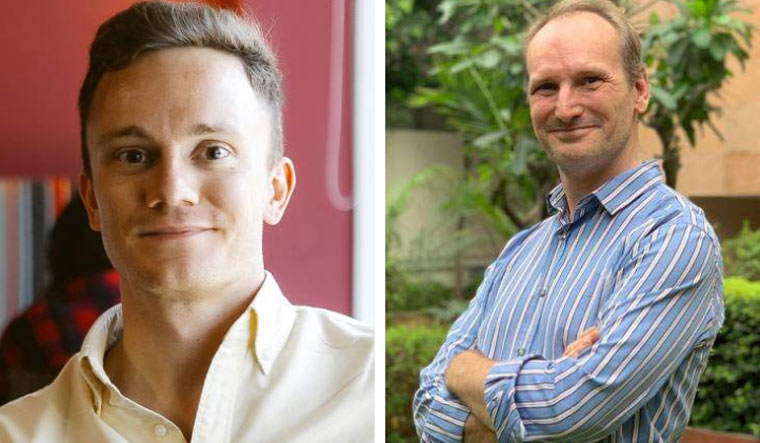 Jana Sanskriti: Centre for Theatre of the oppressed, is based in Madhyamgram in West Bengal. And Graeae Theatre Company, a disabled-led enterprise, exploring the “aesthetics of access,” is from London. The east is east and the west is west and the twain shall meet in a touring theatre performance across Kolkata, Sundarbans and Purulia in December as part of the India/UK Together Season of Culture. Theatre makers Sanjoy Ganguly, Jenny Sealey and Tim Wheeler will seamlessly merge their craft to explore the possibilities of theatre among the D/deaf, disabled and neurodivergent in a piece inspired by TS Eliot’s 'The Waste Land' with elements from Mahabharata woven in. It will be live streamed.

'Wasteland-A Journey' is just one of the many projects that India will see this year from a landmark programme that marks India’s 75th anniversary of Independence and celebrates the bilateral relationship between India and the UK. At a time when an Indian-origin British MP, Rishi Sunak, is one of the leading contenders to become the next prime minister of the UK, this season of culture certainly seems opportune. Jonathan Kennedy, Director Arts India at British Council and Rowan Kennedy, Deputy Director of the British Council in India, spoke to THE WEEK about one of the biggest collaborations in culture and education between the two nations.

Jonathan: The anniversary year of India's 75th year of Independence is really an important one, for marking the deep bonds that exist between the UK and India. And as we look to the future through our programmes that partner in the UK together and the Season of Culture, we are also marking those deep ties and celebrating the relationships, the strength of the creative economy, and the ingenuity of the artists who will form part of the season and culture. We have projects happening in Mumbai and Delhi, Ahmedabad, Pune, Bengaluru, Chennai, Hyderabad, Kolkata, Guwahati, and from across the UK, in Wales, England, Scotland and Northern Ireland. So, we are really looking to include many representations of partnership projects, and reflect our values of equality and inclusion, including, for example, work with the The Queer Muslim project in India, and also young people from Kolkata as part of our project with the Victorian Memorial Hall, and also really importantly, (we are) looking at the emerging artists working alongside established artists from both India and the UK. All of them together is what exemplifies the relationship between the countries now, and we hope it will continue to be after the season.

Some 1,400 artists are set to showcase their collaborations to audiences across India, Britain, Scotland, Wales and Northern Ireland. Is this the largest ever cohort of artist-exchange between the two countries in a given year? Which key disciplines in the arts are most ripe for collaboration at this point?

Jonathan: It may well be. (What was) really important is when we were doing other things like our research called 'Taking the Temperature' during Covid-19. We were trying to understand the impact of the pandemic on artists and arts companies. And what that research confirmed was 88 per cent of the arts sector in India, from micro, small to mid-scale enterprises, were badly affected. So when we include 1,400 artists, it is also to empower them to work together. So, we think it may well be the largest number of artists who are collaborating.

Who are some of the more prominent UK artists we can hope to see in India this year?

Jonathan: We have our Season of Culture ambassador A.R. Rahman, who of course is Indian, but he transcends in terms of his profile in the UK. In terms of the artists collaborations that we have from the UK as well, it is a combination principally of the emerging artists because that has been our big focus while learning from our Temperature research—to strengthen artists who are in the early part of their career because they will become more established over the longer term. We have some really established organisations who are working together to support those young and emerging artists. For example, we have from the UK the British Library, working with the CSMVS in Mumbai, an exhibition that will have photographers capture the contemporary interpretation of India's archaeological heritage in collaboration with ASI. Then we have the Manchester Museum working with Indian Music Experience in Bengaluru. And they are creating a festival looking at the music traditions of Carnatic music. Another example is Delhi's boxout.fm working with Celtronic Festival in Northern Ireland in Derry; they are bringing EDM artists from India to the UK to perform live. Northern Irish artists are also set to perform in India.

India has been one of the largest contributors to the UK’s higher education system. This year the largest UK delegation came to India to discuss opportunities in transnational education. What kind of mutually beneficial educational collaborations are set to take off this year, especially in light of NEP 2020 allowing more "internationalisation" of education in India?

Rowan: The vision laid out in the National Education Policy (NEP) focuses on the internationalisation of higher education, which in turn, supports India and the UK’s mutual priority to strengthen transnational education (TNE) opportunities between our countries. The recent Higher Education Delegation visit was a catalyst for driving conversations on developing innovative models to support higher education like dual degrees, semester exchanges, short-term study abroad programmes and more. Two MoUs were signed to address reforms in curriculum, content and structure between Indian and British universities (Delhi Sports University with University of East London, and Manipal Academy of Higher Education with Nottingham Trent University). The education departments in both countries are working together to achieve a framework for mutual recognition of academic qualifications (MRQs) which will pave the way for deeper collaboration between India and the UK allowing for more exchange of knowledge and ideas. At the British Council, we are working closely to strengthen the India/ UK educational partnership. Last year, we launched the Going Global Partnerships, with an aim to encourage and facilitate transnational education partnerships between India and the UK. An intuitive response to the TNE potential between our two countries, we now have 107 Higher Educational Institutions (HEIs) in India and the UK working together to create joint courses, teaching collaboration, and more. One such partnership, for example, will result in creation of a framework for master’s degrees in disaster-resilient infrastructure.

British Council libraries have been a mainstay in promoting a reading culture in Indian metros. What are some of the new initiatives being taken to make it a more dynamic space?

Rowan: The British Council Digital Library offer was launched in 2017, to address the demand for our library memberships from cities where physical centres weren’t present. Our Digital Library members can access over 3,000 magazines and 8,000+ e-newspapers from 100 countries. Members can read and download over 2,000+ journals from JSTOR, 15,000+ from ProQuest Central and access 3,00,000+ resources on EBSCO. We also continue to engage our members through regular events for young adults such as management workshops, storytelling and creative writing courses, lively Reading Club and Conversation Club sessions. Our digital library app – My LOFT (My Library on Fingertips), launched in 2020 for Android and iOS, offers a seamless and interactive customer journey that pulls together our content in one place and allows members to build their own library collection.

Can you shed some light on the economic impact of activating these soft power assets in the Season of Culture this year?

Jonathan: If I may just maybe take us back a step in terms of our thinking behind the Season. The key thing is mutuality, the benefit to both the arts organisation and the artists who are part of the season in both India and the UK. Last year, when we announced our plans for the programme, we did a call out for applications and had over 115 applications, principally from those in India to partner with organisations in the UK. We now have 40 partnerships that form part of the Season from there, and 1,400 artists who will be working on different projects. And really, that is the important part of it. It is the relationships, the work that they create together, whether it is exhibitions, theater, festivals, crafts, music or films, the relationships have deepened the understanding of each others' cultures. And the credit economy flows from that. When we think of the "Creative Economy" in the longer term, we hope that these key partnerships will go beyond the Season. It is how the cultural relationships are forged, formed and developed as a catalyst from the Season.