How SaPa is helping build systematic music curriculum in schools

"Music isn't something that can happen for 40 minutes a week" 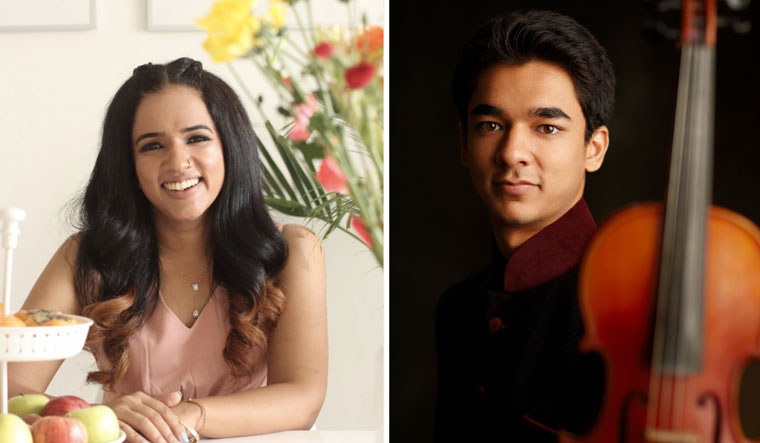 Research has proven that music training helps strengthen cognitive and visual-motor skills. Unfortunately, music teaching in Indian schools is mostly seen as an activity, not a subject. It lacks a structured curriculum around it, added to the absence of proper availability of instruments. The music teacher in our schools may not be the busiest, brainstorming on a syllabus. When noted singer-songwriter Bindu Subramaniam and ace violinist Ambi Subramaniam – children of Dr L. Subramaniam and Kavita Krishnamurti - started Subramaniam Academy of Performing Arts (SaPa) in 2014, they set out to correct exactly this: to change music period as a training ground for singing in the school assembly or annual day function. In a conversation with THE WEEK, Ambi and Bindu talk about how SaPa has sought to make music education a more constructive part of the Indian school curriculum.

You have been around since 2014. How has the music curriculum in schools evolved since then?

The early debate was largely around the need for music education in schools - every music period is a period that isn't maths or science or another "core" subject. Having said that, we've been very fortunate to work with some visionary leaders in education from the beginning. Schools and educators who have wholeheartedly supported quality music education in schools and understood the value of what we were trying to do. Once we had the program running for a little while, we started getting a lot of positive feedback -- a private school principal told us that teachers want to sit in the back of the music class while grading papers so they could listen in. Government school principals started telling us that attendance would spike on SaPa class days. That sort of validation meant a lot to us.

Over time, we've constantly worked to be on the cutting edge of music in schools globally, trying to push the curriculum and learning outcomes a little further each year. Up-skilling our teachers regularly, forming a community. We work hard behind the scenes so that children can think that they are just having a lot of fun and don't even have to worry about what they are supposed to learn. We now teach Indian and global music (children learn songs in 15 languages and cultures from around the world), inter-disciplinarity (the relationship between music and social change, or between music and physics), social-emotional learning, music theory, production, music technology, song-writing and much more.

Globally which countries have adopted the most progressive music learning curriculum in their school system?

Around the world, many countries have strong foundations for community music and music in schools. In particular, the Norwegian, UK and Australian systems seem robust. The unfortunate situation in the US is that many public school arts programs have been de-funded. Norway has been at the forefront of global music in classrooms and even has a system in place for students to have access to two concerts by professional musicians a year.

The opportunity in India is great right now, with the new National Education Policy, and some states coming up with State Education Policies. Since we have a largely blank slate, we can learn from the best in the world, adapt to our local context, and create something unique and extraordinary. In fact, over the last few years, we've been fortunate to present case studies about the SaPa in schools program at different research conferences across the world.

What kind of instruments and vocal languages are most popular among music students in Indian schools?

I think if you catch them young enough, children don't really have an inherent bias. They all have a fondness for languages that they understand of course, but beyond that, all languages are fun and exciting. The same goes for instruments. Very small babies like drums and xylophones - things that make noise easily when you tap them and don't require too much skill. Then they grow to appreciate slightly more complex instruments. I think it's important for children to be exposed to a variety of musical styles, languages and instruments as early as possible. It makes them more receptive and open-minded.

When you speak about high schoolers, they are heavily influenced by pop culture and they prefer pop music, so we try to integrate things from what is relevant in their daily lives into what they experience in the classroom.

Tell us more about how you plan to integrate music pedagogy in the National Education Policy 2020?

We were fortunate to give input to the brilliant team who drafted the NEP and some of our recommendations have found their way into the final report. The NEP gives music and arts their due importance at all levels, from pre-primary to university level. If the implementation is in line with the policy, there will be a tremendously positive influence on the lives of children in schools.

The NEP outlines that all school children from K-8 should have access to music education, and can choose it as a track from 9-12 and beyond this is great. The Delhi government is already taking action in some schools, and I understand other states are working on the same. Many private schools are also implementing recommendations, and there is generally a lot of positivity and excitement around it.

What ails music education in Indian schools? How are they missing the mark?

I see a great opportunity in schools across the board in India. The NEP talks about quality, and how to achieve it. I think it's time to look beyond learning, marks, maths/science, and see what skills are required to make children lifelong learners. Music is an integral part of holistic development, in building 21st-century skills and global citizenship. Music isn't just something that can happen for 40 minutes a week-- it's a great opportunity to open students' minds and have broader conversations. Subjects can't be taught in silos.

What are some of the newest initiatives by SaPa?

We're always adding new things because it's an ever-evolving field. In the last couple of years, we've put a lot more emphasis on Social Emotional Learning (which is a need we felt strongly during the pandemic). We also moved to a completely online model with our own Learning Management System and Gamification. We launched a number of self-paced, celebrity-led courses with artists like Dr L. Subramaniam, Kavita Krishnamurti Subramaniam, Usha Uthup, Pankaj Udhas, Anup Jalota, Samir, Corky Siegel, Russ Miller and others.

Now, as things are opening up, we are moving back to a hybrid model of education where students have the benefit of in-person education and the convenience of anytime online access.