'Tomb of Sand' is a Mahabharat of the Indian joint family 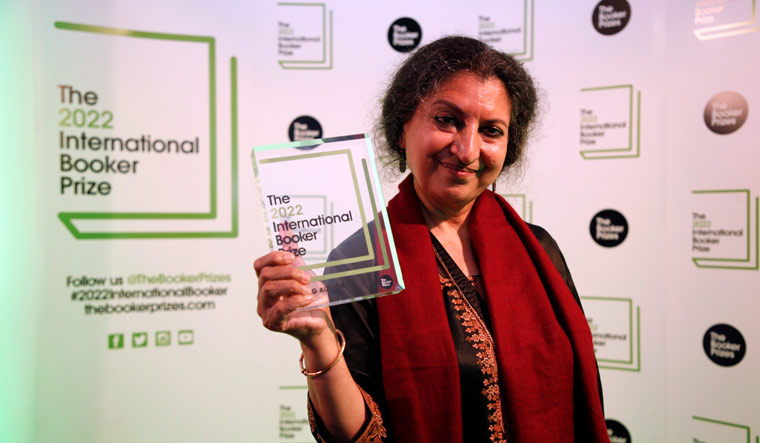 The Rajkamal Prakashan in the heart of the narrow streets of Daryagunj is in a celebratory mood. For the original publishers of the new Booker prize winning writer Geetanjali Shree—the day has been sweet. Metaphorically too. There was cake, and mithai.

“We cut a cake in our warehouse,’’ said CEO Amod Maheshwari. Geetanjali Shree’s winning the coveted Booker Prize has finally put on the sheer diversity India has in terms of writing on the world map. It is also special, as it is a translation and the first from Hindi, a language that is dominated by harsher aspects of politics rather than soft literary reasons.

“This is not just about me, the individual. I represent a language and culture and this recognition brings into larger purview the entire world of Hindi literature in particular and Indian literature as a whole,’’  Geetanjali Shree has been quoted as saying after winning.

The attention the prize has brought is welcome. To Hindi, as well as the world it comes from.

“It is important that we should start using Hindi in our daily spaces,’’ says Ashok Maheshwari, the managing director of Rajkamal Prakashan who is in London. “The problem is that when something is everybody, sometimes no one pays attention to it. A bit like a barat arrives, everyone rushes to welcome it and the groom finds himself alone in a crowd.”

A quiet book—which is deep—with an 80-year-old woman protagonist who travels to Pakistan to make peace with partition, The Tomb of Sand is about relationships and family.

“The book is a Mahabharat of the Indian joint family,’’ says Maheshwari. “It has everything. If you say the Mahabharat is the source of every story. Ret ki Samadhi has every familial relationship reflected in it—the relationship between a mother and a daughter, a brother, father everything.’’

For the Tomb of Sand, one of her bestselling books—over 10,000—the Booker prize has certainly helped boost sales. There was a spate of sales after it was shortlisted for the Booker Prize and the win is only likely to ensure more sales. But more than sales—and catapulting the Hindi on to the literary stage, the win is ultimately about the writer. Over 60, Geetanjali Shree not on social media, and takes her writing seriously. “In an age where everyone posts on social media and gets people to retweet, Geetanjali Shree is a serious writer,’’ says Maheshwari. “She is a real writer.”