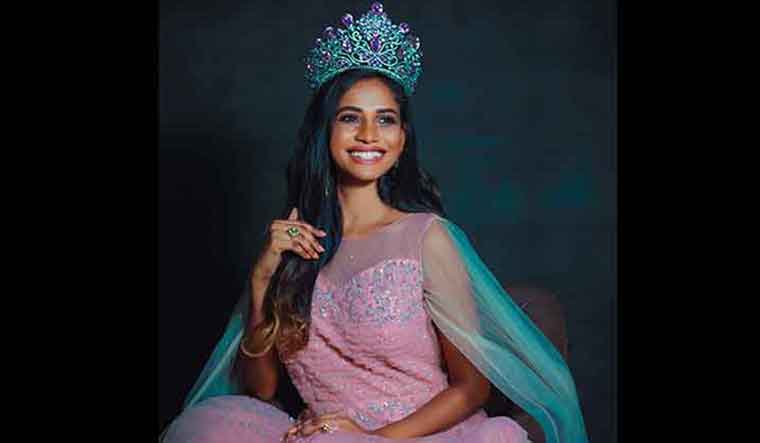 After years of being condemned, Sruthy Sithara has now proven that there is a space for every individual. The Kerala native recently became the first Indian to be crowned Miss Trans Global.

From being a boy who dreamt to be a model or actor, her transformation from Praveen to Sruthy, was not an easy journey. But she always had her family’s support to fall back on. Though she was passionate about acting in movies and advertisements, she was reluctant to force herself into roles designed for male characters. “I strongly believe there is a space for each and every individual in this world, so I wanted to create my own space of self-dignity,” she told THE WEEK.

The wind beneath her wings has always been her father Pavithran. She said: "He has never let me down; he has always accepted me the way I am. He was such a welcoming parent. I wish other parents could be like him.”

She revealed how a few of her school friends helped in convincing her father about her gender identity. “My family has a crucial role in my success,” added Sruthy.

Celebrity makeup artist Renju Renjimar and model-actress Namitha introduced her to this pageant. It was an online event that spanned over seven months. The event also helped her in projecting ‘Kaleidoscope’—a social media campaign to bring awareness about LGBTQ community--along with her friends Nadira and Amna.

Sruthy, who was also crowned Queen of Dhwayah in 2018, wants to use her success to make life better for fellow trans persons. She is set to prove that they are ‘no less than men or women’. “We are equal, we have our own calibre and we have our own traits,” she said.

There has been a change in the way the transgender community is perceived, she said, adding that there is still a long way to go: “When we compare the current situation to the past 10 years, we can see a change—not drastic, but there is a change. Even now, there are people who do not know about this community. They still feel it is a biological problem, and that it could be corrected,” she said.

Grieving over a few friends who took their lives recently, she said self-love is important for every individual. Prioritising others over your own dreams and isolation are a few reasons for rise in suicides. “They are prioritising others and some even prioritise their toxic relationships. This has to stop for everyone to notice their better versions which lie deep inside them,” she said.

Sruthy, a model and one of the four transgender persons who were given a government job in Kerala, now aspires to step into the film industry. She believes failure will never overtake her if her determination to succeed is strong enough, as APJ Kalam, one her inspirational figures once said.