Why should Indians remember India’s sacrifice in World War II 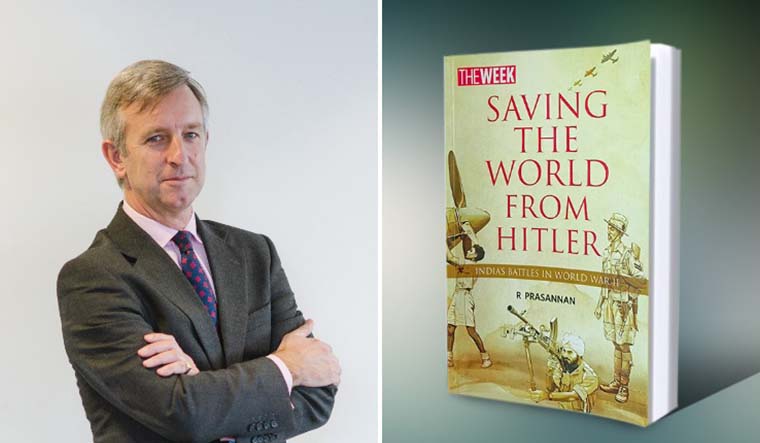 The metaphorical elephant in the room today is the view that what happened before independence in 1947 wasn’t India’s history. Indeed, the assumption by many over the decades since independence is that what happened before 1947 – including the Second World War – happened to another, far distant, country. This is because, so it is argued, pre-1947 India was undivided, and that it was part of the Raj. It is politically unbecoming to equate a sense of Indian-hood with what some theorists tells us was India’s slave status under colonialism.

As a Briton researching India’s role in the Second World War, I’ve encountered this view repeatedly. But it’s hardly logical. In fact, it gives us particular problems when we look at the Second World War and India’s contribution to the vast human experience that reset the structure of the modern world.

The problem is that the post-colonial interpretation makes slaves of Indians. It argues that they had no personal control of their destiny because the government was in the hands of others. When the British declared war, India became an unwilling participant. This argument, simply stated, is that the top-down forces of colonial government, together with its systems, structures, cultures and attitudes, were deeply and inherently exploitative, such that it cannot properly be argued that colonial intentions were anything other than unfair and abusive. In this view, Indian men fought and strived against their will, even though they weren’t fully aware of it, as cultural coercion blinded them to the reality that they were fighting a British war against Britain’s enemies. The absurdity of this argument suggests, to give but one example, that Auchinleck’s otherwise culture-challenging efforts in 1943 and 1944 to raise the pay of Indian Commissioned Officers to the levels of their British colleagues, was for the purpose of buying their loyalty rather than of giving them equality with their peers. Equally, it is seriously suggested in some quarters that the offer of money likewise persuaded millions of otherwise impoverished Indians to sign up for war work during the industrial expansion of India. Illiterate peasants knew no better than to take the financial bribes offered in exchange for their labour. It is argued that others were forced by convention and the belief that ‘family and personal honour depended on a military career.’ Millions of men thus became mercenaries of the British, subject to intense and relentless propaganda which bound their minds and wills in an unprecedented and highly successful, coercive, manipulation.

I suggest that we recognise these assertions to be exaggerations and political point-scoring, to prove that the Raj was bad and that the Indians who willingly stood up against fascism and totalitarianism in the Second World War weren’t doing it for India, but because they were forced against their conscious will to do so. But I can find no evidence that 2.5 million men joined the Indian Army between 1939-45 as the result of a ‘propaganda offensive’ by the British government which ‘secured the partial allegiance or at least acquiescence of part of the population’?  The argument suggests that the reason, or at least part of it, for the recruitment of such large numbers to the Indian Army lay in subconscious coercion. Yet it does not explain why the men thus recruited were prepared to die for this compulsion, and why Indian soldiers were to win 22 of the 34 Victoria and George Crosses awarded, for example, during the Burma Campaign. It is rational to conclude that, instead, most Indians who joined the armed forces in such extraordinary numbers did so because they had weighed up the options and assessed the nature of the sacrifice, they were willing to make for the sake of the government of India, regardless of its political colour. In this sense, their decision was made on the basis of a conception of India much larger than the framework of politics as it existed within Indian polity at the time. The threat to their conception of what India was and could be therefore far outweighed the rights and wrongs in their minds of colonialism, if the issue or argument ever surfaced at all for the majority of young men making the choice to join up.

The truth is that reality trumped ideology in the face of the imminent and existential danger to the Indian state by the Japanese. Most Indians accepted that the Raj was, rightly or wrongly, or for the time being, the legally constituted Government of India. Like all governments everywhere, it had supporters and opponents. Few who opposed the government on nationalistic or self-governance grounds questioned its legitimacy, as that would have invalidated their own claim to be its successor in due course. Likewise, the Indian Army was India’s army, not Britain’s. As Professor Roger Beaumont observes ‘it is most interesting to weigh the charges that the Raj built its army in India as an oppressive instrument against what one sees in how lovingly and energetically the Indians have retained the model.’  The evidence suggests instead that the theory of ‘prosaic oppression’ and its common language of ‘unconscious bias and systemic structures of power’ is a fabricated political construct that does not relate to what we know through the historical record of everyday human experience in colonial India – especially in wartime – the facts being squeezed to fit within a fixed and unbending theoretical model.

It was true that India did not have political independence, but in every other sense the freedom to make social, economic and political choices within this overall environment cannot be said to have been constrained by such oppression that human agency was so deviously manipulated to suit ruling British interests. Young Indian men and young Britons both joined the Indian Army for the same purpose in times of peace; for adventure, employment, the lure of military glory, the age-old attraction of the sword. Indians were no more victims of their polity than were Britons, both of whom were, of course, victims of the fascist militarism that dragged the world into a second great slaughter that century of world war. The tyranny to which some refer, if it relates to anything, can only do so to the prosaic constraints of ordinary civic society – such as obeying the law, as can be seen during the Quit India protests in 1942 – rather than that of an unbending and devious oppression.

Looking back at the imperial period through the lens of victimhood is therefore deeply problematic historically and philosophically. It ensures that we never see the 350 million Indians of the time as they saw themselves, collectively or individually – a people in fact with acute political agency (as evidenced by the burgeoning nationalist movement), on a journey to self-rule. Likewise, it treats every Briton in India at the time, every level of power exercised and every action undertaken in response to a decision by London or Delhi as oppressive, and conversely fails to treat Indians fairly as individuals, denying to them the fact that they wielded real power. In imperial power relationships agency is never one-sided. The victimhood mantle ignores the reality that the actual power wielded by Indian political, social and economic agency in the 1920s and 1930s (combined with Japan’s pricking of the imperial bubble) enabled India to achieve independence in 1947. Our sense today, looking back, of the size of the nationalist protest against colonial rule has almost certainly exaggerated its impact on ordinary people. This is not to underestimate its ultimate importance, rather the noise it made at the time in terms of the influence it had on the behaviour of men considering joining the armed forces, and the impact it had on those who had already enlisted. History remembers the noisy minority, whose views tend to be over-represented in any analysis of the past, while generally neglecting those without a voice. Fortunately, nationalism and respect for the government’s legitimate role in defending India (even a colonial one) were not mutually exclusive in 1942, or the ranks of the Armed Forces might have remained empty, and India’s door opened for the Japanese to march in. Perhaps it is precisely because the ranks of the army were so large between 1942 and 1945, that much effort is generated today in post-colonial studies in explaining away why these men joined in such numbers and with such alacrity.

India, therefore, has every right to recover the history of the pre-1947 period, for it was then that the foundations of modern India were established. The Japanese in Assam and Manipur in 1944 and in Burma in 1945 were defeated by an Army that was 87% Indian. Victory in Asia could never have taken place without Indians coming forward in large numbers, and of their own volition, to serve their country. It is this, which India – and yes, Pakistan and Bangladesh as well – can legitimately take great pride.