A popular meat house from Bihar wants to be next KFC 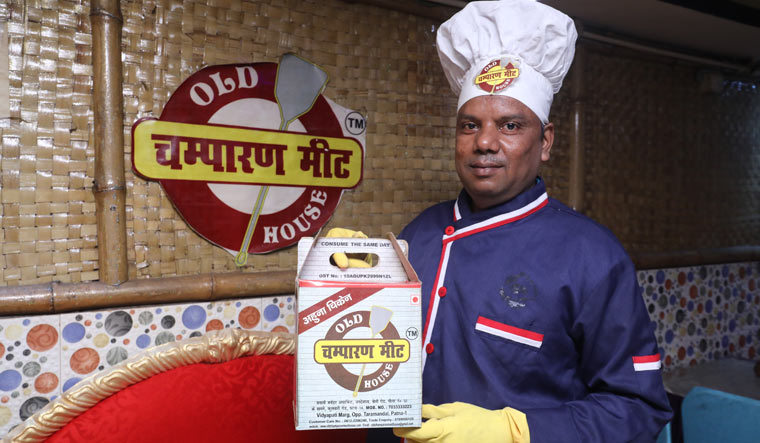 For two years, Gopal Kumar Khushwaha tried to place his BMH magic meat masala on Amazon and Flipkart, but they did not oblige. A foodpreneur from Patna, his outlet 'Old Champaran Meat House' is now a well-known chain in Bihar for takeaway handi or ahuna mutton. Three years after setting up business in 2014, he started facing stiff competition from other canny peers. That is when the 42-year-old decided to package and popularise his 32-masala alchemy.

"I wanted to create something from home. Anyone in the world should be able to make our kind of handi mutton. I started selling these packets to visitors at our store. My wife and I made YouTube videos and WhatsApp forwards," says Gopal on the phone from Patna. "I can assure you that there are 10,000 outlets in India which are using our magic masala to make Old Champaran style mutton curry," says Gopal, who claims to be the original mastermind of the regional delicacy Champaran meat curry, a popular one-pot mutton curry from Bihar, also known as 'matka ghost' as the meat is cooked in earthen pots.

When lockdown kicked in last year, Old Champaran Meat House was not open for business like everyone else. Denizens of the city missed the soft, smoky offerings of their favourite meat house. Suddenly, the demand for BMH magic meat masala shot up. "And then Amazon and Flipkart came calling. BMH magic meat masala made a blockbuster entry on these e-commerce sites last year," says Gopal with much pride. 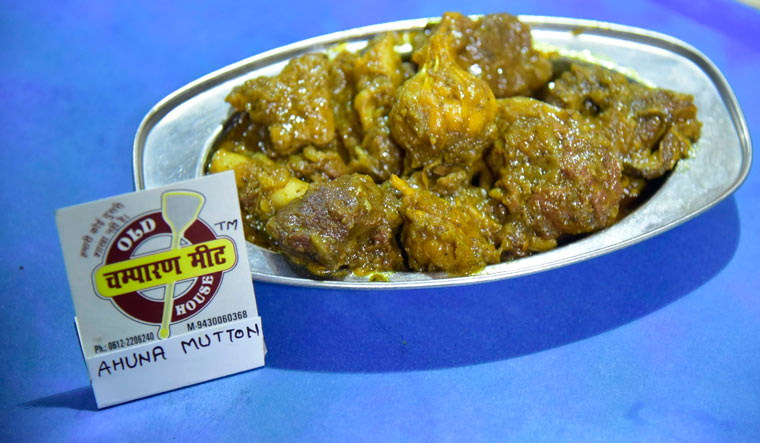 Since lockdown, he says he has packed off more than a lakh boxes of the multi-spice mix. "Other brands are neither sure nor pure. With BMH, 1 kg of Handi mutton can be cooked with 35g of my spice-mix," says Gopal whose product now competes with meat masala mixes from brands like Everest, Tata and Catch. "Anyone who only knows how to make tea can easily make mutton with our masala, this is my guarantee. If it doesn't happen, my life is a waste," says Gopal who has added his and wife's phone numbers on the masala box for any clarifications from customers.

But 2020 lockdown hasn't just translated into magical sales for Gopal's meat masala boxes. It has spurred him to invent machines which will cook the exact same specialties from Old Champaran Meat House. 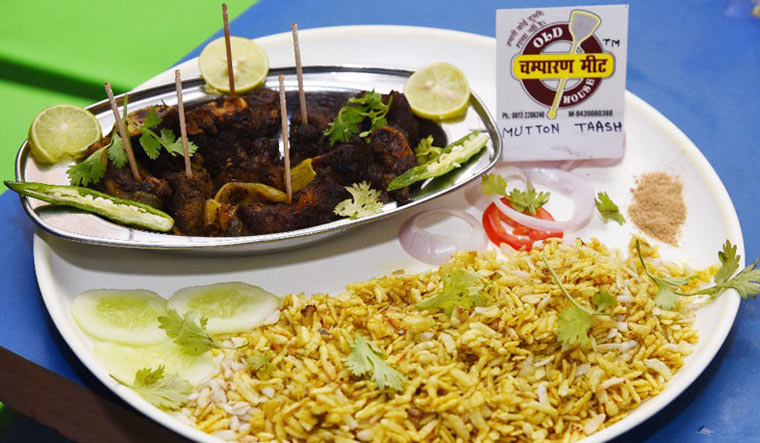 Gopal had opened an outlet in Noida Sector 15 in Delhi. But the pandemic shut down his dreams of expanding into the capital. Besides, he is always wary of franchise owners not following strict guidelines for the specific oil and spices to be used for the meat preparation. So without moping, he used his time to make fully automatic machines retrofitted with 'bhatti', temperature control, smoke detectors and the works. "These are tools for me to be able to step out of Bihar. One of them is as big as a cement mixer and can be scaled to cook for 2 lakh people at a time. I am waiting to get them patented," says Gopal, who started off as a caterer for weddings and other social events in Patna. Once a client demanded Handi mutton for one of his events and this set Gopal off to Ghorasahan village in east Champaran, close to the Bihar Nepal border, where handi mutton is cooked in open pots. He improvised this method to cover a rice-cooker like pot with kneaded dough, leading to a softer, more delectable version of ahuna mutton in record time. After setting up Old Champaran Meat House in Patna in 2014, he has opened five more outlets.

"With my machines and masala, even if your workers run away, your restaurant will still be running and smiling. I want to be the KFC in India," says Gopal, keen to chart international waters by 2022.