Can open air theatres be adapted to stage plays? 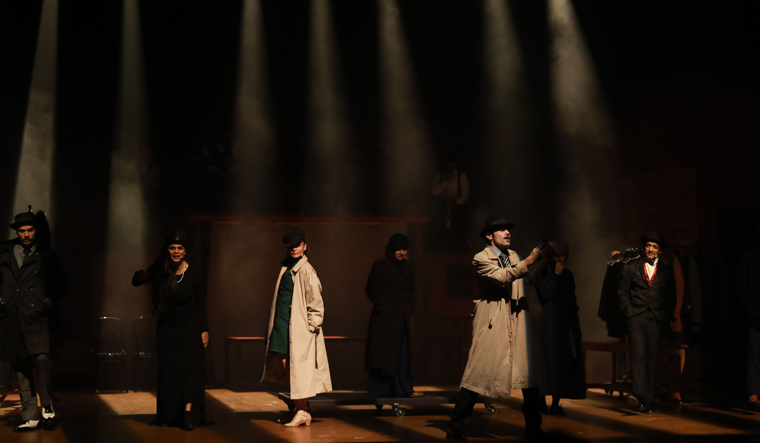 Vivek Vijayakumaran from Our World theatre company in Bengaluru has parked a trial play for October. He clarifies it is not a livestream or a Zoom workshop, but a "normal" performance in the collective's company space in Koramangala. Without giving away too much, he informs that it will be a small show of about 40 minutes, so the audience, which won't be more than 10 to 15 in number, won't have to wear masks for a long time. Theirs is not a closed space anyway, they have French windows on all four sides to allow enough natural air. Vijayakumaran assures he will only invite people he knows as this kind of an undertaking now involves trust. Ten days before the play is showcased, he has instructed the actors to refrain from stepping out much in public to avoid unnecessary exposure.

Vijayakumaran is reluctant to call this upcoming show a public performance. "It is a work-in-progress kind of sharing among theatre-makers. Even something like this was unimaginable in the last few months," says Vijayakumaran as he gingerly takes baby steps to revert towards what used to be routine affairs as a thespian in the good old pre-COVID days. "I am using this time to prepare two solos for when the world opens up. And it's not about Corona," says Vijayakumaran, equal parts hopeful and defiant.

But what about the fact that open air theatres are allowed to resume operations with a maximum of 100 people from September 21 as part of the 'Unlock 4.0' guidelines? Can plays be adapted for an open air stage at a time when auditoriums and cinema halls remain shut? "In a city like Bengaluru, you never know when it can rain. As an urban city, we aren't really prepared to put up plays in the open air," he says.

His nonchalance about open air theatres are echoed by most thespians who have been busy pivoting to a digital interface, putting out solo performances on Insta live, holding acting workshops on Zoom or doing re-runs of old shows on YouTube. Few are hopeful about returning to the proscenium this year even as 'Unlock' stages advance in the midst of India becoming the country with the second highest number of Covid cases.

Mumbai-based playwright Purva Naresh knows that making a stage out of nothing is always a creative challenge for thespians, it is their playground. Still, she hasn't been designing anything for an open air format. "We are still trying to come up with new grammar for the online space. A lot of us are going through this validation question. What is a live performing art now? How does it change if this is going to be the new normal? How does that affect us? If we are undergoing a change and the audience is also undergoing a similar change, then how does that synergy between an actor and audience change?" says Naresh. "Besides, I don't even know how many open-air theatres are there in Mumbai," she adds.

For film, theatre and television actor Hemant Pandey, the good times might not be too far away since 'Unlock' guidelines are changing every month. He and his friends are working towards the day auditoriums can be allowed to open, even at a reduced capacity. "Adapting to a digital medium is a big challenge for the theatre people. It is a highly interactive art form. Virtually, you can't gauge the audience response, there is no clapping. It is just boring. All of us have been working through the pandemic and we are dying to show our work," says Pandey who doesn't think open air theatres can be of much use for stage actors since it requires one to arrange their own light and sound, jacking up production costs.

Theatre veteran M.K. Raina is skeptical about auditoriums themselves, if and when they do open this year. "All these theatre auditoriums are privately owned by big houses. They want to earn money. Kamani (in Delhi) is a lakh plus for one day. Shri Ram Centre is around Rs 70,000 per day. It's not worth that much. Theatre people are redundant for them today." Raina does have a solution to offer if open air theatres in Delhi are to be utilized for stage productions. "The Kejriwal government should either foot the bill or share the cost with theatre companies and directors to stage a play in open air theatres. Then we may consider it. We mount a production, do publicity and then call only 100 people? It's absolutely stupid."