How Ludo has endured through the ages 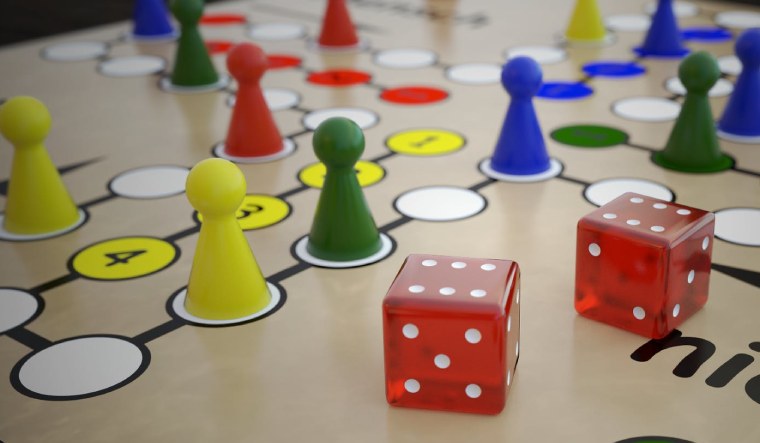 Demand for Ludo, among other board games, has been on the rise | Pixabay

Candy Crush Saga, PUBG, Clash of Clans, Temple Run might be some of the most popular gaming apps, but Ludo King has surpassed them all to become numero uno with more than 185 million monthly active users during the lockdown. It has more than 350 million downloads—a record untouched by no other Indian gaming app—according to the app’s creator.

Moving beyond the virtual rush, stationary shops and grocery store owners in Delhi are reporting an increased demand for the board game in all shapes and sizes after the COVID-19 lockdown, with families hunched over it in neighbourhood corners and terraces.

An actor from Mumbai showed off a full bed sheet which splayed out like a giant Ludo mat where his kids play the game with a cushion dice.

Outmanoeuvred by his wife in a game of online Ludo, a husband broke her spine after a verbal duel following the defeat in Vadodara last month.

In a village in Greater Noida, a 25-year-old man is shot at after he coughs in the middle of a Ludo game, sparking fears of COVID-19 infection.

Stories around this good old board game, whose modified versions in India can be traced back to the latter part of third millennium B.C., are proliferating in a pandemic which has brought the world to a standstill. The homegrown strategy game—on a cross-and-circle layout in red, blue, green and yellow, where 2-4 players circuit from start to finish with the roll of a dice—is also governed by luck. The roll determines one’s fate and the end goal is get the four markers to heaven or home without capture and lock. In India, the game has historically been recognised as pachisi, chaupar and chausar. The game of chausar or chaupar was played by Shakuni, one of the main villains in the Hindu epic ‘Mahabharata’. Shakuni was best known for perfecting the sorcerous game of dice which was, according to some versions, made using the bones of his dead family members. Predictably, Shakuni never lost a game and the dice always rolled in his favour.

The Mughal emperor Akbar was known to be one of the most avid players of pachisi. In his courts and palaces in Agra and Fatehpur Sikri, he divided a part of the floor plan into red and white squares, with a huge white stone in the centre as home. The women from his harem, dressed in colours of the players, moved around as living pawns on these squares with the roll of the dice. “It is said that the Emperor took such a fancy to playing the game on this grand scale that he had a court for pachisi constructed in all his palaces, and traces of such are still visible at Agra and Allahabad,” writes M.L. Rousselet in the book India and its Native Princes.

Yes, from ancient times, “the people of Hindustan have been fond of this game,” as Akbar historian Abul Fazal went on to write.

Then in 1891, an Englishman by the name of Alfred Collier applied for a patent for ‘Royal Ludo’, claiming it was his invention. That’s when ‘pachisi’ became Ludo. ‘Antique Collier “New Game of Ludo” Playing Board Pat No. 14636 Royal Ludo’ is now a collector’s item which often pops up in online auctions as rare memorabilia.

There are a number of westernised versions of the game, ‘Parcheesi’, ‘Sorry!’, ‘Parchís’ (popular in Spain and northern Morocco), and ‘Parqués’ (in Colombia), to name a few.

When a Pennsylvania-based toy-making company launched ‘Paschisi’ as the “Game of India” back in 1938, its phenomenal commercial success was recorded in the Harvard Business Review as a case study meant to inspire budding entrepreneurs.

There is no dearth of stories down the ages around this game of intelligence and luck. But what endures is how it brings family, friends and foes together, like a ‘social lubricant’ in this time of social distancing.