October 15 is observed as the International Day for Rural Women 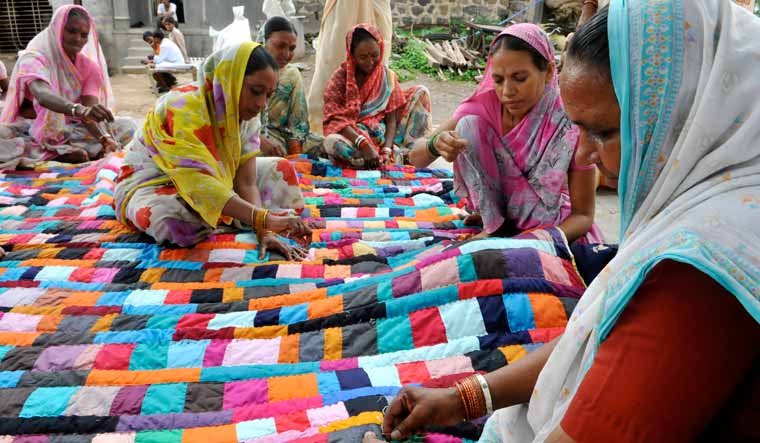 The 20th century brought about significant changes in the status of women, and over the years, a number of initiatives have been undertaken by the government, businesses and social organisations to address the issues faced by women and bridge the gap created by society. However, there is still a long way to go before women can truly become empowered. For sustainable development of a country and achieving gender equality, it is crucial that the women are empowered.

Women from indigenous and grassroots communities are often also custodians of traditional knowledge, which is key for their communities’ livelihoods, resilience and culture. They are integral in the rural economy as farmers, wage earners and entrepreneurs. They are the key ‘Agents of Change’ for achieving the transformational economic, environmental and social changes required for continued development. Empowering rural women by creating employment opportunities contributes to inclusive and economic growth.

There is an urgent need to address the widespread barriers that women face in rural markets, so that they are no longer involved in informal, low-status, low-skilled and poorly paid jobs, without legal or social protection. According to 2017-18 report by National Sample Survey Office (NSSO) report, “In rural India, 3.8 per cent of women are unemployed. While the unemployment rate was 9.7 per cent to 15.2 per cent for educated rural females in 2004 to 05 and 2011 to 12, it has increased to 17.3 per cent by 2017-18”.

By providing equal provision of rural services and infrastructure, it is possible to facilitate women’s access to education, productive resources, and build on their knowledge, skills and abilities. Despite seeing an improvement, there is a requirement to focus and make efforts to increase women’s representation in local institutions and governance mechanisms and include them in decision-making within their households and communities. Women empowerment has progressed beyond being an urban phenomenon as the government and various welfare organisations are trying to bring a paradigm shift at grassroots level.

There are multiple government schemes to support and guide the rural women through various entitlements, which has also helped them to come together to form Self Help Groups (SHGs). Schemes like Pradhan Mantri Mudra Yojana supports more than 50 million small business owners, a majority of whom (78 per cent) are women. These SHGs with enterprising women help a community at large to explore business ideas, gain access to resources (human, intellectual and financial) to begin their venture and explore means to expand these as well. Mahila Shakti Kendra is another scheme that aims to empower rural women with opportunities for skill development, employment, digital literacy, health and nutrition.

The story of Radha from Vallimadurai village of Dharmapuri district in Tamil Nadu is one of the successful examples of SHG. Radha was a cattle grazer for the last few decades with a small land. As there were no animals reared for milk in her village or the nearby ones, Radha faced a lot of challenges. There was no common milk collection centre or a requirement for the same in and around the village. With the support of Srinivasan Service Trust (SST) that adopted this village in 2013, Radha was able to find a solution to her issue. The SST works closely with the communities at the grassroots level is the key driver to build linkages between the community and government as well as to build awareness across the villages on the various entitlements and ensure that all of them avail the same. Radha approached SST for support, based on which they worked towards streamlining the facilities, including bank linkage, and purchased dairy animals. Initially, they struggled as no agency came forward to collect milk from the village. However, with the support of the SHG that was formed with the guidance of the Srinivasan Service Trust, Radha started a milk collection centre for further distribution. She was the only person, who came forward to tie up with the milk society to collect milk and gradually build her business.

Today, Radha runs the milk collection centre for the locality and 37 members within the community, who supply milk. In addition to the milk collection centre, she also established a mini dairy farm with seven cows, and also cultivates latest fodder varieties. Presently, she is trying to prepare their own concentrated cattle feed with locally available low-cost grains. Her husband, who was previously a casual wage worker, supports her.

This is just one example of a successful project taken forward by a woman for the prosperity of her family and community. The need of the hour is thoughtful planning, considering complex social, economic and cultural nuances, decision-making dynamics within the community and access to resources. It is important to thoroughly consider, research, and collaborate necessary actions for holistic and long-lasting solutions that will help in empowering women in the true sense.

Swaran Singh is a retired IAS officer who is currently serving as the chairman of Srinivasan Services Trust (SST), the social arm of the TVS Motor Company.