Azerbaijan: A slice of Europe for movie-makers on a budget 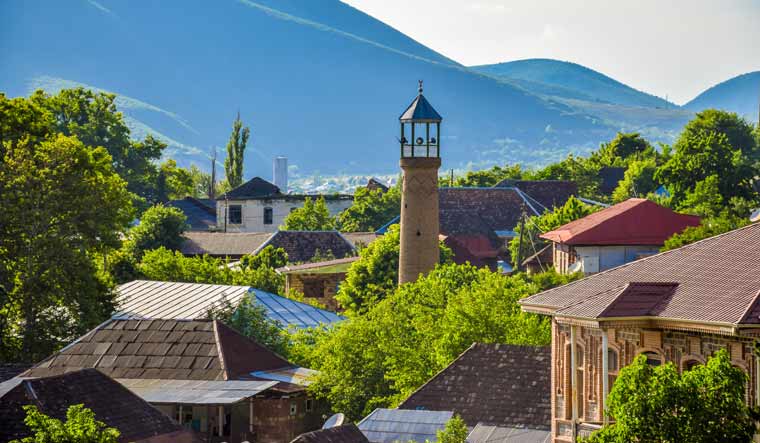 Malta, the tiny island country off the coast of Sicily in Europe, has it all—cliffs, beaches, harbours, majestic forts, rustic stone buildings.

One of Hollywood's favourite stomping grounds, thanks to its "Californian climate", competitive tax rebates and countless scenic locations, the list of films shot in Malta since 1925 include Troy, Gladiator, Captain Phillips, Murder on the Orient Express, and The Count of Monte Cristo. Epics of the "swords and sandals" variety are particularly amenable to be shot in this ancient, sun-kissed Mediterranean hotspot.

Florian Sengstschmid, CEO of the Azerbaijan Tourism Board, might as well be talking about an Asian version of Malta when he excitedly unveils plans to lay out the red carpet for the Indian film industry during a three-city roadshow for travel industry leaders from September 9 to 13. When asked if he ever thought about Malta while pitching Azerbaijan to trade partners and travel agents, a flash of inspiration crosses his face. "Wow, I haven't thought about it yet, but it is an interesting idea. What I can tell you is that Azerbaijan, in its relatively small territory of 90,000 sqkm, has seashores, high mountains, deserts, cities, small wooden villages, full broadband on-location etc," says Sengstschmid, who adds that his country is ready to install the support mechanism required to put the central Asian country on the map for Indian filmmakers who want a feel of Europe at a cheaper rate. A specialised film commission for the purpose is on the anvil.

Last year a Telugu film, starring Ram Charan Teja, wrapped up shooting in the capital Baku. Upcoming Bollywood remake of Coolie No. 1 featuring Varun Dhawan and Sara Ali Khan, and a part of Ajay Devgan’s Chanakya directed by Neeraj Pandey, will be shot in Azerbaijan end of the year. Ambassador to the Republic of Azerbaijan to India, Ashraf Shikhaliyev, opened his speech by recalling the YouTube video of a Tollywood production which completed filming in recent weeks, recreating a Parisian landscape in Baku.

The former Soviet Republic, situated at the intersection of East Europe and West Asia, is encircled by the Caspian Sea to the east, Russia to the north, Armenia in the west and Iran on its south boundary. The country has nine climatic zones, from alpine to subtropical, offering travellers on a budget a simulacrum of a European experience. Lonely Planet calls Baku "the architectural love child of Paris and Dubai…albeit with plenty of Soviet genes floating half-hidden," referring to the seamless blend of eastern and western influences, from its modern Flame Towers to the depths of the Unesco-listed Old City. This makes it a perfect candidate for setting a diverse range of compositions on celluloid.

With a direct flight from Delhi operating from June and a simplified electronic visa procedure which can be completed in three hours flat for Indian passport holders, tourism from India to Azerbaijan has reportedly gone up by 80 per cent in 2019.

Rich in oil and natural gas, Azerbaijan has been experiencing an infrastructural boom in the past decade. It has hosted some big-ticket sporting events, including the 2015 European Games and F1 European Grand Prix in 2016, apart from being one of the hosts for the upcoming 2020 UEFA European Championships.