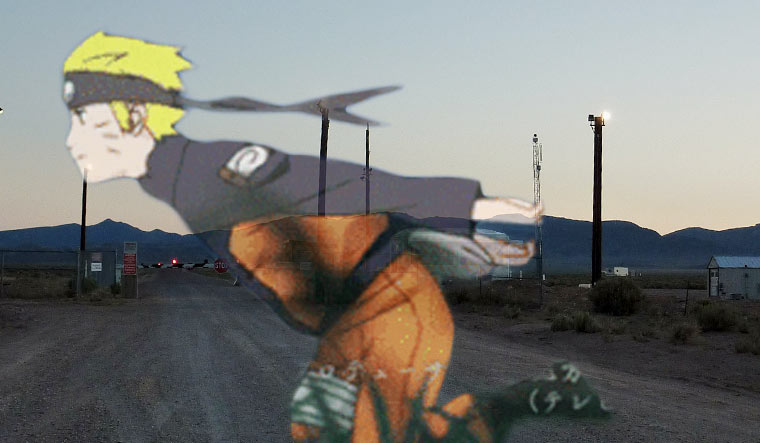 Representational image of the planned tactic for storming Area 51

These are troubling times indeed for humanity as feelings of discord and intolerance turn people against each other at every turn. But every now and then, mankind unites blind to race, religion and gender to fight for noble causes. The medium for these moments is often digital; from Change.org petitions like the one that united 300,000 to ask for Justin Bieber to be deported from the US to Facebook events that asked 59,000 followers to blow a Florida-inbound hurricane back to the sea with fans. The latest and greatest cause, however, might be the internet’s most ambitious plan yet.

A Facebook event titled “Storm Area 51” has garnered over a whopping 1.2 million supporters for its plan to rush the infamous US Air Force base in the Nevada desert. The cryptic base has been the source of a mother lode of conspiracy theories since forever and has even made appearances in popular sci-fi movies like Independence Day as the Government’s secret alien holding facility. Also fostering the folklore are the almost regular reports of UFO sightings from the area.

Never in dearth of ambition, the gallant heroes of the internet have now decided that it is time to end the mystery for once and for all. “They can’t stop us all” runs the cheerful caption for the event, calling upon hordes of strangers to assemble amongst the sands of the desert at dawn on September 20 and attack the forbidden land. Their foolproof plan is to run very fast with hands outstretched behind them, inspired by the running style of the anime character Naruto. “If we Naruto run, we can move faster than their bullets. Let's see them aliens” goes the event’s description.

The post attracted a slew of memes, swiftly prompting the largest-ever search frenzy for Area 51 in Google’s history.

It is all just a joke though, says the creator of the event who is probably now on an FBI hit list. “I just made it to win me some thumbsy uppies” he says innocently. But it does not really seem to tickle the funny bones of the US military who is now seeing the plan as a potential raid. The military stands ready, reports the spokesperson for the Air Force. In what has to be the most unexpected turn of her career, he has warned the enthusiasts against the attempt. “[Area 51] is an open training range for the U.S. Air Force, and we would discourage anyone from trying to come into the area where we train American armed forces."

This should have been enough to dissuade the supporters but it seems not as the hotels near the site have been found to be fully booked for the announced date. But perhaps it would be wise on the part of the supporters though to rethink their ballistic knowledge and unwarranted reliance on Japanese manga.

Nevertheless ‘Storm Area 51’ has taken the internet by the storm with memes and jokes galore at all social media platforms. The meme community has truly outdone themselves with the hilarious and quite creative takes on what would go down on September 20 and has even managed to resurrect dead memes.

Now a global sensation and with just two more months to go for the ”siege”, the numbers keep increasing every day for the event. This might very well be the closest our generation gets to a modern-day Bastille storm, as mankind plans to “Naruto run” its way through the US army bullets to unveil the secrets of the sky. What a time to be alive!