'Lorni-the Flanuer': A Khasi movie that encapsulates the soul of Shillong

The film will be screened on May 20, 8.30 pm at the India Habitat Centre in Delhi 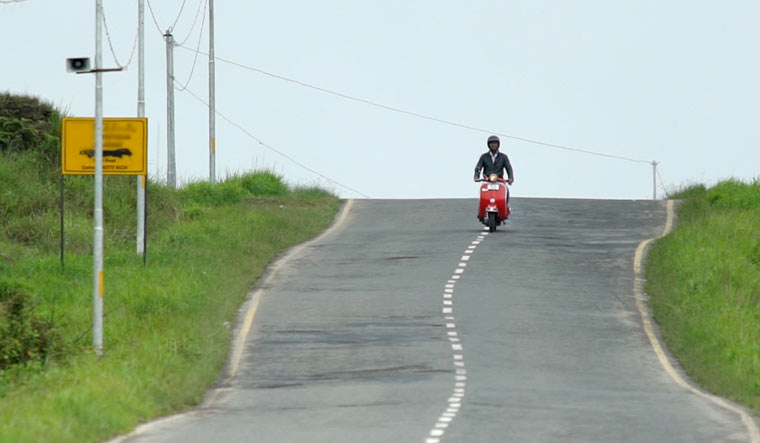 A scene from the movie Lorni-The Flaneur

Down and out in Shillong, Adil Hussain's character in the feature film Lorni-The Flaneur fashions himself into a detective to escape the langour and frustrations of his drab existence. Attuned to the pulse of the streets, he is suddenly given a task to investigate the "disappearance of objects of great cultural value". And thus begins an exhilarating ride through the darkened lanes and alleyways of his sleepy little town which also parellels the maze of Hussain's roiling mind. Lorni is born out of the #khasinewwave cultural movement and is part of the 14th Habitat Film Festival which begins on 17 May.

Lorni's director, Wanphrang K. Diengdoh, is founder of red dur, a production space for films and music. He is also part of a politco-punk band Tarik and #khasinewwave music project Ñion. In 2011, his debut short film 19/87 bagged all the awards at the GISFF Film Festival. His previous documentaries include Where the Clouds End on tribal identity and border politics, and Between the Forest and the Song, a film that explores the song-naming tradition in Kongthong village. In 2017, he released a film on tribal labour during the First World War. In an interview with THE WEEK, he shines a light on the making and meaning of Lorni.

Can you tell us about the meaning and significance of the word Lorni in Shillong's cultural milieu?

Lorni is a Khasi word that refers to someone who is nosy or perhaps very inquisitive about other people’s activities. Shillong still functions like a small town in certain regards and there are not many secrets out there. Perhaps if you were a Lorni, you would definitely have an idea about what are the happenings around town.

In the film, a detective investigates the disappearance of objects worthy of great cultural value. When and how did this idea take root?

Shem (Adil Hussain) in the film is not actually a detective per se, rather an employed individual from the city who suddenly stumbles across work when he is asked to investigate the disappearances of objects of great cultural value for the Khasis.

I had just finished my masters from Jamia back in 2009 and wanted to work on a fiction film but then I realised how difficult that was. The concept gradually evolved into a graphic novel idea but even that was shelved for the longest time for several reasons but mostly because I started doing non-fiction films. So for almost a decade now, I have been completely engrossed in the non-fiction form and it was when I finished Because We did Not Choose, a film on indigenous labour in the First World War that I told myself that I was going to take a little break from the non-fiction form. I think it was also what was going on in my personal life that fuelled this project. So perhaps Lorni-the Flanuer found me and told me that it had to be seen on screen and boy am I happy about that! It has been extremely cathartic to say the least.

A news article said that your 2011 fiction short film 19/87, set in the context of the 1987 ethnic riots, marks the onset of ‘Khasi New Wave’. How much of this movement has permeated cinema coming out of Shillong?

Not much really, to be honest. In fact, most filmmakers from the region still work on a model that is largely informed by a certain kind of mainland aesthetic and revenue model and I think that is absolutely alright. But then again for me, I have always understood art as something that can shape society and how people look and imagine the world around them. The movement is slowly (and I mean slowly) proliferating into other arts practices, but the common thread that links them is that they are all informed by Khasi philosophy and the everyday realities of our society.

Can you tell us a bit about your journey into filmmaking and how it led to the creation of red dur? 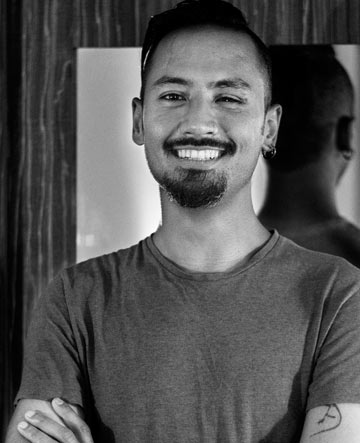 But my foray into the arts has been through music. So perhaps there itself I had the key ingredients to do films. Apart from that, Khasi society was an oral culture until the 1840’s. So, storytelling was a very integral part of our identity and I vividly remember my grandparents telling me these legends and folktales. It was fascinating for a child growing up and I still relate to those stories even today. I also knew from a very young age that I was going to make films. Eventually, I did have formal training in filmmaking but I think what is crucial for any filmmaker, musician, artist or writer is the journey they make and continue to make to find whatever their truth is. I think this experiential knowledge is what really informs anyone’s art.

Red dur actually started off as a film club. We would screen films for a tiny set of cinema enthusiasts in Shillong. We had all sorts of people coming—students, working professionals, artists, political activists, writers, alcoholics, pot heads and of course the general slackers. It was an eclectic mix of people and that made it quite exciting. This was back in 2010 and Shillong still didn’t have much to offer in terms of a space geared towards cinema or art for that matter. Slowly, it transformed itself into a film production space that had people who were part of the film club as members. I think we all had this desire to create a different kind of cinema and do something different for Shillong. Slowly, as time progressed though, our numbers reduced for various reasons of course, primarily because one also has to make a living and Shillong really didn’t have a scene that could support independent cinema or arts practice.

You are also part of a #khasinewwave band called Ñion. How have you used music in the film for creating atmosphere and offering socio-cultural references?

I treat a film like a musical piece and a musical piece like a film. I was very fortunate when it came to the score because a lot of my musician friends contributed their music. Gareth Bonello (from the 'Gentle Good') has been studying Khasi music for his Phd thesis and when I told him that I wanted some of his pieces, he was more than happy to share them. Similarly with Stefan Kaye, ('The Ska Vengers', 'Jass B’stards' etc.) whom I’ve worked with before doing music films for the bands he plays for and have huge admiration for what he has done to the music scene in this country in the past 10-15 years. And of course, my sonic co-conspirator and band mate Hammarsing Kharhmar who I believe is a musical genius having played for 'The Strokes', Albert Hammond Jr and many more, but most importantly fuelled by the same kind of traditional Khasi music as I grew up with. It was a cosmic coincidence that we happened to be at the same place at the same time to start Ñion. He had come back to Shillong after living in the States and was keen to get a new music project going. I agreed to record for him if he would write some music for the film. Next thing I know, he sends across me this manic piece that just fits in so well with this sequence where Shem (Adil Hussain) is chasing one of his suspects through narrow alleys and the streets of Shillong. The moment we threw in some vocals, the track sounded like it came straight from the depths of the primordial and onto the streets of Shillong. We just released the music video a week back called Shem-Ñion. But yes, visually, Shillong city is a mash-up of the old and the new and the music of Ñion is precisely that.

How has Lorni dealt with issues of tribal identity and communal divisions in Shillong?

I think it questions who has authority over our culture. But with regards to communal divisions, I don’t think I have really asserted my opinion on the matter. My previous films 19/87 and Where the Clouds End have dealt with this issue in quite a bit of detail. With Lorni-The Flaneur, I was very keen to introduce to the world this guy who lives in Shillong and is looking for things that are taken away from him. The interpretation and analogies are of course rife!

Lorni-The Flaneur will be screened on May 20, 8.30 pm at the India Habitat Centre in Delhi.