Mehsampur: A film in search of a film on the 'Elvis of Punjab' 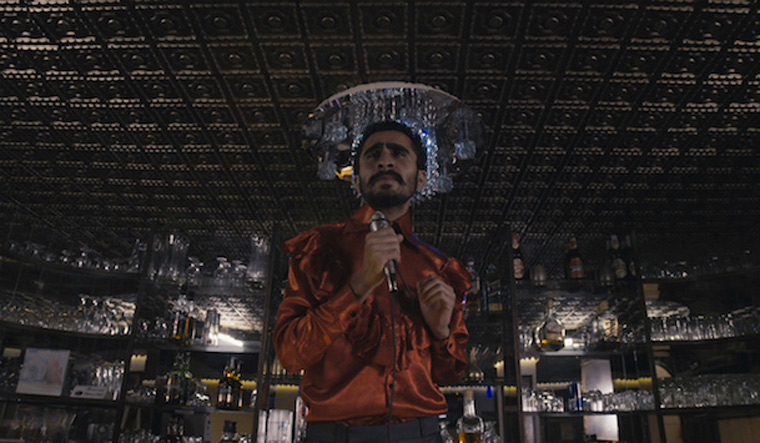 The toxic masculinity of the Punjabi male, alcohol abuse, extra-marital affairs, wife-beating, losing one's head over a sister-in-law or Khalistanis whetting their weapons, nothing was spared by the legendary Punjabi folk singer Amar Singh Chamkila who achieved peak popularity in 1980s Punjab at the height of the Sikh separatist movement. Chamkila and his wife and stage partner Amarjot Kaur enthralled a generation of Punjabi listeners with songs most would consider family-inappropriate or "trucker music". It was reviled for being low-brow and licentious, but Chamkila chose to sing about what he saw around him rather than croon nostalgic ditties of a so-called glorious past.

On March 8, 1988, Chamkila, Amarjot and two other musicians from their group were shot dead in Mehsampur village in Jalandhar district. While it is hard to determine any single motive for their murders, it is not difficult to guess the possible reasons behind them being targets. Chamkila was born in a Dalit family and his second marriage with Amarjot Kaur could never by easily digested. Chamkila's earthy, indelicate songs resonated with the rural folk, yes, but he was also becoming popular amongst the Punjabi diaspora. Both Chamkila and Amarjot toured Canada, US, Dubai and Bahrain and they had many contemporaries seething in jealousy. Some say Chamkila sold the highest HMV LP records in the world amongst Punjabi singers. And then how could one continue singing those provocative songs without riling up the moral police in such a repressed, politically volatile atmosphere?

Many filmmakers have been trying to make a biopic on the fascinating life of Amar Singh Chamkila. This is what Kabir Singh Chowdhry found out to his dismay when he went to Mehsampur in 2015 to make a film on the iconic singer-composer. But he was smart enough to capitalise on the frustrating situation and make a mockumentary of sorts. Hence in Mehsampur, real-life filmmakers, actors, musicians and managers related to Chamkila play fictionalised versions of themselves in an attempt to revisit and reconstruct the life of the singer no one wants to talk about anymore. The result is a lampooning of the process of documentary-making which also references and comments on the life and times of the controversial singer many media reports have called the 'Elvis of Punjab'. In Mehsampur, a cash-strapped filmmaker, Devrath, from Mumbai comes to Punjab to make a film on Chamkila but is ill-prepared to patiently deal with the complications on the ground. In his desperate bid to complete his project, he uses and abuses an aspiring actress, Chamkila's former manager and singing partner, apart from a dholak player, the only surviving member from Chamkila's troupe. This trippy piece of meta-cinema ends in a devastating climax. 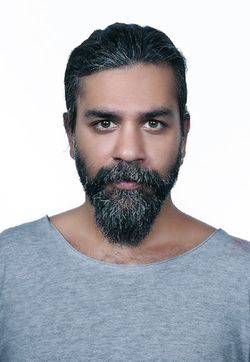 In the run-up to the India premiere of Mehsampur at the 20th Jio MAMI Mumbai Film Festival with Star starting October 25, director Kabir Singh Chowdhry talks about why attempts to make a film on Chamkila are bound to get botched up, how Mehsampur still remembers the once famous singer and what happened when he met one of Chamkila's killers.

How did you get interested in Amar Singh Chamkila's life and career?

I have been listening to Chamkila's songs for a long time now. I grew up in Punjab. We weren't allowed to listen to his songs back in school days. It wasn't considered "good" music because of its explicit content. As kids we were drawn to it. I was born and raised in Chandigarh and went to a school in Mohali. Lot of remixes of his songs used to come from the UK and Canada. There were these other artists too like Kuldeep Manak and Surinder Shinda. We grew up listening to their songs.

A recent review of Mehsampur said that you were angry when you found out that many others are also making films on Chamkila. And so you thought you could make a film about this process, and then use this film to help you to make the film that you actually want to make. That Mehsampur is only the first step, and it won’t be the last. How will your next take on Chamkila's life pan out?

I partnered with Akshay Singh to research another film on Chamkila which is pure fiction. Akshay has written that film. It is about the actual event of his killing. It is from the point of view of the person who assassinates him. I had gone to Punjab to do my research work on this fiction film. And that is when I came across so many people trying to make a film on Chamkila. It was pretty infuriating. Whenever I would reach a spot, I would realise it had already been visited by others before. The locals would ask me if I was from so and so company and making a film on Chamkila. Then I came into some money then to make a short film. That is when I thought I could make this mockumentary as I was anyway deeply into this zone and already had a lot of material to work with. I knew the people who were related to Chamkila and had already spent a lot of time with them. I don't think there is anything about Chamkila in Mehsampur. It is more of a critique on film-making.

My original film is ready. The research is done and so is the script. I am trying to find cash to start shooting.

Can you tell us, in your personal view, what is it that fascinates you about Chamkila's personality and why you are so persistent about telling his story on celluloid? Also why do all attempts to make a film on his life get botched or remain unsuccessful?

What I like about Chamkila is his performance. So if there was Amarjot on stage with him, and Chamkila said anything which was bad or off-centre, there was Amarjot who put him back on track. It was more like a communication happening between the singing couple on stage. They projected that between each other and not the audience and that's what the audience loved. Let's say Chamkila said something really absurd about beating up women and drinking a lot of alcohol, talking about what it means to be a real man, Amarjot would immediately put him down saying what shit are you talking, you can't even stand straight. The public really liked that and that's what fascinated me as well. Another thing I really liked was how he kept singing in spite of death threats. He would tell his crew—the dholakwala, the harmonium and the matkawalas—"don't worry, the bullet only has my name".

People still regard his death as a mystery. People also get stuck in this quest for authenticity when writing a story. That is why attempts to make a film on him always gets botched up. There is never one reason for an assassination to take place, you know.

Chamkila’s manager, Kesar Singh Tikki, former singing partner Surinder Sonia, and dholak player Lal Chand were all related to Chamkila in real life. Have they seen this film? How did they react?

They have not seen the film. Tikki and Lal Chand are invited for MAMI Mumbai Film Festival this month. They will be watching it for the first time. I am slightly nervous about it. They do not understand films. They are not actors either. They do not know how the whole process of editing manipulates everything.

Also, the character of Devrath, was he actually there to research on Chamkila for his film? Or is he fictional? Were there moments where you felt you were uncomfortably similar to Devrath?

He is a fictional character but he is also a filmmaker in real life. He is not an actor. I was looking for a film director to play the film director in the film.

No, I never felt similar to Devrath at all. I am from Punjab. These people (Tikki and Lal Chand) gave me access because of my friendship with them. I was looking for a filmmaker who is new to the place; who walks over everyone.

Which are the other festivals you are travelling to with the film in the coming days? Are you looking at a theatrical release?

MAMI Mumbai Film Festival  is the next big one. We are looking at a theatrical release. We are in talks with producers, so still early to comment.

There is a scene in the film where Tikki, the manager, tries to get Devrath to make do with another singing duo who are much too tepid and uninteresting for his requirements. Are there many such singing duos in Punjab still trying to replicate the popularity of Chamkila and Amarjot?

Yes, there are many such singing duos, although they are not as popular and vivacious as Chamkila and Amarjot. People still listen to Chamkila songs now in Punjab. When I went to Mehsampur, they were cutting crops at the time. Everyone was listening to Chamkila's music on the combine harvesters and tractors. That was quite a surreal thing to watch: acres and acres of land and listening to Chamkila while cutting crops. Chamkila's music is considered very pendu, not meant for the genteel kind; it is for the village folk. The sophisticated crowd here would be let's say Jalandhar. Even Chamkila, when he was invited to perform in cities like Jalandhar, away from the village akharas, he used to get uncomfortable wondering if people would appreciate his music there. 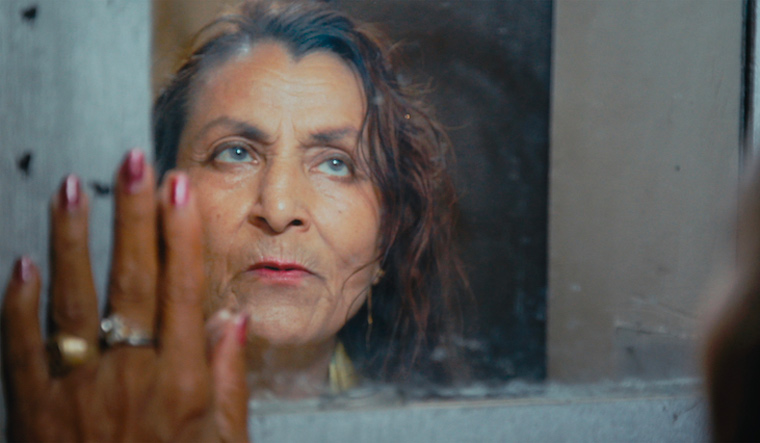 What were you trying to convey through Manpreet's reluctant and slightly disturbing recreation of Amarjot?

Everyone is sort of playing a version of themselves. Manpreet is actually an actress. Because there are so many films being made on Chamkila, I wanted a presence of an actor looking for work in Ludhiana. She's got some neurological stuff happening. Her graph is a little all over the place. She also starts reading the script. So in her own messed up way, she internalises Amarjot.

The whole film is also a build-up to reach the village of Mehsampur where the famous singing duo were killed. What was it like when you reached the village for the first time? How much of that deadly encounter with militants still remains an uncomfortable presence there?

Now the whole vibe has changed. Earlier in the 1980s, dogs were being killed, because they were considered to give away the presence of militants or separatists. So there was an order to kill them or poison them. Now there are dogs all over. Everyone has a dog. I somehow even encountered the guy who killed Chamkila. He is alive and he, too, has dogs. By asking villagers around, I reached his house. He is trying to bring in a 'non-violent Khalistan movement', whatever that means. He was extradited from America. He is one of the three gunmen who killed Chamkila. Me and my friend, who is the writer of the film, went to his house. My friend had fractured his wrist from a bike accident, so he had a cast on. The guy actually made us cut open the cast to check if we had any hidden recorders underneath the cast. I did not ask him too many questions. I got very uncomfortable. He does not even feature in my film.