Majrooh Sultanpuri: An echo of dissent and activism 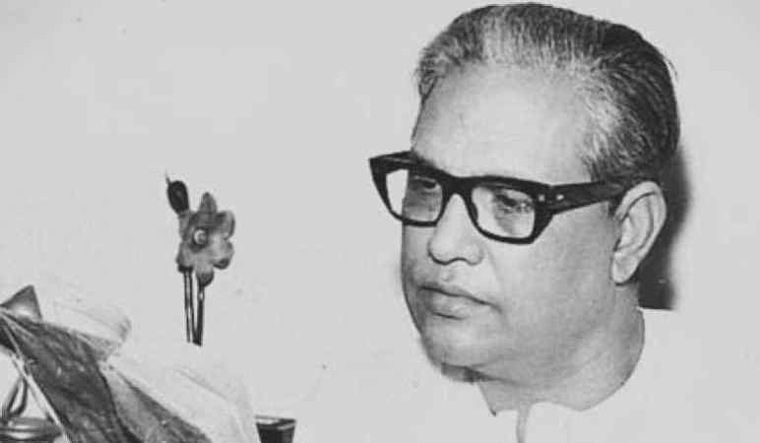 Majrooh Sultanpuri was a poet and a lyricist of various shades. He had an innate ability to write in different genres. From borrowing Faiz Ahmed Faiz’s famous line in Teri ankhon ke siva to Papa kehte hain, Majrooh is probably the only one to have penned super hit songs for both Sunil Dutt in 1969 and Aamir Khan in 1996.

Majrooh was born as Asrar ul Hasan Khan in October 1919, in a Rajput family of Sultanpur, a city of Uttar Pradesh. As the family was conservative, he was admitted to a madrasa. After completing his madrasa education, Majrooh joined Lucknow’s Takmeel-e-Tib college of Unani medicine to qualify as a physician.

A struggling physician, Majrooh happened to recite his ghazal at a gathering in Sultanpur that earned him accolades from the audience. It was then that he decided to leave his toiling career as a physician and be regular at mushairas under the tutelage of Jigar Moradabadi, then a veteran poet.

Majrooh or ‘the wounded one’, as his pen name was, had a strong literary foundation and was actively involved with the Progressive Writers’ Movement in Urdu literature. Majrooh believed in fighting for the equality of rights and he chose his poetry as a tool for speaking up against the oppression. He himself claimed that though Faiz was popular when he started his career, he was the one to popularise the use of public stage for conveying the ideas of progression and activism.

It was his adamant stance on the establishment that took him to incarceration.

During a labor rally organised as a part of workers’ agitation being held in Bombay, Majrooh recited a poem criticizing the decision of Jawaharlal Nehru to include India in the list of Commonwealth nations.

[Such unease with our flag of peace!

He is some protege of Hitler

A mere slave of the Commonwealth is Nehru,

Friends, take him by the collar lest he gets away]

Majrooh went into hiding after an arrest warrant was issued, but came out after his fellow communists Sajjad Zaheer and Faiz Ahmed Faiz were detained in Rawalpindi conspiracy case. The government jailed him in 1949 along with other leftists like Balraj Sahni. Morarji Desai, the then governor of Bombay, asked for an apology but Majrooh who refused. While in jail for two years, he kept writing songs and poems for the people and the film industry, driving the government to release him at last.

Another feather in his cap was to change the perception of mehboob or ‘the beloved’ in Urdu poetry. Mir, Ghalib and other stalwarts before him fancied the beloved as the destination in their poetry. Majrooh reformed this perception to make the beloved a companion in life’s journey breaking away from the prevalent patriarchal mindset.

[Look beyond the prison walls what flowers have bloomed

Look at the exuberance and fervour of spring

Majrooh Sultanpuri worked with almost every music director in Bollywood of his time, including Chandragupt, the Burmans, Rajesh Roshan and O.P. Nayyar. He became the first lyricist to be awarded Dadasaheb Phalke lifetime achievement award in 1993.

In a career spanning 50 years and 350 films, Majrooh won numerous awards including his only Filmfare best lyricist award for Chahunga mein tujhe sanjh savere in 1965. He died on May 24, 2000 in Mumbai.

Ale Ahmad Suroor, a literary critic and Padma Bhushan awardee, writes: “Earlier poets used to take refuge in the sorrows of love from the sorrows of sustenance. Political, social and economic complication of this age has patronised the young minds to an extent that this refuge has become delusional now. To escape from this foundation of ghazal and match footsteps with humanity is the name of Majrooh Sultanpuri.” (from Three Revolutionary Poets by Ali Ahmad Fatmi)