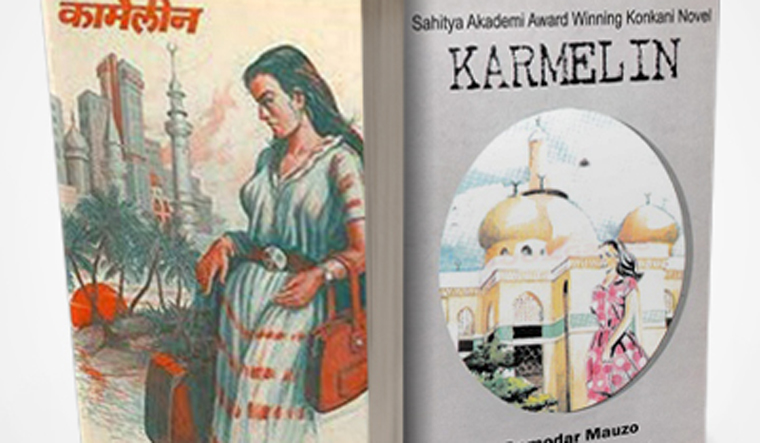 An orphan girl's valiant journey from Goa to Kuwait to find freedom, dignity and self-respect, Karmelin was a searing portrait of sexual exploitation and other abasements domestic helps suffer in Gulf countries. Written in Konkani by Goa-based Damodar Mauzo, it won the Sahitya Akademi award in 1983. The novel was progressive for its time in the way it tackled taboos concerning sex. It has been translated into 15 Indian languages.

Mauzo, who was actively involved in the 1967 opinion poll referendum, which sought to determine the political status of Goa, has been outspoken in his views about the activities of right-wing group Sanatan Sanstha. Today, the 74-year-old writer is under police protection after the alleged killers of slain rationalist Gauri Lankesh revealed his name as a possible target.

Mauzo's pathbreaking novel, Karmelin, will be translated for English readers under a new partnership, which will see publishing house Speaking Tiger, JSW Group and Indian Novels Collective finalise Indian literary titles from the 20th century for translation, design and marketing.

Indian Novels Collective, a non-profit network of individuals, was started in 2017 to select and translate 100 contemporary novels from the annals of non-English Indian literature. These translations will be freshly commissioned and produced for a contemporary audience. The collective had published last year its shortlist of Hindi works, and are in the process of selecting titles from other language groups. The deal with Speaking Tiger and JSW furthers that commitment where Indian Novels Collective will identify 10 regional literary masterpieces for translation, and Speaking Tiger will publish, market and distribute these titles across India.

Literary agent, author, consultant and publishing commentator Kanishka Gupta drives home the importance of the collective's work. "It's a much needed initiative and reminds me of the Murty Classical Library of India.  The membership of the collective suggests it won't be too difficult to deal with issues such as permissions and good quality translations. I am also glad that the collective is not discriminating between genres and plans to translate short stories, essays and even children's literature in the future. That's almost impossible to achieve in today's profit-driven industry." The founding team of the collective includes Sangita Jindal, chairperson of JSW Foundation, Amrita Somaiya, owner of Munbai-based Kitab Khana and Ashwani Kumar, poet and professor at Tata Institute of Social Sciences.

Padma Nadir Majhi by Manik Bandopadhyay (Bengali), Ranangan by Vishram Bedekar (Marathi) and one of Qurratulain Hyder’s Urdu novel are the other three shortlisted books set for translations under the current agreement. Bandopadhyay rebelled against the romantic sensibility of Tagore and wrote a timeless story on the hapless lives of fishermen round the Padma river, while Bedekar's incendiary novel, written in 1939, was premised on a forbidden love between an Indian boy and English girl in the backdrop of World War II. It created a furore in literary circles back then.