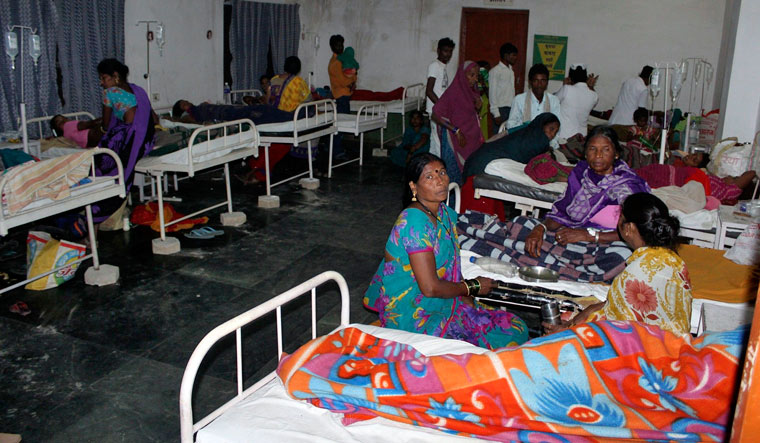 Subramanian (name changed) from Rameswaram had blurry vision. The 68-year-old thought it would pass. But as he developed difficulty in recognising even familiar faces, he decided to seek medical help.

A visit to the telemedicine-enabled primary eye care centre set up by Aravind Eye Hospital, Madurai in his small town gave Subramanian a new lease of life. An ophthalmic technician at Aravind performed a slit lamp examination on him. The data was then entered in an electronic medical record. “After consulting with the ophthalmologist from the base hospital using web conferencing, she dispensed him glasses,” says Dr. R. Kim, chief medical officer of Aravind Eye Hospital. “Today through telemedicine-enabled vision centres, we have a process to reach all those in need of eye care. We have currently 66 vision centres equipped with telemedicine facilities and about 1,800 patients are examined across these vision centres every day,'' he adds.

Telemedicine offers much hope to rural India which is grappling with poor access to healthcare. A telemedicine network, which is a public-private partnership between Government of Andhra Pradesh and Apollo Hospitals, has seen results that surpassed expectations. It facilitated 18,98,170 consultations during the course of one and a half years. 17,74, 574 physical OP consultations and 1,23,596 specialist tele-consultations took place as part of this programme.

Many of those patients who benefitted would either have had to travel to far away places seeking medical help or would have had to live in denial of their symptoms, in the absence of facilities for diagnosis and treatment by means of telecommunications technology.

The telemedicine scenario in India still presents huge untapped potential. India has around 26,000 Primary Health Centres, which are the backbone of our rural healthcare system. Not even 10 per cent of them have telemedicine facility. ''Many state governments are experimenting through various telemedicine pilots; hence, there is huge scope of inclusion of telemedicine as one of the tools in coming National Health Policies,'' says Vikram Thaploo, CEO- Telehealth, Apollo Hospitals.

India’s significant economic growth can be further augmented if the healthcare needs of its population are addressed, says Thaploo. ''The current economic loss due to disability adjusted life years (DALY) is huge. Adding to it, increase in non-communicable disease burden has brought in hard pressed need for containing the diseases and thus, paving way for augmentation of primary healthcare services at remote locations,'' he adds.