Meet the Indian devotee of the Flying Spaghetti Monster 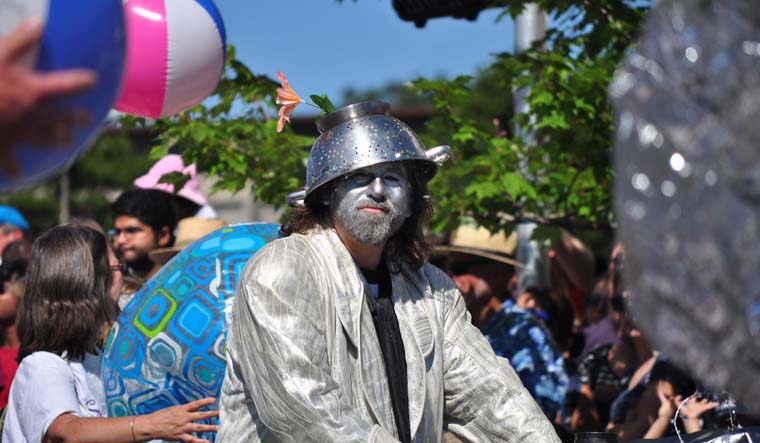 Earlier this month, a 15-year-old student from Auckland, New Zealand, wanted the Human Rights Commission to intervene in a matter of grave concern. It was about his religious right to wear a colander as headdress in his school identity photo. When the authorities barred the teenager, who is an adherent of a religion called Pastafarianism, from wearing his article of faith, he is reported to have said, "I believe in the Flying Spaghetti Monster."

Flying Spaghetti Monster (FSM) is no Italian restaurant. It is a "noodle god" or deity worshipped by the adherents of a social movement called Pastafarianism. Here, atheists unite to critique and spoof organised religion and creationist myths in their own semi-parodic church, where bread and wine is replaced with noodles and beer. Pastafarianism was born out of a satirical internet manifesto by Bobby Henderson to protest the teaching of intelligent design alongside the theory of evolution in public schools in Kansas, United States, in 2005. Soon, this blob of spaghetti, with a pair of meatballs and eyes, spread its tentacles far and wide to claim followers in New Zealand, Australia, Europe and Canada. It is now a legally recognised religion in the Netherlands and New Zealand. In Germany, they even hold "noodle mass". There are followers in India too. 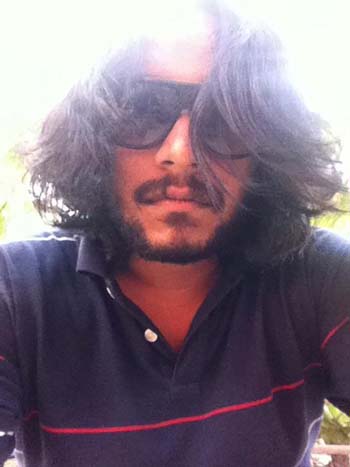 Naveen Ravindran, 31, from Mumbai, is a bonafide atheist. Four years ago, when he was completing a dissertation project on the impact of religious polarisation by right-wing groups in the digital world, the satirical writings of Henderson instantly resonated. "What I liked about it was that Henderson was taking the fight to religious zealots in a language they understood. It was absolutely ridiculous to be teaching intelligent design and the universe being created by god as scientific theory. Absurd to say the least," says Ravindran, who now co-owns an an advertising startup called Gramini Media. He gets to the crux of the matter. "Look, the basis is very simple. If a religious person asks you to prove god did not exist, then you will also have to prove that my god made of spaghetti and meatball is false," he says matter-of-factly.

Around a year ago, he formed a Facebook group called Pastafarian India to look for like-minded, Indian "theoretical practitioners" of this internet phenomenon, even though he knew there wouldn't be many in number. "I wanted to find people nearby with a certain IQ, who would help in crusading against false propaganda and lies that are so prevalent online," says Ravindran. He stays in touch via WhatsApp with a handful of Mumbai-based members of the 200-strong Facebook group. These members gather offline sporadically to discuss video trailers they hope to launch in the future. But more frequently, as avid Pastafarians, they actively participate in online discussion forums where topics range from atheist humor to ridiculing news of religious zealots. "We share lots of fun pasta videos and activist achievements—like, if you manage get a driver's license with a colander on your head," he says. Some of the hoary rituals of Pastafarians include showing up in full pirate regalia and drinking lots of beer. Fridays are sacred. As Ravindran likes to say, “RAmen”.

But mostly, he thinks the movement is gradually losing its raison d'etre. "It wasn't supposed to become a cult. But it is degenerating into one, and it will suffer the same trappings of any cult if it does so. The 'us versus them', the religious bullying, the hazing, and rituals of initiation." His words echo a recent Atlantic article on FSM, which said, "Along the way, something funny has happened to a movement founded in large part to critique organised religion: It has gotten organised, and has taken on both the trappings and some of the social functions of a real religion."

Is there any way this niche ideology can be tailored for an Indian audience? "Maybe if there is biriyani," laughs Ravindran.