Why does "Hinglish" matter in the UK? Hint: Brexit 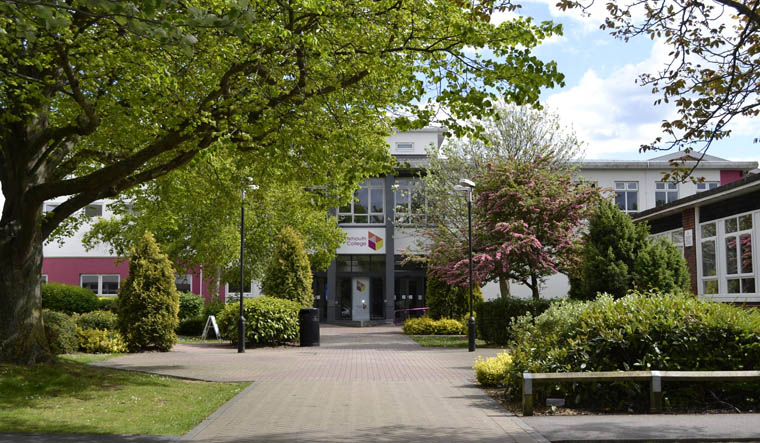 Ravi: She toh always tops the class. Riya can mug up answers like that!

Rekha: Leave it yaar! Who cares? Riya is like that only.

Try to picture this idle "Hinglish" bickering, and an Indian school or college will be the first to come to mind. But it may no longer be too far-fetched to imagine it unravelling in a university campus in the UK, the land of Queen's English.  While Hinglish is not yet recognised as an official language in India, or even considered as a course of instruction in Indian universities, Portsmouth College in Hampshire, United Kingdom, has taken the lead by according it the seriousness of a "business language"—perhaps indicative of the growing clout of India Inc in the country. The looming repercussions of Brexit on job opportunities in the corporate sector is also considered a reason behind the move. The college plans to regularise the teaching of Hinglish in their 2018-19 academic year, as part of their Modern Business Language and Culture Programme, after a successful pilot project was launched with a select number of students in November 2017.

India is the birthplace of this non-native variety of spoken English, colloquially termed Hinglish. A hybrid mix of Hindi and English, it is liberally used across schools, offices, north Indian popular culture, and private conversations. It has come to represent a neither-here-nor-there kind of linguistic conundrum, even as its speakers consider themselves fluent in both Hindi and English. Common examples of this remixed version include: 'tension mat le na' ( Don’t get stressed about this) or 'she was bhunno-ing the masala' (she was frying the spices). Purists scoff at this courtship as corruption, while researchers believe it is natural process of "alchemisation" in a multicultural society. Deputy principal of the Portsmouth College, Simon Barrable, talks about why Hinglish matters. Excerpts from an email interview:

What prompted the inclusion of Hinglish as a language course in your academic curriculum?

We decided to introduce a Modern Business Languages and Culture course, made up of Mandarin in term 1 and Hinglish in term 2. This was in recognition of the ever-growing importance of the China and India in the world economy. Giving our students some basic language skills and a cultural understanding of these countries may well improve their employment prospects in a future, post-Brexit world, as well as broaden their horizons.

Who are typically interested in taking this course? Is it mostly non-resident Indians? Or does it also include foreigners with no Indian origins?

We have a real mixture of students taking the course. Some do have Indian origins, but the majority do not. They have taken it for the reasons I mentioned before.

What is the extent of Hinglish usage in the UK? Was it introduced keeping in mind placements in Indian companies? Is that the primary motivation?

I'm no expert, but I believe the extent of Hinglish usage in the UK is limited. We are primarily introducing it to students, along with a better understanding of Indian culture, to improve their CVs and broaden their outlook on the world.

Are you aware of other colleges mulling over introducing this language course?

I'm not aware of any other UK colleges running or considering running the course. I think we are unique in this at this moment.

How have you ascertained that knowing this version of English will help employment prospects? Is there any survey or study done to show that Hinglish is gaining currency as a means of communication?

We haven't completed a survey ourselves, but we are aware that it has been spoken since the 17th century and that the rapid economic development in India has spread its use. It is now apparently the most widely spoken business language on the sub-continent and British diplomats have to have a working knowledge of it.

Can you give us some more details of the course: the duration of the course and what are some of its components? Do you also offer help with placements in Indian companies?

The course runs for 10 weeks and covers basic words and phrases, how to present yourself and behave in Indian business contexts, and some coverage of wider cultural aspects of life in India, including food and popular traditions. We don't as yet offer placements with Indian companies, but we do give students extensive help with work experience and placements with UK companies, some of which will do business with India.