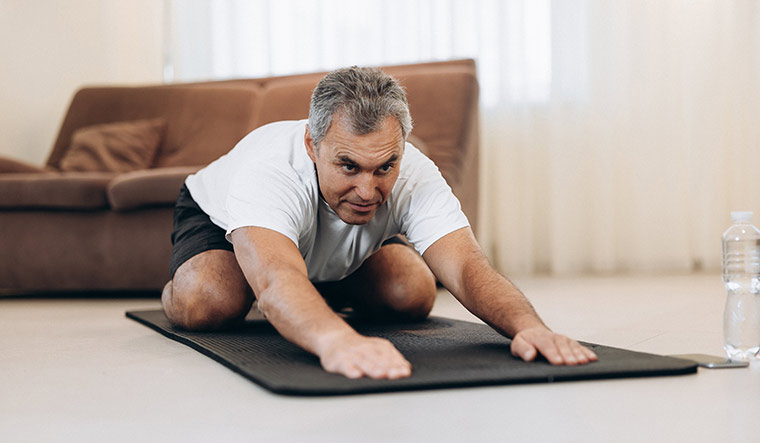 IT IS ALREADY known that people with type 2 diabetes should exercise regularly. Now a US study published in the journal Diabetes Care suggests that timing of the exercise is also important for better fitness levels and cardiovascular health.

According to the study morning workouts can increase the risk of a heart attack in men with type 2 diabetes.

The study was based on 2,035 obese or overweight people with type 2 diabetes.

The participants wore accelerometer devices on their waists that measured the time and type of their physical activity, for a week. Men who performed moderate-to-vigorous exercise in the morning had the highest risks of developing coronary heart disease irrespective of the amount and intensity of weekly physical activity and cardiorespiratory fitness.

Men who were most active midday had lower cardiorespiratory fitness levels.

However, there was no association between specific activity timing and coronary heart disease risk or cardiorespiratory fitness in women.

According to a survey of 2,004 Americans, men cry on average about four times a month compared to three times a month for women. That is 48 times a year for men and only 36 for women.

THE HUMAN PAPILLOMAVIRUS (HPV) vaccine reduces cervical cancer by 87 per cent, confirms a British study published in the journal The Lancet.

Cervical cancer is the fourth most common cancer in women in the world, accounting for more than 3,00,000 deaths each year.

The findings are based on an analysis of all cervical cancers diagnosed in England in women aged 20-64 between January 2006 and June 2019. The HPV vaccination programme started in England in 2008.

Overall, the vaccination programme prevented about 450 cervical cancers and 17,200 pre-cancers during the nearly 13-year study period. 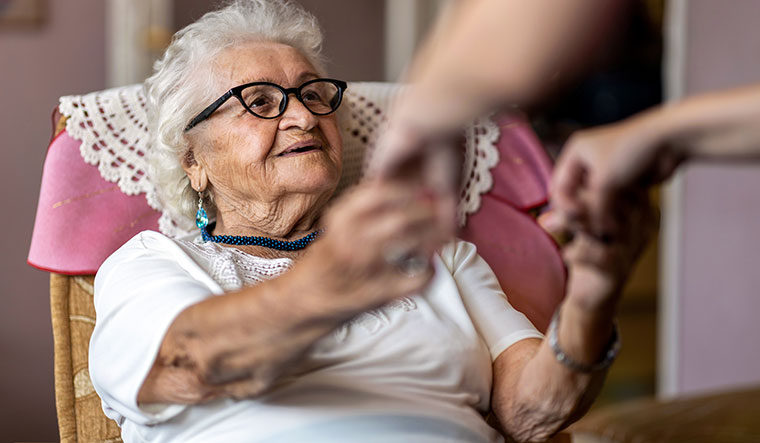 PEOPLE WHO ARE diagnosed with high blood pressure at an early age have smaller brain sizes and are more likely to develop dementia, according to new research published in the journal Hypertension.

However, no relationship was found between the age at hypertension diagnosis and the risk of Alzheimer’s disease.

Regularly engaging in nature-based activities can improve mood and positive emotions and decrease anxiety, even in people with pre-existing mental health problems.

WOMEN WHO RECEIVE radiation for breast cancer in their left breast have more than twice the risk of developing coronary artery disease compared to those who had radiation in their right breast.

The findings of the study published in the Journal of the American College of Cardiology: CardioOncology included 972 women, aged 55 years or younger, who received radiation for stage 1 or stage 2 breast cancer. All the women were free of cardiovascular diseases at the start of the study.

The incidence of heart disease among women given right-sided radiation was similar to those seen in women in general. When providing follow up care for breast cancer survivors, doctors should consider the laterality or side of their cancer. 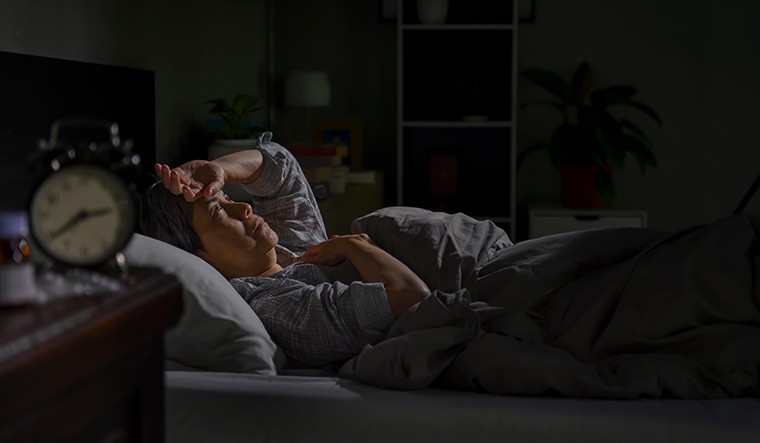 FINDING YOUR SLEEP ‘sweet spot’ is crucial to stay mentally sharp and to keep cognitive performance stable as you age.

According to a US study published in the journal Brain, both short and long sleepers experience greater cognitive decline. Getting the right amount of sleep can reduce the risk of mental decline, even if you have early Alzheimer's disease.

Both poor sleep and Alzheimer's disease are associated with cognitive decline and poor sleep can hasten the progression of Alzheimer’s disease.

This study included 100 older adults whose average age was 75. The participants underwent a sleep study and were tested for early signs of Alzheimer’s disease.

Overall, cognitive scores declined for those with less than 5.5 or more than 7.5 hours of self-reported sleep per night, even for those with early signs of Alzheimer’s disease.

But cognitive function stayed stable for those within a middle range of sleep time.

Increasing intake of food rich in calcium and protein like milk, cheese and yoghurt can reduce the risk of fractures of any kind by 33 per cent, hip fractures by 46 per cent and fall by 11 per cent in older adults. 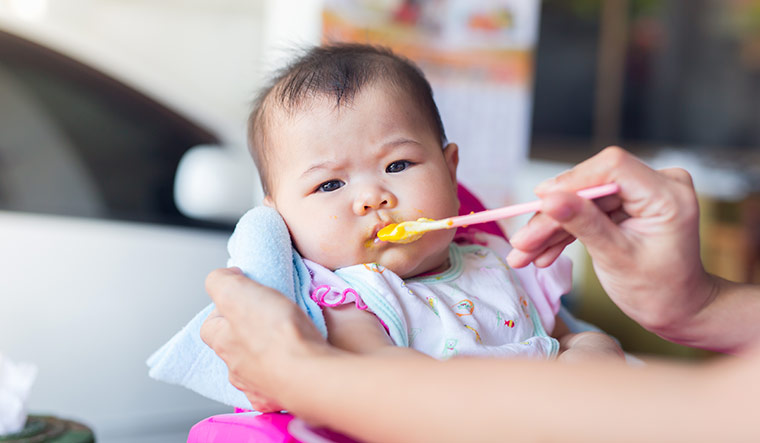 CHILDREN WHO ARE fed eggs before 12 months are less likely to develop egg allergies in the future.

The findings of the study presented at a meeting of the American College of Allergy, Asthma and Immunology (ACAAI) was based on an analysis of data from 2,237 parents who were surveyed about their children's eating habits and food allergies from birth to 6 years of age.

Children who had not eaten eggs by 12 months and those who were fed fewer eggs at 5, 6, 7 and 10 months of age were much more likely to develop food allergies by age six, compared to those without food allergies.

Egg allergy is the second most common food allergy in the world. Early introduction of eggs during infancy, followed by consistent and frequent feedings, is protective against the development of egg allergy, the study author said.

NEW DIETARY GUIDELINES issued by the American Heart Association focuses on overall dietary patterns, rather than specific foods or nutrients. It encourages people to start healthy eating at an early age and to maintain a healthy diet throughout life.

Poor diet is strongly associated with an increased risk of cardiovascular disease and death.

The 10 dietary steps for a healthy heart include

(2) Eat plenty and a variety of fruits and vegetables

(4) Choose healthy sources of protein (mostly from plants like legumes and nuts); fish and seafood; low-fat or fat-free dairy products; and lean cuts of meat and avoid processed meat

(5) Choose healthy oils such as olive oil and sunflower oil, and avoid tropical oils such as palm oil and partially hydrogenated fats

(7) Limit the intake of beverages and foods with added sugars

(8) Choose and prepare foods with little or no salt

(9) Limit alcohol intake and if you do not drink alcohol, do not start

(10) Follow this guidance regardless of where food is prepared or consumed.

Best time for rehabilitation after a stroke 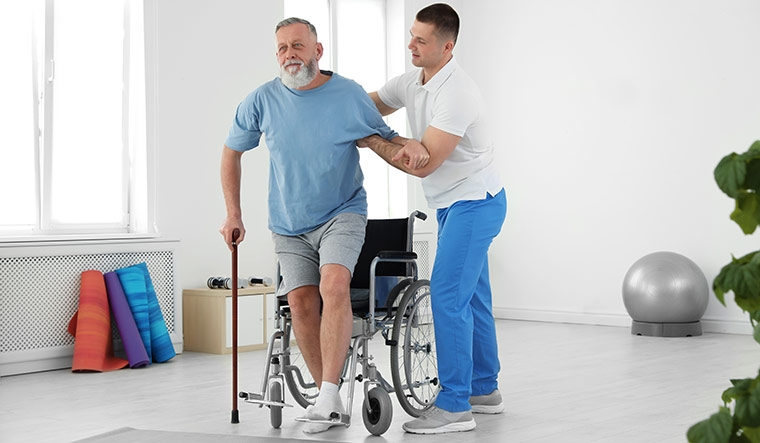 A NEW US STUDY published in the journal PNAS suggests that there is a critical period for rehabilitation after a stroke when recovery is the fastest.

Almost two-thirds of people who suffer a stroke do not regain complete mobility of their hands and arms which can severely limit their daily activities.

Studies in rodents have shown that there is a specific period after a stroke when networks of nerves adapt and reorganise, and the brain can learn and rewire very rapidly. Intensive motor training provided during this window can lead to nearly full recovery.

Men with higher levels of the hormone testosterone are more likely to cheat and have more than one sexual partner at the same time.

The Journal of Sex Research 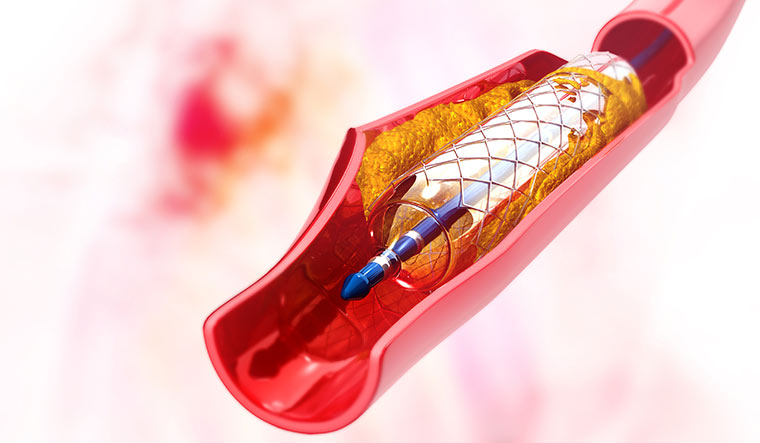 BYPASS SURGERY IS slightly better than stenting to open blocked arteries for patients with severe coronary artery disease, finds a US study published in the New England Journal of Medicine.

But patients without complex disease fared better with stents. The findings will help guide doctors decide which treatment is best for individual patients.

The study included 1,500 patients in 24 countries, average age 65, who had three blocked coronary vessels. They were randomly assigned to either receive stents (757 patients) or undergo surgery (743 patients).

After one year, the incidence of major complications such as death, heart attack, stroke and the need for a repeat procedure was 10.6 per cent in the stent group and 6.9 per cent in the bypass group.

But when the need for a repeat procedure was excluded from the analysis, the rates fell to 7.3 per cent and 5.2 per cent, respectively.

The risk of major bleeding, arrhythmia, acute kidney injury and rehospitalisation within 30 days was higher in the bypass surgery group.

The study also found that patients with less complex coronary artery disease did better with stents because they required fewer stents compared to those with complex diseases.