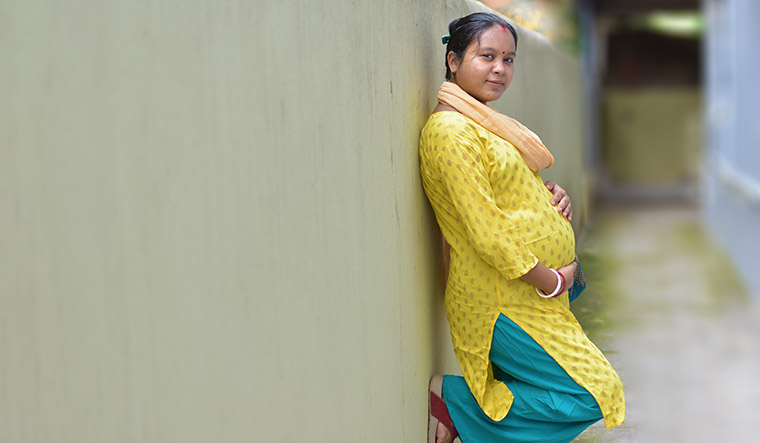 Ruchi Gupta, a 36-year-old from Delhi, delivered twins on December 13. She had undergone IVF treatment and had pregnancy-induced hypertension from week 20 onwards. “Because of potential complications, the babies had to be delivered pre-term. The mom and the little ones are doing well,” says Dr Archana Dhawan Bajaj, a gynaecologist, obstetrician and IVF expert at Nurture IVF, Delhi.

Gupta was lucky. As the preeclampsia was caught early, she could seek timely help. Preeclampsia is a pregnancy complication associated with high blood pressure, protein in the urine and swelling of the hands, feet and face. It occurs due to endothelial dysfunction (a type of non-obstructive coronary artery disease). Women with this condition have compromised blood vessels that cannot support pregnancy. “It happens after 20 weeks of pregnancy and can present up to six weeks post-delivery as well in women whose blood pressure was normal previously,” says Dr Prathima Reddy, director and lead consultant, obstetrics and gynaecology, Sparsh Hospital for Women and Children, Bengaluru.

In pregnant women, the blood vessels get enlarged to support pregnancy. When there is a problem due to some oxidative stress (caused by an imbalance between antioxidants and free radicals—oxygen-containing molecules with an uneven number of electrons) early during pregnancy, the blood vessels do not become large enough to allow enough blood supply. This can result in the blood flow not happening in the way it should. Injury to blood vessels is common during pregnancy. Usually, when there is an injury, clotting factors are used up to form blood clots. But when there is preeclampsia, oxidative stress is exaggerated, and after a point, the blood fails to clot and there can be bleeding.

“If untreated, preeclampsia can cause serious harm to the mother and baby,” says Reddy. "It could also affect the mother’s kidneys and liver, and can also cause complications post-delivery, especially in the first six weeks."

Worldwide, preeclampsia complicates about 5 per cent of pregnancies. In India, this is close to 20 per cent. Preeclampsia is one of the most common causes of maternal mortality in India. In rural India, maternal deaths due to preeclampsia often go undiagnosed or unreported. A 2019 survey conducted by a team of researchers led by economic activist Jean Dreze showed that 63 per cent of women in rural India work till the day of delivery.

Preeclampsia can be a silent killer, and so pregnant women need to have their blood pressure checked regularly. “Blood pressure that exceeds 140/90 mmHg on two occasions at least four hours apart is abnormal,” says Reddy. “Other signs could be protein in the urine and sudden, excessive weight gain. Headache, vomiting and pain in the upper abdomen are signs of what is known as impending eclampsia or a more severe form of preeclampsia.”

Low-dose aspirin has been found to reduce the risk of developing preeclampsia by 15 per cent. “This is started at about 12 weeks of pregnancy,” she adds. “Medication to reduce blood pressure can be given to prolong the pregnancy to gain foetal maturity, as long as the mother’s health is not compromised. The only treatment or cure for preeclampsia is delivery,” she adds.

A novel study conducted by a team of researchers led by Dr Revathi S. Rajan, chief consultant, maternal foetal medicine and managing director, Mirror Health, Bengaluru, offers hope. The study emphasises the use of angiogenic biomarkers (biomarkers in the blood vessels) to predict adverse maternal and prenatal outcomes. The study team screened 50 high-risk pregnant women in their third trimester in Bengaluru. “Angiogenesis means blood vessel growth,” says Rajan. “The whole idea was to find a tool to identify women who can suffer complications, particularly preeclampsia. We wanted to find a single marker that can alert the clinician if a lady is likely to develop complications soon. Using a simple blood test that can be done in an OPD setting, we were able to identify who is safe and who is unsafe, much before the actual symptoms of preeclampsia arose, and transfer them to a tertiary hospital. When things got unstable, we decided to deliver the patient with full clinical help. The outcomes in such cases were much better as we were armed with all the resources, including blood products and NICU (neonatal intensive care unit) facilities.”

The study, she hopes, will help the health care system make better use of available resources. The test would allow hospitals to channel their resources towards at-risk mothers. “Our study found that any pregnant mother who is hypertensive and has a [angiogenic biomarker] value of less than 38 beyond 24 weeks of pregnancy till 37 weeks of gestation is safe and will not develop preeclampsia, whereas anyone with a value greater than 85 is likely to develop serious disease 60 per cent of the times within a week of prediction,” says Rajan. “A woman with normal biomarkers should be allowed to continue her pregnancy without unnecessary interventions.”

The amount spent on managing women with preeclampsia in a critical care unit is huge, she says. “NICU is something not many people can afford easily.” Rajan claims the cost of doing the test is much lesser than spending on unnecessary admissions or early delivery at NICU setups.

The test has a high degree of sensitivity and specificity, says Rajan. “It reflects the level of blood vessel integrity. Also, you can even get a nurse to do this blood test.”