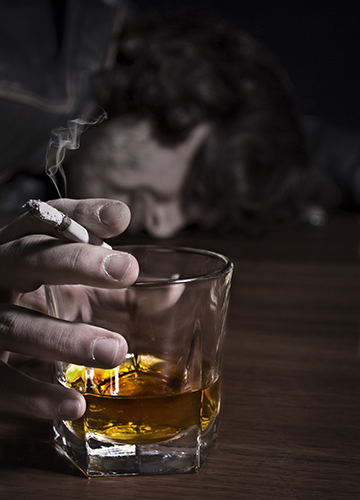 Arjun Sharma was a dynamic and talented bank executive who had come up in life the hard way. He had a warm personality and gelled well with colleagues. Arjun had only one vice: consumption of alcohol since age 19. Beena, Arjun’s wife, had grown tired of this habit from the first day of their marriage. She had to put up with it for 15 long years.

Beena tried to convince Arjun, but he just couldn’t stop drinking. Fed up, she mulled divorce. That is when Arjun agreed to see a psychiatrist.

What is alcohol use disorder?

Alcohol use disorder, or AUD, is also called alcohol dependence syndrome or ADS. Laymen use terms such as ‘alcoholic’, ‘addict’, etc., to describe a person who is dependent on alcohol.

Alcohol dependence is a brain disorder and not a moral weakness. It needs to be evaluated and treated in the same manner as one treats medical conditions like diabetes and hypertension. The stigma attached to alcohol dependence is in part due to the relapsing nature of the disorder. Alcohol use becomes a clinical entity when (a) usage becomes compulsive (b) there is loss of control over one’s drinking (c) there are physical signs of withdrawal following cessation or abstinence (d) increasing amount of alcohol needs to be consumed to obtain the same ‘’high’’ (e) there is progressive neglect of alternative sources of pleasure or interests as a consequence of alcohol usage (f) alcohol usage continues despite clear evidence of harmful consequences.

Consumption of alcoholic beverages in India: 2016-2020

Another important contributing factor that leads to alcohol usage is boredom, particularly among the youth. When people can’t keep themselves meaningfully engaged in any activity, the ensuing boredom and idleness may trigger the need to consume alcohol, to rid oneself of boredom.

What is a standard drink?

A standard drink is used to measure the alcohol intake. It always contains the same amount of alcohol regardless of the container size or type of alcoholic beverage. This varies from country to country. In India, a standard drink corresponds to 10ml of absolute alcohol.

What are binge and heavy drinking?

Binge drinking is a pattern of drinking that brings blood alcohol concentration (BAC) to 0.08 or higher levels. Typically, this occurs after 4 drinks for women and 5 drinks for men—in about two hours. Heavy alcohol use is defined as more than four drinks on any given day for men or more than three drinks for women.

Why is the risk increased in women?

Many studies have shown that women tend to have alcohol-related problems sooner and at lower-drinking levels than men. This is called “telescoping’’ to signify that their alcohol-related problems quickly escalate. This is caused by a multitude of factors. Women tend to weigh less than men. Alcohol resides predominantly in body water, and women have less water in their bodies than men. After a woman and a man of the same weight drink the same amount of alcohol, the woman’s blood alcohol concentration will tend to be higher, making her prone to a plethora of alcohol-related harm.

What are the consequences of alcohol usage?

When alcohol is ingested while a woman is pregnant, it may lead to congenital birth defects in babies. When babies get exposed to alcohol in the intra-uterine environment (womb), they may be at increased risk of brain damage, resulting in lifelong physical, cognitive and behavioural health problems. Categorically, women who are pregnant should not drink alcohol, as a safe limit for consumption in pregnancy has not been established. 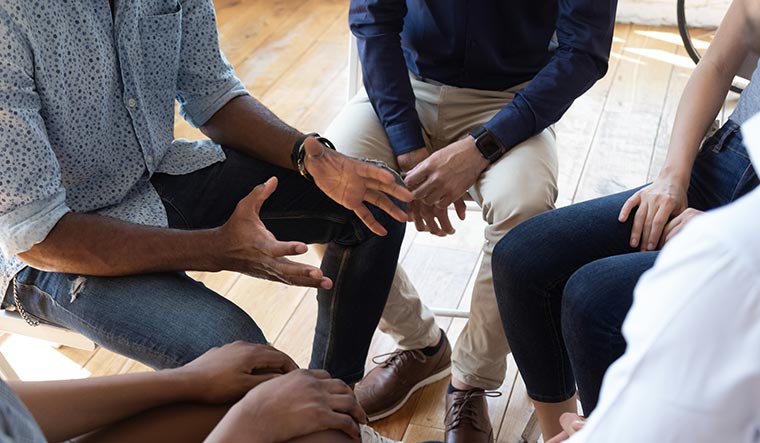 People who drink alcohol on a regular basis should keep track of how much they drink. Notes can be entered in a pocketbook or in the mobile phone. This may help in slowing down on the amount of alcohol consumed. Before drinking, it makes sense to measure the drink. Never mix drinks as it becomes difficult to gauge the amount consumed. It is also important to set limits and goals on the amount of alcohol to be consumed. And once these limits are set, one should proactively try to stick to these goals. Specified days in a week should clearly be marked as non-drinking days.

What are the benefits of having a social-support group?

Rebuilding a life without alcohol can be challenging. It is vital to seek assistance from external support systems, such as a social-support group. Joining mutual support groups such as Alcoholics Anonymous (AA) will help people maintain abstinence. Support groups educate the person’s family and friends about the harms associated with alcohol usage.

What role do professionals play?

The importance of consulting mental health professionals like psychiatrists cannot be over-emphasised. Since it is a brain disorder involving specific brain circuitry, treatment options have to be individualised to have the best possible outcome.

The US Food and Drug Administration (FDA) has approved three medications for treating alcohol dependence syndrome. These are naltrexone, acamprosate and disulfiram. Naltrexone and acamprosate exert their mechanisms by negating the brain changes caused by alcohol usage. Disulfiram works by causing unpleasant reactions when a person taking this medication drinks alcohol. Baclofen, otherwise used in certain neurological conditions, has found off-label usage in alcohol dependence syndrome. In the Indian scenario, baclofen and disulfiram are the most widely used drugs to treat alcohol dependence. It is beyond the scope of this article to delve into the nuances and specifics of each of these drugs. Contrary to popular belief, none of these medications is addictive. Efficacy of treatment increases manifold when drug therapy is combined with counselling and psychotherapy.

What are the various behavioural interventions available?

Behavioural interventions constitute counselling and “talk therapy’’. These may include cognitive, behavioural, motivational, family and marital paradigms. Motivation Enhancement Therapy (MET) is an interventional approach designed specifically to evoke behavioural change in the client so that alcohol usage is either reduced or completely stopped. Client’s motivation to quit alcohol usage is enhanced through these counselling sessions.

Network therapy relies on adopting a multimodal approach. It enlists friends and family members to provide ongoing support to promote an attitudinal change in the client’s behaviour.

Psychiatrists are trained in conducting various behavioural interventions along with drug therapy. It is useful to remember that alcohol dependence is a medical condition which needs scientific treatment backed by empathy and care. It is criminal to label it as a symptom of the weak mind.