Stop the next surge

Here is all you need to know about influenza 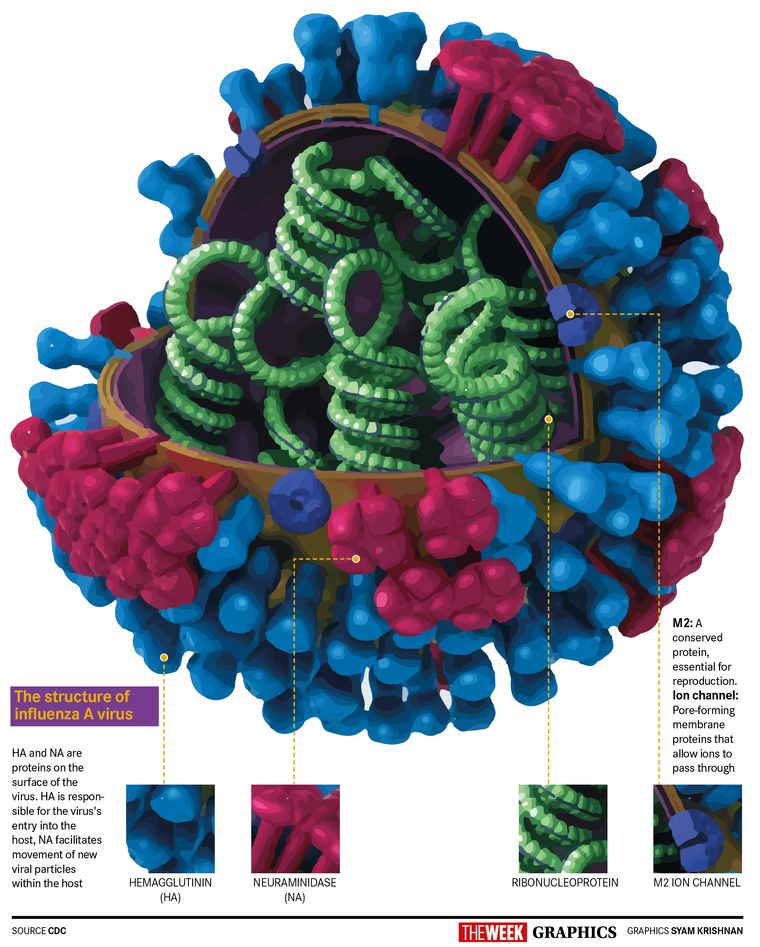 Covid-19 reminded us of the threat of respiratory viruses. It is not the first pandemic to be caused by a respiratory virus and it is not likely to be the last. Influenza viruses are thought to have the potential to cause pandemics in the future.

According to the World Health Organization, 2.9 lakh to 6.5 lakh deaths occur during every flu season. As such, strategies preventing and treating influenza virus infections have become a major area of research.

There are four influenza viruses—A, B, C and D. Only A, B and C infect humans. C infections in humans are infrequent and mild. A and B infections can be severe, making them a public health problem.

Influenza viruses have a single-stranded segmented RNA genome. Influenza A and B have eight genes, each encoding for a different protein essential for the virus’s ability to infect and reproduce in humans. Out of these eight proteins, hemagglutinin (HA) and neuraminidase (NA) are on the surface of the virus.

HA is responsible for entry of the virus into our respiratory system. After replication, the new viral particles are released from the infected cell with the help of NA. Our immune system clears the infection by making antibodies. However, these antibodies are specific to the HA or NA and will either provide only partial protection or no protection against an influenza virus with different HA or NA.

Influenza A viruses cause both pandemics and seasonal influenza virus epidemics. Influenza A viruses are categorised into subtypes based on what HA and NA they have. There are 18 distinct HAs and 11 NAs found in nature, and, theoretically, viruses with any combinations of these are possible. For example, Influenza A H1N1 has type 1 HA and type 1 NA.

Only two influenza A subtypes—H1N1 and H3N2—cause seasonal influenza. The other subtypes are found in birds, poultry, swine and other mammals, and these subtypes occasionally infect humans causing severe disease. Subtypes are further divided into strains, which means there are many strains of H1N1 influenza A virus, each different from the other. This is based on differences in their HA. It is significant to note that all influenza virus pandemics till date have been caused by the influenza A subtype H1N1.

Similarly, influenza B viruses are divided into two lineages—B/Yamagata-like and B/Victoria-like. The classification is based on the difference in their HA. These lineages are further divided into strains. Viruses from both lineages cause seasonal influenza epidemics. Influenza B viruses are only found in humans and seals and have not been known to cause pandemics, yet.

Symptoms of seasonal influenza usually start one to four days after exposure. The symptoms are similar to Covid-19 and the common cold. However, most people with the flu show symptoms within two days, as compared to around five days for Covid-19. The symptoms last about five to seven days and usually self-resolve. However, in some cases, there can be complications such as inflammation of the heart, brain and muscles, multiple organ failure, and pneumonia, which could all lead to death. Children below the age of five (especially those below two) and those above 65, people with a weak immune system or chronic diseases like asthma, diabetes and heart disease, and pregnant women are more likely to be at risk for severe complications. It is estimated that a person infected with seasonal influenza infects at least one other person. The transmission is mainly through droplets, aerosols and fomites. Aerosols are smaller than droplets and can stay in the air close to half an hour.

The effectiveness of the seasonal influenza vaccines to prevent disease is between 40 per cent and 60 per cent, depending on the virus strains circulating that season. The vaccine needs to be updated every year because of continuous mutations in the virus RNA. These mutations accumulate over time and modify the HA and NA of the virus. This is called antigenic drift. Influenza A viruses mutate at a faster rate than the influenza B viruses, but antigenic drift occurs in both. The vaccine, if not updated to include the mutated virus, will not work as well or not at all that season.

The WHO Global Influenza Surveillance and Response System selects the strains that will be included in influenza vaccine for the north and south hemisphere each year. The selection of strains is based on surveillance data of influenza virus infections in over 106 countries for about four to six months before the influenza virus season.

Antigenic shift occurs when two or more influenza viruses infect a host at the same time, leading to recombination of their genes into an influenza virus with a novel HA and/or NA. This is known to have happened only in influenza A viruses.

The current flu vaccine needs to be replaced by a more protective vaccine with long-term immunity. Research into a universal influenza vaccine has been ongoing. The goal is to find a region of the virus that elicits a protective immune response against multiple influenza A strains.

A universal flu vaccine is a step in the right direction. Current flu vaccines, with their varying effectiveness and limited protection, need to be improved. Covid-19 taught us the importance of pandemic preparedness and the value of vaccines. It is prudent to plan for an influenza virus pandemic and continue research into vaccines that can protect against influenza strains with pandemic-causing potential. 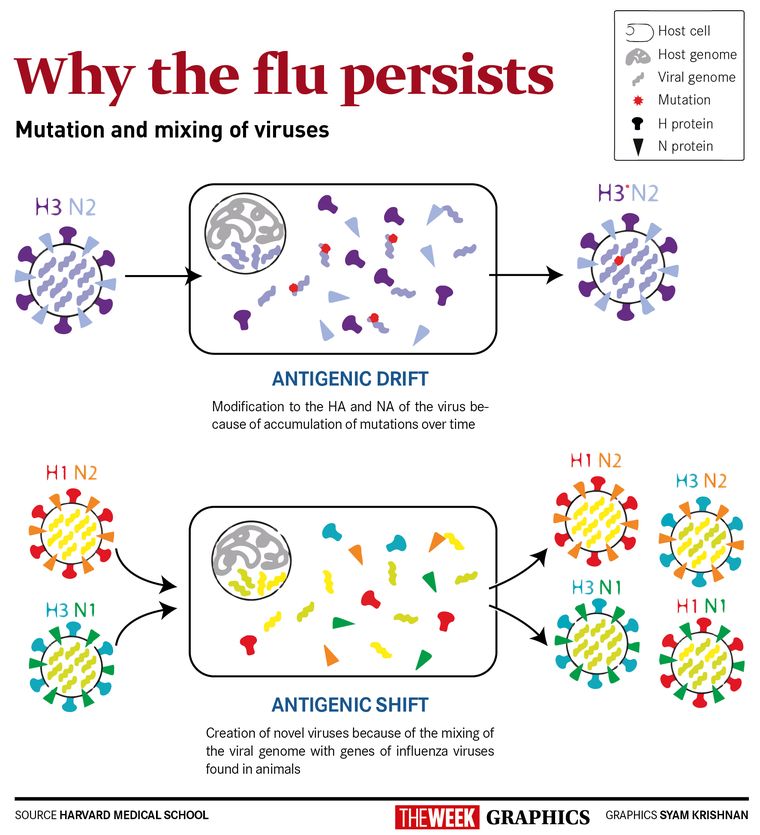