The Tripathis' study will have huge impact on cancer research 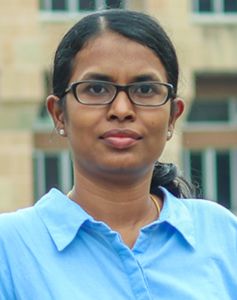 The study by Dr Vinay Kumar Tripathi and others is exciting with interesting results. This blood test has potential for early cancer detection and to determine the response to therapy. The authors have highlighted the details of 10 cases in their article; it would have been better if more such cases were provided. Though the study included a large cohort of patients, a much larger sample size will validate the claim of [almost] 100 per cent sensitivity and specificity. It would be interesting to see if the result is applicable for the detection and prognosis of childhood cancers.

Similar studies by other groups will validate the utility of this procedure, and based on the current report, this method may emerge as one of the easiest and robust ways to predict cancer prognosis.

The study will have a huge impact on the field of cancer diagnostics. Given the ease of detection that requires a routine blood withdrawal, a centrifugation step, real-time PCR and the efficiency and specificity reported in the study, this test can be implemented with minimal technical expertise.

Early cancer detection and diagnosis are very effective in fighting cancer, as the disease is best treated in its earliest stages. However, until now, not many techniques are available to detect cancer before the onset of symptoms. That is why this technique stands out. Moreover, unlike most methods of cancer detection, this technique is almost non-invasive.

One other major advantage of this method is that it detects all cancers—from solid tumours to blood cancers—at all stages. This is a significant breakthrough. Moreover, with a continuous rise in cancer occurrence in India and all over the world, a technique like this is the need of the hour as tissue biopsies and sample collection from different organs are practically impossible before the onset of symptoms. Therefore, this technique can be utilised for large-scale cancer screening in populations with high cancer occurrences.

Considering the disruptive innovation this technique brings to the field of cancer detection, a standardised protocol needs to be developed to isolate VSEL cells, which has been a subject of scientific debate. Several research groups have been unable to find these cells, and a few selected groups could detect and isolate them successfully. A standardised protocol will put this debate to rest and will validate the entire study at a broad scientific level.

What is intriguing is that if VSELs are quiescent, how do they represent the mutation profile of cancer? Can these cells be detected in the tumour mass by any of the markers they express? Is it also possible that cancer patients have more VSELs than healthy individuals? How does increased Oct4A expression correlate with the mutation profile of these cells or does cancer-associated inflammation increase Oct4A levels in all stem cells? One must be careful in detecting Oct4A because it has several pseudogenes, isoforms, and transcript variants.

As told to Pooja Biraia Jaiswal