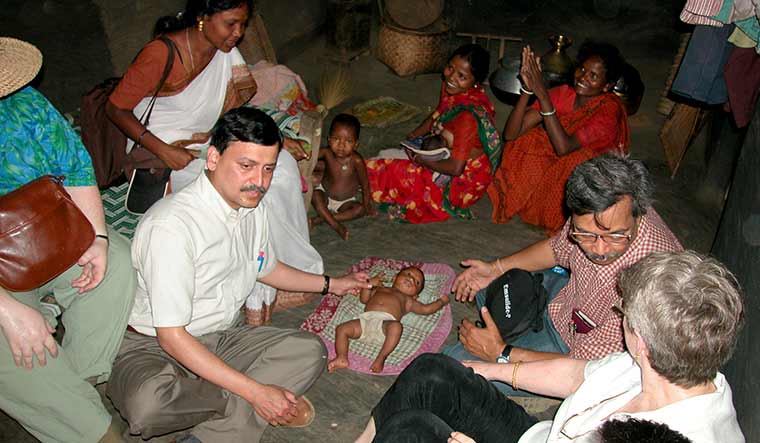 How did you hit upon the idea of using the synbiotic solution to prevent sepsis in neonates?

I have been working on neonatal sepsis and necrotising enterocolitis for more than two decades in the US. One thing we saw very early on was that diversity and Gram-positive bacteria (like probiotics) could be protective. One research led to another, including our large-scale surveillance of infection in India, and we gathered enough scientific evidence that friendly bacteria may be used in prevention of sepsis. Since some of our previous studies in India had shown very poor colonisation of probiotic strains in neonates, we added the prebiotics (in combination called synbiotics) to help promote the growth of the administered probiotics; and it worked.

What was the most remarkable result of your study? Was it the reduction in the rate of lower respiratory tract infection? How would this synbiotic benefit them in adulthood?

Reduction in respiratory tract infections was definitely unexpected. But, the overall reduction of all infection-related morbidity was remarkable. The synbiotic that helped babies in their first two months of their life may not continue to help them in adulthood (unless there is some epigenetic changes). But, scientists have already started working on discerning the mechanism of such impacts. I am confident new research in children, adults and the elderly will identify new probiotic strains of value in respiratory and other diseases.

What was the biggest challenge in this study?

To do a US National Institutes of Health/Food and Drug Administration quality study in India, and that too in the community setting where most babies die. That is why it took us 10 years and close to $7 million of competitive NIH funding to come to the finish line. A lot of energy and time were spent to conduct surveillance of infection (to find out the type and timing of infection), preliminary hospital-based studies, and to prepare the field sites, labs and hospitals and train more than a dozen clinicians and researchers from India.

In your work, you say that synbiotics could be used as a cheap and highly effective solution in developing countries to prevent sepsis. How has this idea been received by said countries, particularly by India?

Yes, the cost of probiotics is minuscule compared to antibiotics. Several country leaderships are talking to me on this. I have been invited to speak on this in some developing countries where the need is acute. In 2018, I gave a plenary talk on this at the 36th annual meeting of European Society for Paediatric Infectious Diseases as a '21st Century Milestone in Infectious Diseases'. I have also spoken at the US NIH/FDA and other meetings in the west. From a public health perspective, such preventative therapies could revolutionise how infant infections are handled in developing countries, because that is where 95 per cent of the deaths due to such infections take place.

(Although some use probiotics in a solution form in the west, mostly it is used as powder. Otherwise, it is very difficult to keep the bacteria alive. We also used powder reconstituted in a couple of millilitres of dextrose-saline solution when fed.)

Gut flora of Indians is under-explored. How do you see this changing? Are you planning to collaborate with any research group in India? 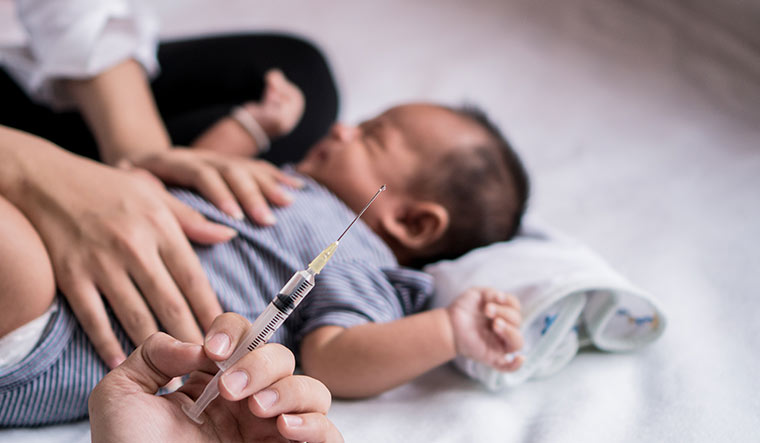 In general, a lot needs to be done in the field of medical research in India, not just gut microbiome. But India, by default, can provide a wealth of information on the gut microbiome. India as one sub-continent has 36 good-sized countries. Each one is different in its food habit and exposures, from socio-behavioural and environmental aspects as well. So, one could consider India to be a global platform to identify different types of microbiota, how they develop and what they do. I collaborate with AIPH University in Odisha, AIIMS, Delhi, Indira Gandhi Medical College and Research Institute in Puducherry and have been talking to the senior leadership and scientists at IMTECH Chandigarh and several others.

What are your current projects?

I am busy trying to examine the same preparation in other countries, especially in the sub-saharan African settings where the burden of neonatal sepsis and death is also very high. These efforts are all dependent on funding, especially from overseas.

I understand you had to stop the study mid-way because the results of the study showed such efficacy that it was “unethical” to deny it to the control group. Could you share the experience from that time?

When we follow internationally accepted principles of clinical research and trials, it is unethical to continue a trial when you know it is already working because half of your participants get only placebo, no therapeutic intervention. But, once completed and published, it is up to the policy makers to decide if they want to adopt the new frontiers or not. As a scientist, I have done my job. The ethical burden now lies on the policy makers who either use or not use the probiotics to help their babies. Also, to some extent on you, the media that helps disseminate the information, because not every citizen reads medical literature.

What does latest research say about probiotics and their efficacy? The market is flooded with over-the-counter probiotics that promise to not just restore gut health, but also treat respiratory allergies.

When I started working seriously on probiotics more than 15 years ago, some called it 'snake oil'—it works in every disease, and probably in no disease. So, how can an informed physician make a decision? They were right. Evidence in its favour was scanty. Now, there has been an explosion of trials and information. But, again compared to how much work has been done in the field of antibiotics or other drugs, it is still at a rudimentary stage. Scientists are just starting to realise that one size fits all will not work and they have to identify specific species and strains for specific ailment in specific populations. Many probiotics available over the counter may have no or minimal effect (if the strains are not chosen based on scientific evidence) and many strains are not even alive in the preparation, because they are not made stable after manufacture and die in the hot climate.

Ayurveda works on the principle that gut is crucial to good health. Do you feel it is time to revive our ancient heritage, and in what way?

When our paper on the effect of synbiotics was published in Nature, many major newspapers around the world covered the story. Shailaja Chandra (former secretary of health and family welfare), in response to a tweet by Dr Ravi Mehrotra, then director of National Institute of Cancer Prevention and Research, commented that such type of work should be done in India. I am hopeful that the ministry of AYUSH and the Indian government will be serious about such research. The type of information and clues we have in ayurveda are priceless. It is only very recently that allopathic medicine is recognising the fact that not all human beings are the same and will not respond to a medicine in a similar manner. This is called personalised medicine and is very much practised in cancer therapy now. Ayurveda does not look for a single cause or a pathogen, rather focuses on the host, the person and looks at his/her ailment in a holistic manner and tries to fix the root cause. That is where our ancestors had seen that by changing the gut flora in specific manners many diseases could be treated or prevented. We can go back to the same principles, examine one disease at a time and one intervention of ayurveda with complete understanding of why that was recommended. With all the new molecular and omics tools, many changes in the body can be examined quickly, which was not possible earlier. If done in a systematic manner, ayurveda can provide invaluable insights into our physiology and pathogenesis of different diseases linked to individual physiologies.

But, reviving pickles or eating more curd is not the solution. Yes, they are good. More than a century go, Nobel laureate Ilya Mechnikov saw that those eating fermented food were living longer in eastern Europe. That was a pointer for us to do more, and not just be happy with curd. Many countries eat fermented food or milk products. But, there are countries like Ghana where no one consumes curd, and other than babies, milk is not a part of the common diet for a child or adult. But, they are not terribly unhealthy. What do they eat? How do they develop a healthy gut microbiome? What part of their diet contributes to a protective versus a diseased gut flora?

Answers to all these types of questions are there in our ayurveda. Why should a leaf or flower be plucked on a moonlit or new moon night (not during the day), and should be taken with certain type of food to experience its healing properties?

I sincerely hope that a few young Indians will get vested in ayurveda and bring India to the center stage of medicine.

Would you say that the work on gut microbiome would be the next frontier of research when it comes to treating or preventing diseases?

It is difficult to say if gut microbiome will be the next frontier, but definitely one of the frontiers. The reason to support this lies on the fact that the gut is the largest immune organ (size of a tennis court when all villi—a fingerlike projection of the lining of the small intestine—are opened up) in the body, and the number of bacteria residing there is ten times the total number of cells in a human body. We have to examine them to harness their power and use them to our advantage. We live in a very polluted, artificial environment today. Plus, we take antibiotics as chocolates, killing all good bacteria in our body. And, all the processed food and food additives. The rate at which we damage our gut flora or have already damaged, it cannot heal on its own. We need to identify good, powerful ones and use them to restore a healthy gut microbiota and against specific disease conditions. That will be the next frontier!