Dr Geetendra: The man who Changed the Panorama of Our Education System 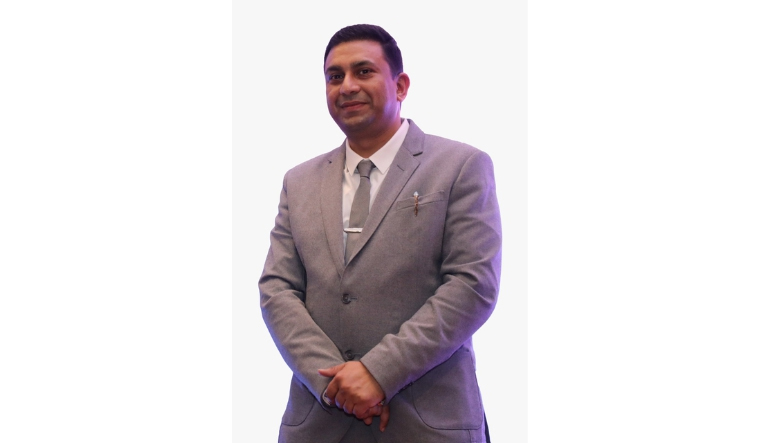 A teacher or a mentor has one of the most influential roles in students' lives. They have the ability to advise, influence, and even help students gain confidence. The authority that comes with teaching entails significant responsibility. Anyone can easily master any subject and start teaching. However, a good mentor needs to communicate, listen, believe in teamwork and can adapt. Most importantly, they should be empathetic and patient with students. One such person who believes in creating an engaging classroom presence understands the importance of real-world learning, and has a lifetime passion for learning is Dr Geetendra Singh, the founder and CEO of Biomentors Online.

Dr Geetendra Singh himself is a diabetologist; however, teaching was something that he was always incredibly passionate about. So, while completing his MBBS from Gandhi Medical College Bhopal, he started teaching students on the weekends to help them crack NEET examinations. Due to his one-of-a-kind teaching methodology, he became a very famous teacher, and as a result, various renowned coaching institutes approached him. Initially, he refused to join hands with them due to his studies but later, in the year 2002, he joined one of them. There he got a chance to teach 2100 students in a day, and this made him even more inclined toward teaching.

Eventually, in 2008, he started his own NEET exam institute in Bhopal with the name Biomentors . However, in 2012, he had to shut down the institute for some reasons, and he further went on to pursue his postgraduate studies at CMC Vellore in Family Medicine. After that, he did his PG in Diabetes from John Hopkins Medical University, USA and then later served as a regional bank medical officer in NABARD Madhya Pradesh. Life once again had everything planned differently for Dr Geetendra Singh. In 2015, he shifted to the city of dreams, 'Mumbai', to fulfil his dreams. There the starting days had some ups and downs as he faced many challenges while establishing himself as a renowned diabetologist in Mumbai. He opened his clinic in the BKC area of Mumbai but had very few visitors in the daytime. However, then also he did not give up and started investing his free time in doing something he liked. He made a YouTube channel in 2017 by the name Biomentors Online and uploaded a plethora of insightful lectures.

In no time things started falling into place for Dr Geetendra Singh and the subscriber base of his YouTube channel grew rapidly. Seeing the growth of digitalization and the need for the hour, he launched a web portal for Biomentors Online with just an investment of INR 17,000. He started everything from scratch and was a one-man army, but over the years, the turnover was in crores, and the team expanded to 143 members. Biomentors Online does not only believe in teaching and making profits but also in social entrepreneurship. The institute puts most of its profits toward scholarships for those in need. At present, Biomentors Online is one of the trusted names in the Indian education sector

While sharing about his journey, Dr Geetendra Singh says, "My pathway to success was not an easy one. The initial days for Biomentors online were a bit harsh as the earnings were low and the expenses were increasing. So to meet the expenses, I had to sell one of my properties, and after working round the clock, the venture finally became self-sustainable. We did get a lot of offers for funding; however, we turned them down because we did not want to compromise with our working model, which included social entrepreneurship. Our fine-quality teaching methods are what we never compromise on, and we do want to create a massive impact on the youth of today. I firmly believe in the laws of thermodynamics that energy never is wasted. It only transforms in other forms and keeping the same in mind, and I want to help the EdTech sector witness new horizons of success."

Till now, more than 14000 students who studied from Biomentors Online have got admission to top medical colleges. That is because, under the able leadership of Dr Geetendra Singh, the EdTech platform never treats students like customers and always keeps transparency with them. Keeping their motto, 'education for all; without quality fall' alive, the team Biomentors Online is looking forward to establishing a command centre for Biomentors commandos (Students). Dr Geetendra Singh is even looking for strategic partnerships with VCs who are interested in bringing change in the EdTech realm. Furthermore, he wants to keep striving for making Biomentors Online an even bigger name in the industry.