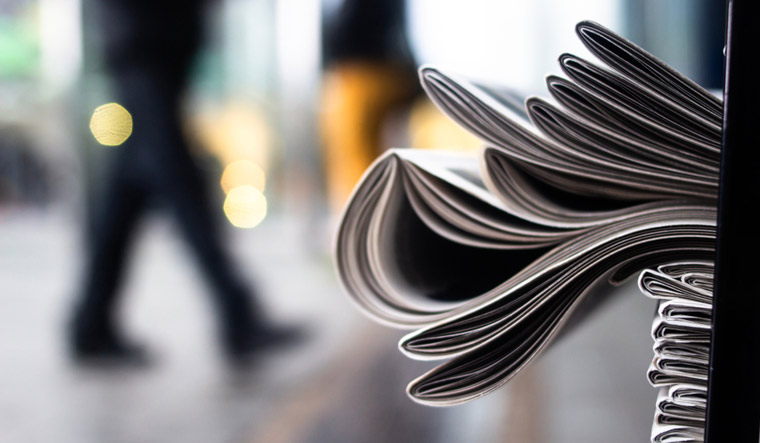 Paper as a commodity has always been a vital aspect of our country’s educational system. The education system was particularly hard hit by the COVID Pandemic, with each stakeholder being negatively affected by the onslaught of regular lockdowns. With the schools closing down, our student community, the future of our country, faced a bleak period of uncertainty. Textbooks and printed educational material, which had traditionally been the backbone of our learning methodology, were particularly disrupted with the advent of online methods of teaching and learning. But it is clear that the offline education system and classroom teaching hold much more importance than online teaching methods. Thanks to NEP 2020 and various measures to speed up growth-based education in India. The trends have started in a positive mode, but the reality is that the use of paper in the shape of textbooks, notebooks, and stationery plays an important role in the whole existence, maintenance, and growth of the education system in India. A shortage in paper availability in India and a sharp rise in paper prices in the past months have projected a situation in which the school education system has now begun to get somewhat suffocated. 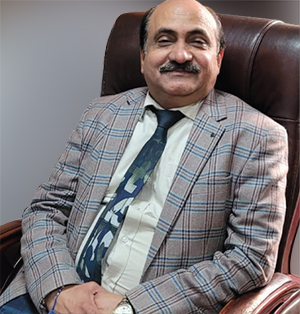 It is important to give an overview of the school education system in order to properly summarise the serious situation that is presented to us. There are currently approximately 15 lakhs schools in India. These are mainly run at the Central, State and Local levels. National Boards like CBSE and CISCE have only about 25000 and 2600 affiliated schools, respectively. This means that the largest student population in India are associated with the schools run by state governments and local administrative bodies. The whole structure of education in India is still heavily dependent on paper. In the past few months, there has been a heavy paper shortage in the educational industry, which has led to a rapid rise in the prices of paper in India. If the paper becomes unavailable, the education system comes to a standstill. Similarly, if books, notebooks and stationery become unaffordable, the education system also gets defeated. This situation has become more and more severe day by day, and it has begun to eat up the vitality of the education system in India. This, in turn, puts the economy’s growth and human resources terribly at stake in the country.

The Government of India, the State Governments, and the voluntary organisations involved in education must take immediate cognisance of this future crisis of paper shortage and skyrocketing paper prices in India and make all-around efforts to control this problem.

There are several market forces which have added up in the year 2022 to push up the paper crisis, especially the factor of its availability in India. One of the major reasons for shortages is the forced changes and disruptions in the manufacturing and supply chain processes of paper as a commodity in India in the past two years due to COVID-19 and also the subsequent increase in demand in the post-COVID-19 stage. In recent years, there has been a sharp decline in the supply of raw materials such as pulp and chemicals. The imports from European countries of scrap paper, pulp, waste-cuttings, pulp, etc. have been almost stopped, and this has terribly impacted several local manufacturers of paper whose machines had been based on the process of recycling scraps. Several paper mills had to permanently close their factories because of unbearable losses faced by them during the COVID-19 period. Some of the mills switched from producing paper to making cardboard packaging due to the rise of e-commerce and its allied industries, which need large volumes of packaging materials. Transportation and back-breaking supply-chain issues create a serious problem for paper-based work in India. Imports of paper were sought, but they, too, failed to provide relief as they became increasingly expensive and problematic.

Paper mills which survived the COVID pandemic have, in turn, started taking undue advantage of the situation and, as such, resorted to pushing up the prices of paper ruthlessly, solely intended to exploit the market as well as the users. The surviving paper mills are pushing up the prices by stockpiling and thus driving up market prices. The supply chain constraints and turn-around periods for the supply of raw materials have risen to more than 100 days, thus creating a large demand-supply gap in the market. On top of this monopolistic act of hoarding, the installed capacity of production of the paper mills has not increased in the past few years, whereas the demand for paper consumption has increased by leaps and bounds. The supply is not matched with the demand.

Due to the ban on the generous use of plastic in common life implemented by the Government of India, many items of public consumption, such as bags, tumblers, plates, cutlery, straws, etc., have now begun to be produced as made out of paper. This has reduced the availability of paper for educational stakeholders in India by almost 25 % in the last year.

There has been a manifold increase in the use of printers in the homes and offices of people in India. As per a study, the use of A4 size paper in India has increased exponentially in the past 3 years. This, again, has terribly impacted the availability of paper for other educational purposes in India. There has been a tremendous increase in the export of paper from India on account of better prices and various other reasons. This again added to the cause of the shortage. Several paper mills in India have shifted their manufacturing work from White Paper to Kraft Paper as they have found the latter to be more lucrative.

If India has to grow at a pace, it cannot endanger the education system and crores of young learners, which shall be the backbone of the country’s future. Higher paper prices will lead to higher prices of finished goods, thus leading to an exponential increase in the cost of education for a child. Left unchecked, this will eventually lead to a large percentage of underprivileged students dropping out of the formal educational system. The government and the people should take immediate and deeper cognisance of this problem and initiate measures to control the situation. If it does not happen, it is bound to damage the education system and deter the overall growth of the country. Some of the measures which can be taken are the following:

Education sector should get special protection: The paper merchants and the industry stakeholders are relentlessly increasing the paper prices by more than 8-10 per cent every 2 months. Over the past 12 months, some paper mills have increased their prices by more than 100 %. Due to this, the education industry and its promoters will come to almost a halt very soon. Hence it is in the urgent national interest that a controlling measure is immediately adopted at the level of the Government of India to control this crisis. The Government can make laws and introduce systems which, in turn, will enable those involved in educational pursuits to obtain the paper at reasonable prices and quantity. It may, in turn, restrict the exploitative paper mills and streamline the supply of usable paper.

Order to stop the export of paper for its diversion towards users involved in educational pursuit: The Government of India can consider putting some sort of temporary restrictions on the easy export of paper from India in the wake of the domestic crisis. Yes, exports do help the country in the long run, but the immediate need is to put some restrictive measures in place to help stem this undue super inflationary environment.

Reduce Custom Duty Charge on Import of Paper for educational purposes: To avert the immediate crisis, a relief must be given to the plethora of organisations involved in education by allowing them a temporary exemption or discounts over the customs duty on the import of paper from foreign countries.

Reconsider GST on paper use for educational institutions: Those who are involved in educational pursuit need sustainable infrastructure and system to carry forward the work being done for the noble cause of education in the country. It will serve as a saviour if those who are into educational pursuit are given certain relief from the current 12 % GST imposed on printing paper for educational curriculum. A relief up to a reasonable and bearable level, especially for the organisations involved in the pursuit of education in India, such as book publishing, notebook manufacturing and stationery manufacturing, will save the nation to some extent from this invasion of back-breaking crisis.

Steering Committee for Regulation of paper-based educational businesses in India: If certain governmental bodies are created to control and streamline the supply and use of paper for all those who are involved in the educational pursuit, it will serve in a meaningful way to reverse all the negative trends at least to some extent.

The Indian economy is at the take-off stage. The whole world looks at India with hope as a potential market. The aspirations regarding faster growth in India are high not only within the country but even at the international level. Improvement of the Indian education system is critical for meeting such high-profile national and international aspirations. The prestigious and widely-praised NEP 2020 puts up a highly ambitious plan for the speedy and holistic growth of the education system in India. It aspires that its students should excel in 21st-century skills with equitable and competency-based growth. It has to attain the SDG4-based targets set by UNO by 2030 and register excellence in PISA tests. A major part of its population, almost 32%, is in the age group of students, and as such, India is seen as a major supplier of the workforce all over the world in the future.

The subsequent paper crisis is a bane to the plan of education in India. On higher priority, this situation must be contained and removed. This can happen through comprehensive support from the Government of India and collective efforts by all the stakeholders in education to bring about better conditions of work.